The Wisconsin 9/11 Memorial & Education Center in Kewaskum was filled with people commemorating the attacks' 20th anniversary on Saturday.

While the attacks happened states away, a piece of what happened that day now sits in southeastern Wisconsin.

"We really appreciate the outpouring, and this is why we built this," said Fuzz Martin with Kewaskum Remembers 9/11, Inc.

A steel beam from the north tower of the World Trade Center is part of the Wisconsin 9/11 Memorial & Education Center.

"This coming together of people for one cause to show their memories and show their support, it’s very important to us as a community. Not just Kewaskum but as a community of Americans," Martin. 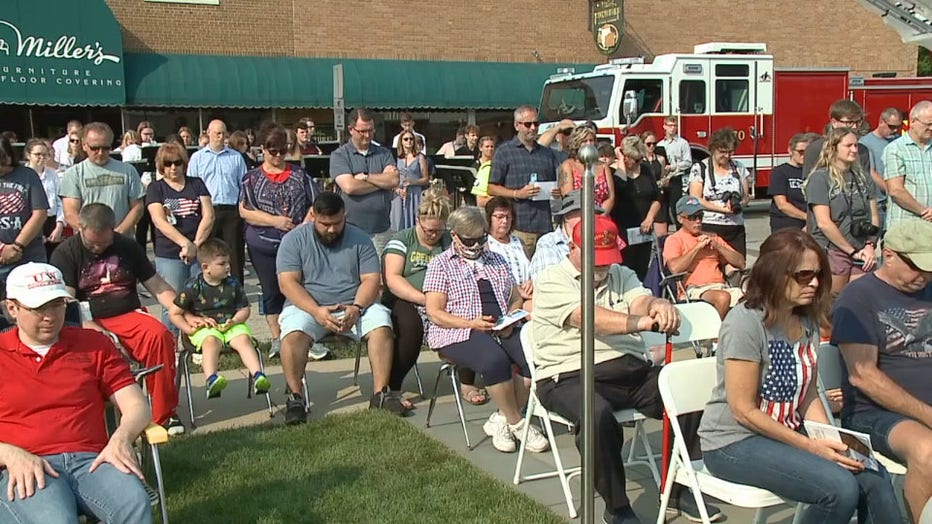 Remembrance ceremony at the Wisconsin 9/11 Memorial

Saturday's ceremony was the first event since the memorial's official opening. As Wisconsinites paid tribute to the victims of the 9/11 attacks, local officials hope the community will come together like America did 20 years ago.

"We don’t come together for much at all anymore. It’d be nice to have that feeling of unity once again," said Kewaskum Police Chief Thomas Bishop.