Winter weather welcomed by many in Walworth County

The Walworth County director of public works told FOX6 that 30 plow drivers will be working throughout the night, in addition to local and private plows.

As the white stuff accumulated with ease, and with more on the way overnight, some shoveling on Tuesday night told FOX6 News they don't mind winter's late arrival.

The snowfall covered streets, sidewalks and parked cars within minutes. It was a surprise to the Caparos family, who is in town for the holidays.

"We were just hanging out at the house, and then we just came here to do an escape room, came out and we saw a lot of snow in a short amount of time," Connor Caparos said. 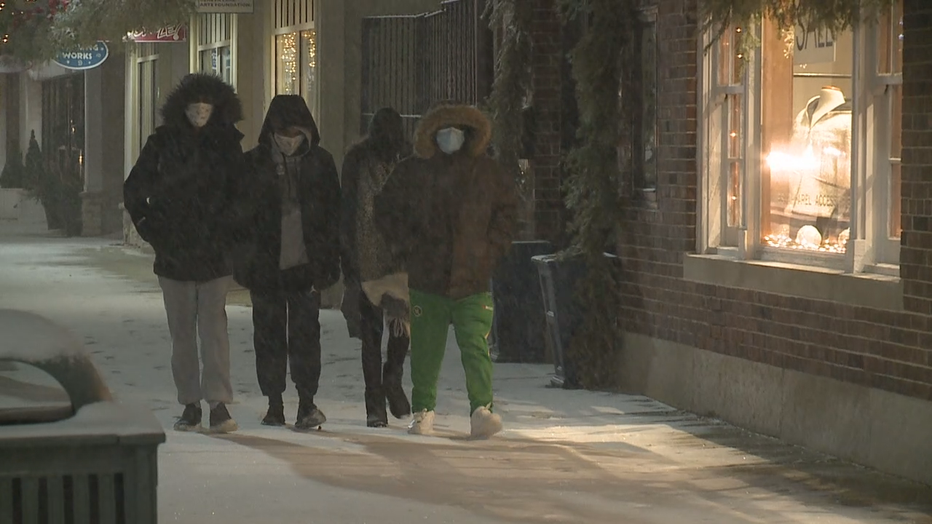 The Caparos, like many on Tuesday night, didn't seem to mind. 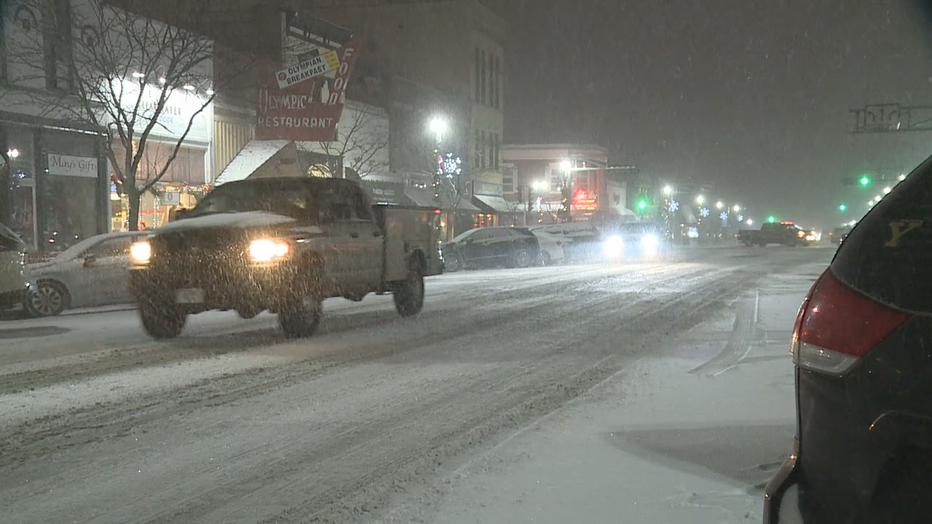 About two hours in, Champs Sports Bar & Grill manager Francis Camacho grabbed his shovel and got to work.

"I love the snow. It's part of the reason why I live in Wisconsin. I would like to live somewhere where it does have more snow," Camacho said. "I mean, I was pretty upset when Christmas didn't have anything." 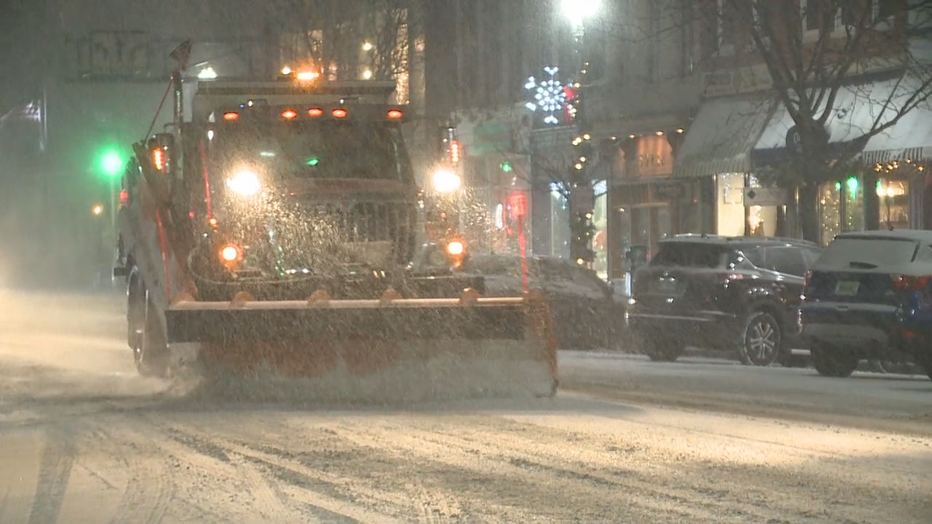 Throughout the night, city and Walworth County plows made their way through the streets -- dropping salt when the snow began falling, then dropping their blades a little later.

In all, it was the start of a long night of snow removal in Walworth County.

"It will take continuous management of the roads. We will prioritize our interstates to get 24-hour coverage. That's the state standard," said Richard Hough, Walworth County director of public works.

Hough told FOX6 News that he has 30 drivers working through the night and back in the morning to clear the snow. Those drivers are in addition to the local and private plows in other areas.

A winter weather advisory has been issued for southeast Wisconsin to be in effect from 6 p.m. Tuesday, Dec. 29 until noon on Wednesday.