LOS ANGELES -- U.S. Centers for Disease Control and Prevention Director Dr. Robert Redfield said Tuesday if all Americans wore a mask it could bring the COVID-19 pandemic under control in weeks. 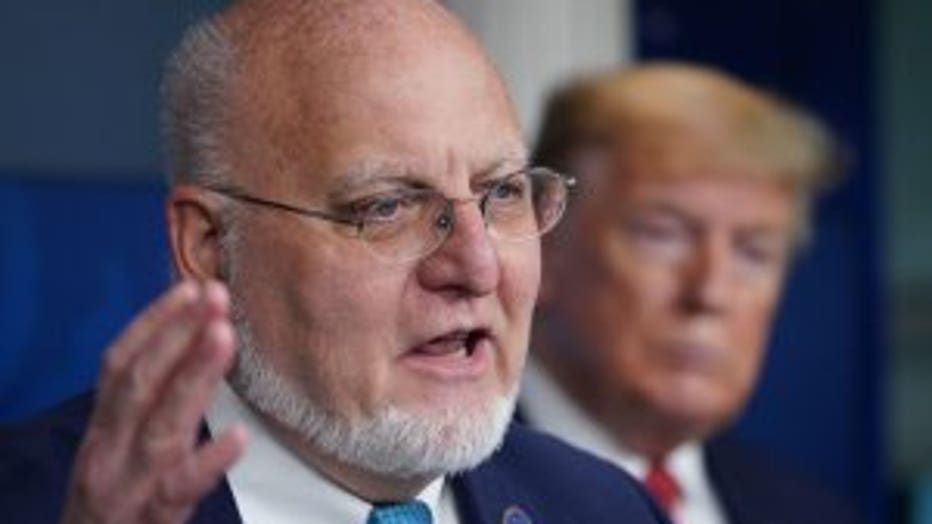 Redfield spoke in an interview with the Journal of the American Medical Association (JAMA) regarding an editorial piece Redfield contributed to in the medical publication. The editorial, titled, “Universal Masking to Prevent SARS-CoV-2 Transmission—The Time Is Now” commented on various studies.

The CDC director said if the American public embraced masking now and did it rigorously, the U.S. could see relatively swift changes in the trajectory of the pandemic.

“If we could get everybody to wear a mask right now, I really do think over the next four, six, eight weeks, we could bring this epidemic under control,” Redfield said.

Surgeon General Jerome Adams also said the U.S. could slow new novel coronavirus infections in two to three weeks if everyone does their part by following CDC guidelines, including mask wearing and social distancing.

He appeared on CBS’s Face the Nation on June 12.

“So, while we're seeing cases rise, we can see cases go down just as quickly if the American people will do the things that we know slow the spread of this disease, including wearing a face covering,” Adams said. 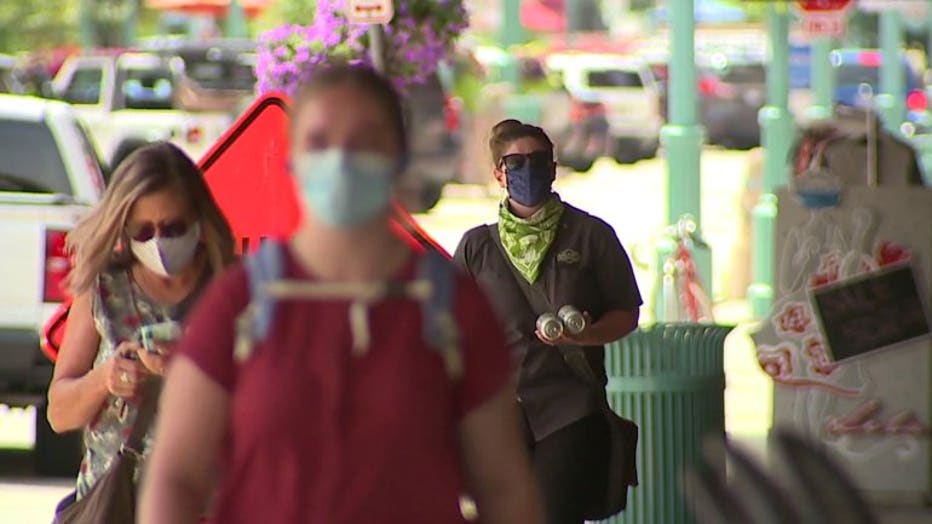 In March, Adams told CBS’s Face the Nation that masks do not work for the general public in preventing them from getting coronavirus, sending a mixed message to the public.

Adams responded to his previous statements, saying, “We've learned more about asymptomatic spread. Up to 50 percent of people who can spread this disease, spread it without having symptoms. And that's why the American people need to know that science is about giving the best recommendations you can.”

Now, Adams wants people in America to know that it is important to wear a face covering.

And he’s not alone. According to Goldman Sachs, wearing a mask could also have an economic benefit. The investment bank released an analysis on June 29 that made an economic and medical case for a mandate.

The Wall Street bank studied the link between COVID-19 infections and mask madates across the country. The study found that the mandate could prevent the need for lockdowns that could prevent a 5% GDP loss.

“So just as we've seen cases skyrocket, we can turn this thing around in two to three weeks if we can get a critical mass of people wearing face coverings, practicing at least six feet of social distancing, doing the things that we know are effective.”

Redfield mentioned that he was “sad” to see the public health issue becoming politicized.

“Masking is not a political issue, it’s a public health issue. It really is a public responsibility for all of us,” Redfield said.

But Redfield said he is heartened to see more people wearing a mask, including President Donald Trump and Vice President Mike Pence. “We need them to set the example,” Redfield said.

President Trump wore a mask during a visit to a military hospital on Saturday, the first time the president has been seen in public with the type of facial covering recommended by health officials as a precaution against spreading or becoming infected by the novel coronavirus.

President Trump flew by helicopter to Walter Reed National Military Medical Center in suburban Washington to meet wounded service members and health care providers caring for COVID-19 patients. As he left the White House, he told reporters: “When you're in a hospital, especially ... I think it’s a great thing to wear a mask."

President Trump was wearing a mask in Walter Reed's hallway as he began his visit. He was not wearing one when he stepped off the helicopter at the facility.

The president was a latecomer to wearing a mask during the pandemic, which has raged across the U.S. since March and infected more than 3.2 million and killed at least 134,000. Most prominent Republicans, including Vice President Mike Pence, endorsed wearing masks as the coronavirus gained ground this summer. Republican governors have been moving toward requiring or encouraging the use of masks as the pandemic has grown more serious in some states in the South and West.

President Trump, however, has declined to wear a mask at news conferences, coronavirus task force updates, rallies and other public events. People close to him have told The Associated Press that the president feared a mask would make him look weak and was concerned that it shifted focus to the public health crisis rather than the economic recovery. They spoke on condition of anonymity to describe private matters.

While not wearing one himself, President Trump has sent mixed signals about masks, acknowledging that they would be appropriate if worn in an indoor setting where people were close together. But he has accused reporters of wearing them to be politically correct and has retweeted messages making fun of Democratic rival Joe Biden for wearing a mask and implying that Biden looks weak.

Questions remain whether President Trump will wear a mask with any regularity.

Redfield said that widespread adoption of facial coverings could prove critical in stemming the tide of the virus’ rapid spread across the U.S. If the public follows CDC guidelines such as mask-wearing, washing hands, and social distancing, Redfield said the U.S. could see lower rates of transmission of the novel coronavirus.

Studies on the effectiveness of masks

The editorial Redfield contributed to JAMA, which was released Tuesday, provided data to emphasize that masking helps prevent transmission of SARS-CoV-2.

One study referenced in the publication tested the implementation of mask wearing for 75,000 health care employees.

Numerous other studies have shown that wearing a mask is an effective way to lower the risk of COVID-19 transmission.

According to a widely-cited coronavirus pandemic model used by the White House, if almost everyone wears a mask in public over the next few months, tens of thousands of lives could be saved in the United States.

The projections, from the Institute for Health Metrics and Evaluation (IHME) at the University of Washington, compared different actions to control the spread of COVID-19.

"People need to know that wearing masks can reduce transmission of the virus by as much as 50 percent, and those who refuse are putting their lives, their families, their friends, and their communities at risk," IHME said in a statement.

Dr. Richard Davis, a clinical microbiology lab director at Providence Sacred Heart Medical Center in Spokane, Washington, shared a series of photos on Twitter of an experiment that demonstrated the effectiveness of wearing a facial covering amid the ongoing pandemic.

The doctor’s experiment showed how effective masks were at blocking respiratory droplets from an individual’s mouth.

But Davis found that the material of your mask does matter.

A recent study from Florida Atlantic University, titled “Physics of Fluids,” found which types of masks offer the best protection against the novel coronavirus.

Researcher Siddhartha Verma and his team experimented with different choices in material and design to “determine how well face masks block droplets as they exit the mouth,” the study explained.

The researchers found that well-fitted homemade masks with multiple layers of quilting cotton offered the best protection. These masks significantly reduced the number of droplets, according to their findings.

While studies continue to illustrate that masks are important, Verma said that they are not a substitute for social distancing.

“If you take a look at the visuals, you can see there’s a lot of leakage from the sides and from the top, even for the best mask.” Verma said. “So masks are not 100 percent effective. Using a mask doesn’t reduce the risk of transmission to zero. That’s why it’s so important to use a combination of masks and social distancing.”