Dr. Heather Holbach at FSU'S Center for Ocean-Atmospheric Prediction Studies speaks with LiveNOW from FOX's Josh Breslow about the uncertainty surrounding the projected path for Ian, expected to make landfall along the western coast of Florida.

Given Florida’s unique coastline, the topography lends itself to the state being highly susceptible to storm surge flooding during hurricanes.

Storm surge is the rise of water levels caused directly by a storm and does not take into account rainfall or wave size, which can add additional feet on top of a storm’s surge.

The size of a tropical cyclone’s storm surge is closely connected to a system’s ranking on the Saffir-Simpson Hurricane Wind Scale.

A Category 1 hurricane is capable of producing a storm surge of around 4 or 5 feet, while Category 5 storm could lead to a water rise of 18 feet or more. 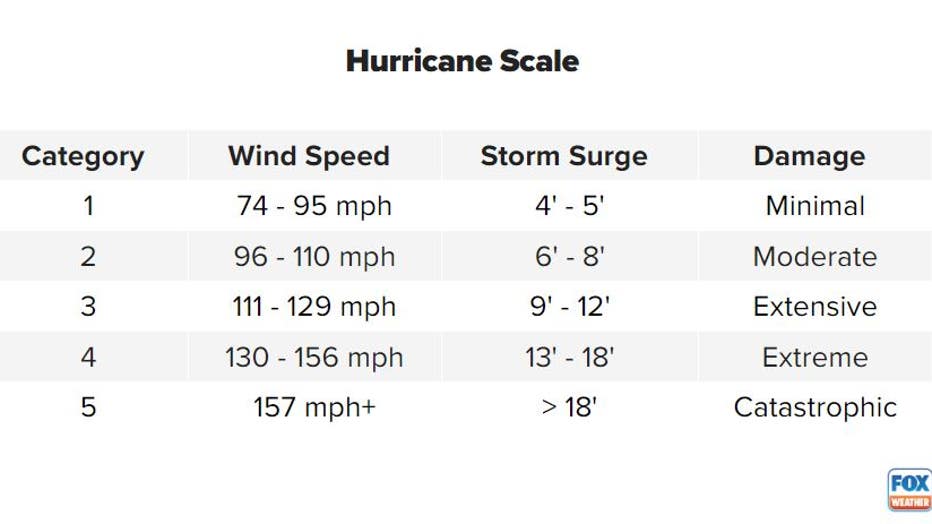 The National Oceanic and Atmospheric Administration says storm surge is often the greatest threat to life and property and accounts for nearly half of the deaths associated with a landfalling tropical cyclone.

KNOW YOUR ZONE: FLORIDA EVACUATION MAP SHOWS WHO WILL HAVE TO LEAVE BEFORE A HURRICANE STRIKES

Due to the significant threats posed by storm surge, the National Hurricane Center began issuing storm surge alerts for the U.S. coastline in 2017.

The alerts take into account the forecast track, intensity, size of the tropical cyclone, land elevation and astronomical tide levels.

Studies have identified nearly 3 million homes in the Sunshine State that are vulnerable to a storm’s storm surge, which can impact many of the state’s 67 counties.

While it is too early to determine the exact impacts from Ian, the tropical cyclone is expected to gather strength and threaten part of the Sunshine State over the workweek.

The Tampa Bay region is located on the west coast of Florida and is home to more than 3 million people, according to a recent census count.

The major coastal counties that make up the metro include Pinellas, Hillsborough and Manatee.

Historical data from NOAA shows the Tampa Bay region has not experienced a major storm surge from a significant hurricane in more than 100 years.

A study by the University of South Florida found that flooding of the Tampa Bay metro depends on a storm’s exact angle of approach. A storm south of the entrance of the bay can lead to a northeast flow, which works to limit a significant water rise. A storm near or slightly to the north of the bay’s entrance can lead to a substantial pileup of water and catastrophic flooding.

The study found a Category 2 hurricane can lead to limited, significant flooding, while a Category 4 storm or higher would be catastrophic. 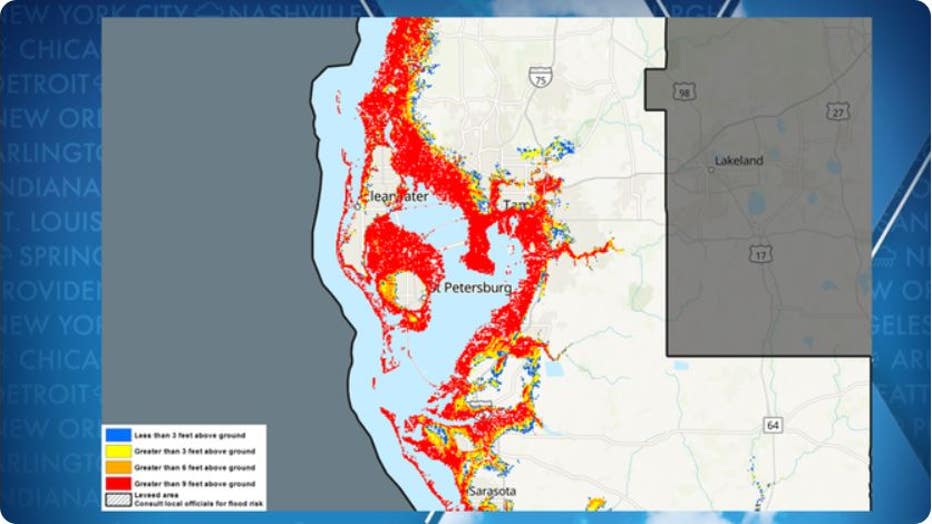 SLOSH model for impacts of a catastrophic hurricane on Tampa Bay

NEW TO FLORIDA? HERE’S A GUIDE TO HELP PREPARE FOR YOUR FIRST HURRICANE SEASON

The National Weather Service has labeled Apalachee Bay as one of the most surge-prone areas in the country.

The shape of the coast and the shallow shelf waters allows water to funnel in during even the weakest of storms.

During recent decades, the region has been spared from significant landfalls compared to other areas along the Gulf Coast. 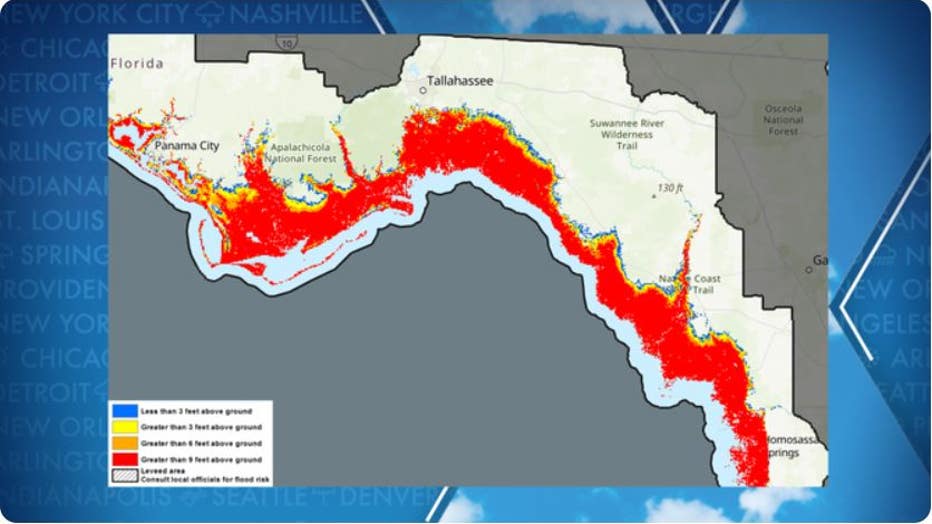 The NWS said due to a quick elevation rise from the coast to inland communities, storm surge is mostly confined to immediate coastal areas.

Perdido Key, Pensacola Beach, and Okaloosa Island are highly susceptible to hurricane strikes because the areas are barrier islands and provide a buffer to the mainland.

Bays and other low-lying waterways can see significant water level rises due to storm surge. Areas around Perdido, Escambia and East Bays are considered by the NWS to be vulnerable to a significant hurricane strike. 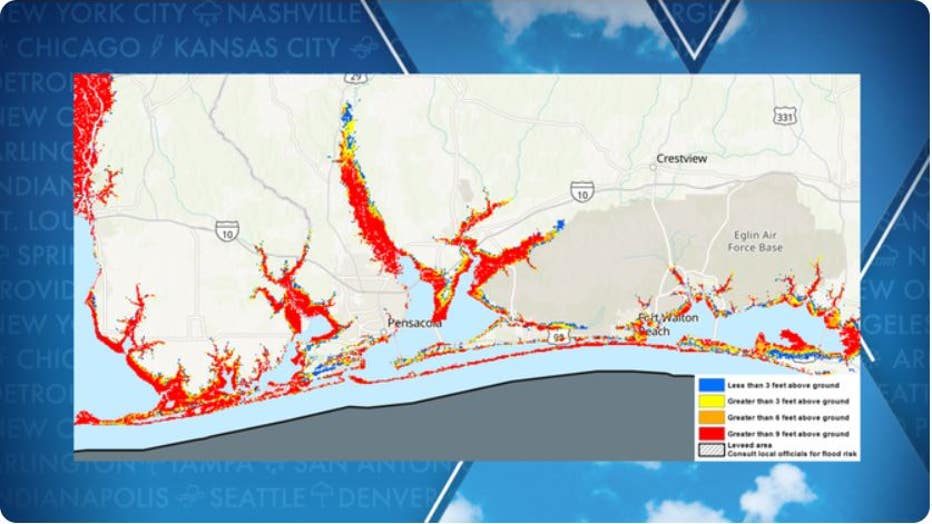