YORKTOWN, N.Y. -- Robert Santoli may be the greatest Wheel of Fortune player ever -- but not many people saw his incredible domination.

Because of the NCAA Tournament on Friday, March 25th, Santoli's Wheel of Fortune episode did not air in many cities. Despite being preempted by basketball madness, he put on one of the best performances in game show history by nearly sweeping the game and solving one puzzle with only one letter on the board.

Santoli won $76,000 in total after correctly solving the final puzzle. He also won two cruises during the show. But how did he do it?

Santoli shared some of his secrets and strategies when he spoke to TAP Into. The contestants were told their show was sponsored by Carnival Cruise Line, which led Santoli to create a study guide of possible puzzle solutions.

"The instant I got my theme, I immediately came up with an ever-growing list of puzzles themed towards cruises, sailing, fish, boats—anything on or in the water,” Santoli said. "As soon as I saw that ‘Places’ was the category, I had a hunch and then I saw four blanks, an ampersand (&) and nine blanks, and my face just lit up."

Santoli guessed PORT & STARBOARD -- and he was correct. He continued: 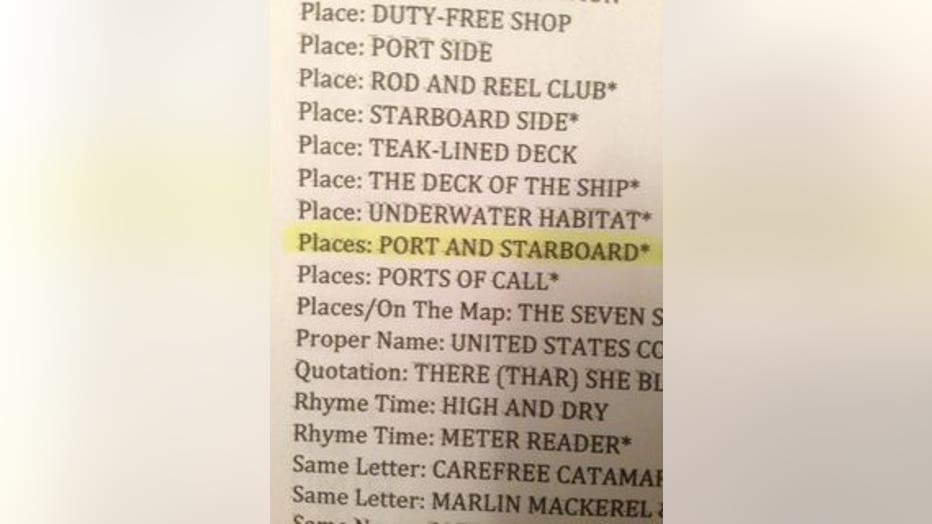 "I spent the days before our trip compiling a list of possible puzzles and key words themed toward sailing, cruising, water and even fishing. There are websites that keep track of past "Wheel of Fortune" puzzles, so I did some research on previous weeks themed toward these things and wrote them down. The show does sometimes repeat puzzles, especially themed ones. "Port & Starboard" had been used at least twice before my show, both times as a Toss-Up puzzle.

Santoli, a user on the Buy A Vowel message board, wrote a puzzle-by-puzzle breakdown of how he dominated the game. He even shared a photo of his study guide that shows "PORT AND STARBOARD" was on his study guide.

Santoli also explained how he correctly guessed a toss-up puzzle with only three letters shown:

Santoli said he plans to use his winnings to pay off student loans and purchase or lease a car.