And they say the number one reason is bad behavior by coaches and parents.

FOX6 Investigators show you what some local schools are doing to try and round up new recruits.

Another day, another video of adults behaving badly at youth sporting events. The most recent - a June 16th brawl in Colorado at a baseball game for 7-year-olds, after a controversial call by a 13-year-old umpire.

"This is nuts!" said Barry Mano, founder of the National Association of Sports Officials in Racine. Mano said there's been a recent spike in youth sports outbursts, especially those aimed at officials. 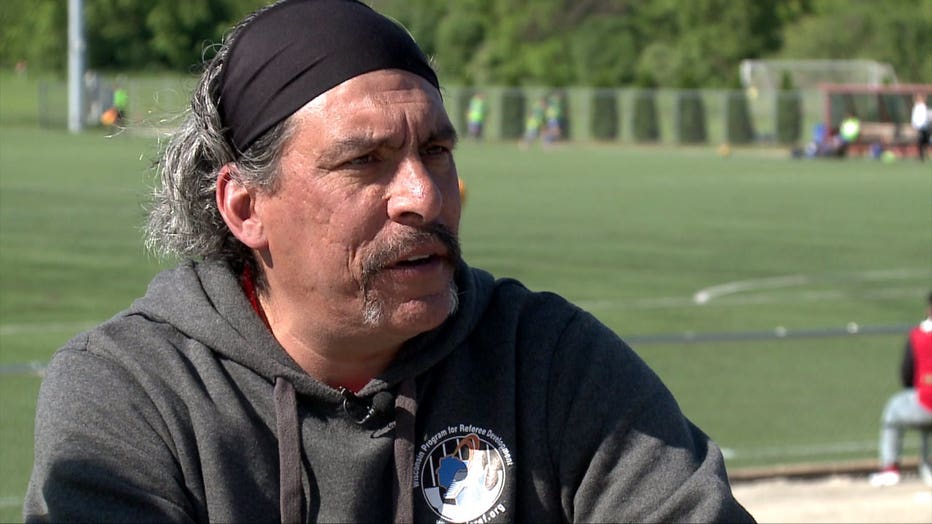 "There are two things going on. One is I think there is more of it and two, they have become more visible," he said.

Thanks to viral videos, Mano says the world is finally seeing why referees are getting harder to recruit and retain.

Salvador Garcia is in charge of developing more than 3,500 youth soccer referees across Wisconsin.

"We never have enough referees to fill the assignments. We're always short," he said.

Every year, Garcia says, roughly 30 percent of their officials quit. The number one reason? Abuse.

A nationwide survey of more than 17,000 sports officials found about one-third have feared for their safety during or after a game. And 13-percent - about one in seven - say they've been physically assaulted. But Garcia says it doesn't take physical contact to deter young referees from sticking with the job.

"At the younger ages, it isn't the physical abuse that scares them away," Garcia said. "It's the verbal abuse."

"There's been instances where 15, 16 year old kids are followed out to the parking lot by a group of adults," he said.

Garcia and Krzyzaniak say coach and parent behavior is a mounting crisis that is driving good referees away. Still, they say if young officials can weather the first few years of tirades and insults by coaches and fans, they'll have what it takes for a long career behind the whistle. 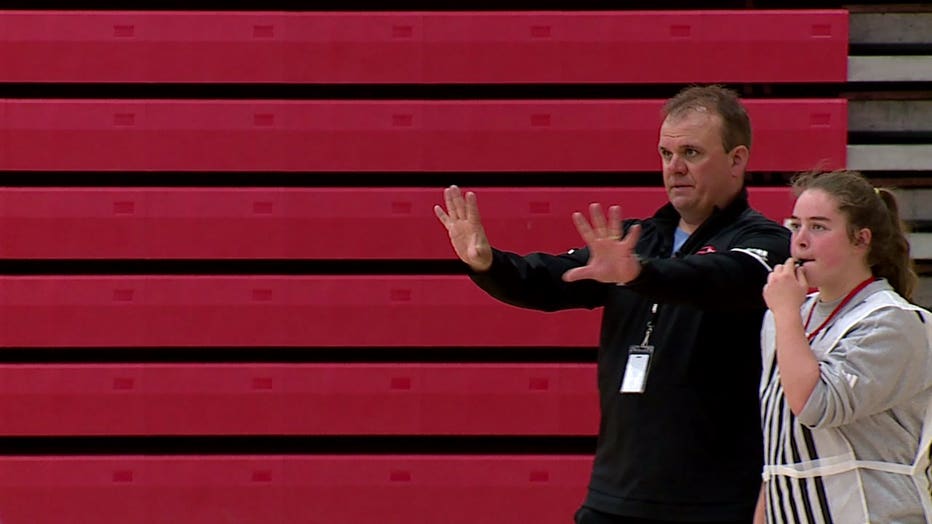 "Becoming a referee is a life-changing endeavor," Krzyzaniak said.

And that is why Jeff Staus isn't just teaching students how to play sports, he's teaching them how to officiate.

"Without officials, we don't have any game," he said.

Staus is a health teacher, gym teacher and the head soccer coach at Arrowhead High School.

"There is a great need for more officials, education of officials," Staus said.

This past school year was Arrowhead's first offering a class specifically aimed at teaching students how to become both coaches and sports officials. For most students, it's their first exposure to the idea of wearing a whistle and enforcing the rules of the game.

"The education piece is so big, the more classes like this - I know Portage is doing just an officiating class - you see more and more of those popping up," Stauss said. 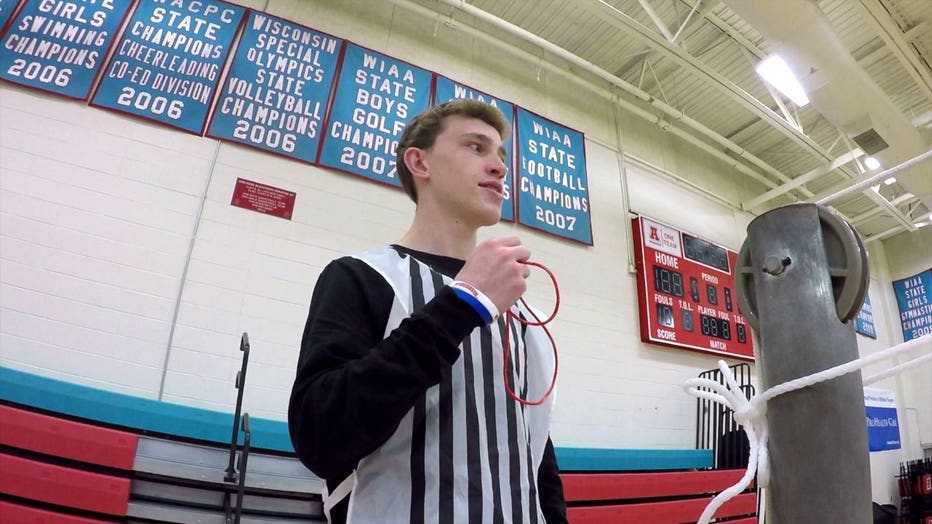 Ethan Johnson says the class inspired him to get training as a soccer referee and baseball umpire, which he now does for pay

For Ethan Johnson, it was more than a class. It was the catalyst for a paycheck.

"The money is good. It's very nice and easy to do and it's pretty fun and is better than a 9-5 job," Johnson said.

He's now a soccer referee and a baseball umpire. He says he's already gotten an earful from misbehaved adults.

'It's happened to all of us," Krzyzaniak said.

Coach Staus knows most of his students will never ref a game, but with a growing need for new recruits, he figures that exposing them to the possibility is a good call.

And they're always looking for help.

The Wisconsin Youth Soccer Association will hold training courses for new referees starting in August and going throughout the fall and winter months.

For more information on becoming a youth soccer referee:
http://wisref.org/referee-courses/new-referee/

Training and development for baseball and softball umpires:
https://www.wuaumpires.com/