Now, a Wisconsin couple is talking to FOX6 Investigators about a controversial test that could save newborn babies from a tragic fate.

Without the test, you won't know if your child has a rare genetic disorder known as Krabbe Disease, and experts say early detection is critical to getting a life-saving treatment before it's too late.

"We've had so many wonderful times together," Randy Thoms said, as he thought about his youngest son, Jeremy. 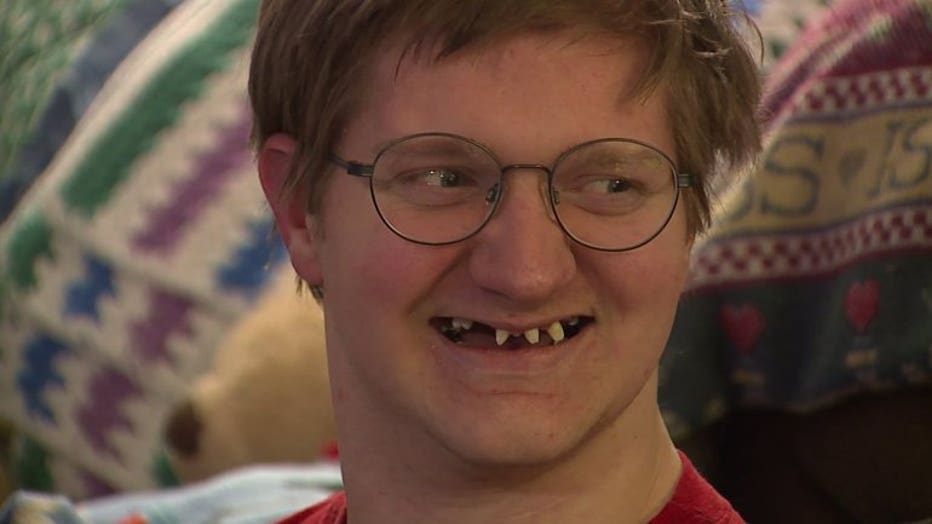 The effects of Krabbe disease on Jeremy's tooth enamel is evident, but it doesn't stop him from smiling frequently and, according to his mother, engaging in practical jokes at the family's expense.

On a recent afternoon, the FOX6 Investigators drove across Wisconsin to meet one of the country's oldest surviving Krabbe patients, who - it just so happens - is a big fan of Star Wars.

"'Luke, I'm your father,'" Randy Thoms says as the two chat about Jeremy's impressive collection of Lego's that fill the living room.

"No," Jeremy promptly corrects the famously misquoted movie line. "It's, 'No... I'm your father,'" Jeremy said.

Raising a child with disabilities may be a challenge, but the Thoms say it's nothing compared to losing one.

Randy's voice catches as he recalls, "I was right by his bedside." 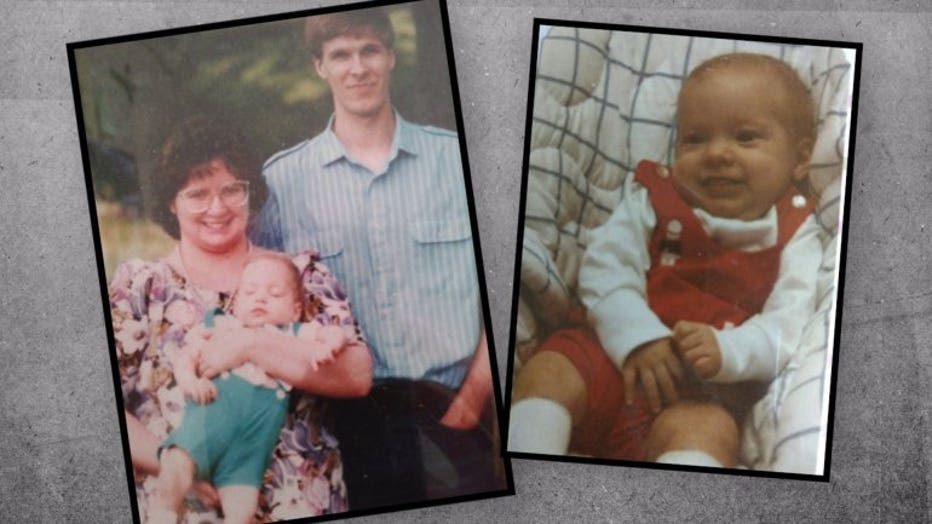 32 years later, there's still no cure for the disease that killed Alex. But there is a treatment.

The proof, they say, is in their living room.

"So how was your day, bud?" Randy Thoms asks Jeremy as he pulls off his son's shoes and wheels him into the living room where Jeremy spends most of his time watching movies, playing video games, scrolling through YouTube or piecing together Legos.

The Thoms say it's a good life, made possible by an older brother Alex never met.

"God took us the long away around to get there. But we have a healthy child," Tanys said.
"And a happy child," Randy said.

The genetic disorder that killed their first son,  Alex, is known as Krabbe.
"It was so heartbreaking," Randy said.

The disease attacks nerve fibers in the brain, causing a seemingly healthy baby to progressively lose both mental and physical function. Most die before the age of two.

"You can imagine how devastating that is to see what looks like a normal baby take that turn," she said.

According to research, 1 in 158 adults is a carrier of the recessive gene that causes Krabbe. That means there's a 1 in 25,000 chance two carriers will have a child together. Even then, there's just a 1 in 4 chance their baby will get both defective genes and develop Krabbe.

"She was like the first girl I ever danced with," Randy said.

Randy and Tanys had no idea they were carriers until it was too late.

"Those were difficult times, for us," Randy said. 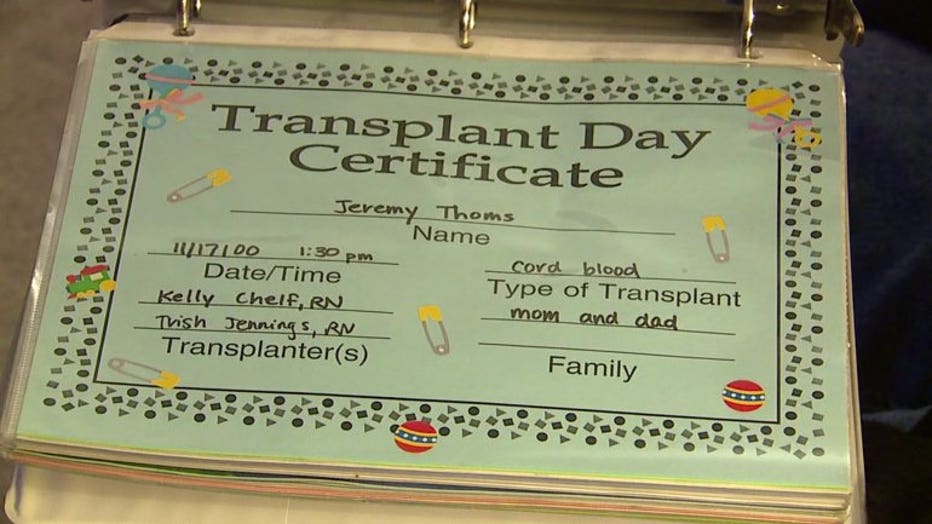 The same week Alex was diagnosed, they learned Tanys was pregnant with Adam - their second child - who is now a fully grown adult, without Krabbe.

Twelve years after Adam was born, Tanys got pregnant a third time.

"I remember hugging her and just saying, 'It's gonna be okay,'" Randy said.

When Jeremy was born in October of 2000 the Thoms had his cord blood tested for Krabbe.

"The doctor came in and she said, 'I have bad news,'"Tanys said.
"And I remember screaming NOOOOO," Randy said.

This time, though, there was hope, thanks to an experimental procedure at Duke University.

"That's him after the transplant," Tanys said, flipping through a photo album they put together.

At 28 days of age, Jeremy received an infusion of stem cells with a cord blood transplant.

"It was very risky," Randy recalls. "We didn't want to lose him but we had to do something to try and save his life."

He was just the fifth Krabbe infant to get it the stem cell transplant. 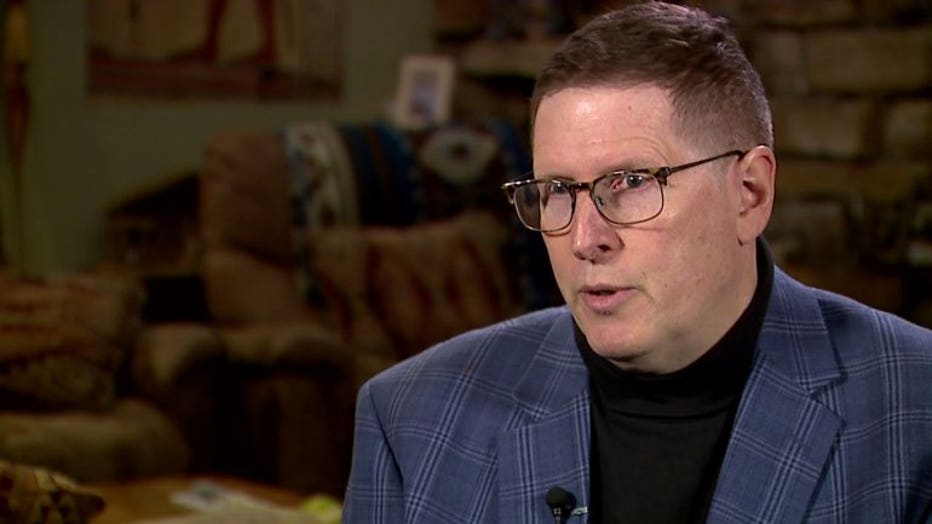 Dr. Robert Steiner is an expert in inherited metabolic diseased, like Krabbe, at Marshfield Clinic. He is also a consultant to the Wisconsin state newborn screening program.

By the age of five, Jeremy had become Wisconsin's poster child for cord blood donations - even got a state law named after him. Now 19, he's now one of the oldest living Krabbe patients in America, but only because his parents knew to have him tested at birth.

"If you wait until symptoms appear, it's too late," Randy said.

The stem cell treatment that saved his life only works if it's administered in a baby's first 30 days alive. The Thoms knew to test Jeremy because Alex had already died of the disease. They don't want other parents to lose a child first. That's why tthey are urging Wisconsin health officials to start testing all newborns for Krabbe before they leave the hospital.

"Newborn screening has been one of the very dramatic successes of public health in the country and in the world," Dr. Robert Steiner, editor of the medical publication Genetics in Medicine and a metabolic disease expert at Marshfield Clinic. He's also a consultant to the state's newborn screening program.

As for adding Krabbe to the NBS program?

"I think we're close, but in my opinion, we're not ready to do newborn screening for Krabbe Disease in Wisconsin," Steiner said.

14 years ago, Dr. Steiner was part of a panel that evaluated more than 80 conditions for inclusion in newborn screening programs across the country. Krabbe scored at the absolute bottom of the list.

"At that time there really wasn't a screening test for Krabbe. There also wasn't widespread awareness of any treatment for it," Dr. Steiner said.

Since then, a half dozen states have started Krabbe testing. More are developing protocols.  The tests are more accurate and more children have gotten stem cell transplants.

"We have patients surviving with Krabbe disease after transplant well into their teens," Dr. Burton said.

"There have been some changes. The changes have been good," Dr. Steiner said.

But so far, the state of Wisconsin has rejected Krabbe testing and Dr. Steiner remains hesitant.

"It's still not clear to me that it's a terribly effective treatment," he said.

A study published in 2017 found that of 18 Krabbe transplant patients followed over a 15-year period-- five died. The rest had cognitive impairments and only three could walk on their own.

"Those children are still left by and large with significant disability," Dr. Steiner said.

Jeremy is a high school graduate who continues to go to school by choice. He's considered a 'super senior.' He stopped walking around the age of seven.  His speech is deliberate and he has seizures.

"He wouldn't be alive today without this," Randy said.

"Their lives are absolutely worth living," Dr. Burton continued "Their families want them. And care about them," Dr. Burton said.

"All I can do is give you my best opinion as a scientist and a doctor," Dr. Steiner said.

Randy and Tanys Thoms are not scientists. They are parents.

"We never got to know our son, Alex," Randy said.

The only evidence they need is right in front of them.

"We know Jeremy," he said. "We know what he likes. We know what his hobbies are. His interests. And his personality. We get to know our son and to experience life with him and that's just so wonderful."

The Wisconsin Department of Health Services estimates that adding Krabbe disease to its newborn screening program would cost about $300,000/year.  With roughly 65,000 babies born in the state each year, it's about $4 dollars per test.

Because Krabbe is so rare, there may only be one baby born with this condition every 2 to 4 years, but for that one family, the Thoms say, the chance at giving their child a longer, better life is priceless.

And their State Senator, Patrick Testin is working on legislation to add Krabbe screening.

If your doctor is not familiar with the condition, we have links to resources here: