MILWAUKEE -- Cedarburg Police cited a high school student for swearing at teachers. Waukesha School District students who show "defiance" or "disrespect" are met with police response and tickets. A Wauwatosa West High School student who set off a stink bomb was ordered to appear in court for a disorderly conduct citation.

Breaking down the data

The National Center for Education Statistics says the majority of U.S. students now have a school security presence, usually in the form of school resource officers. 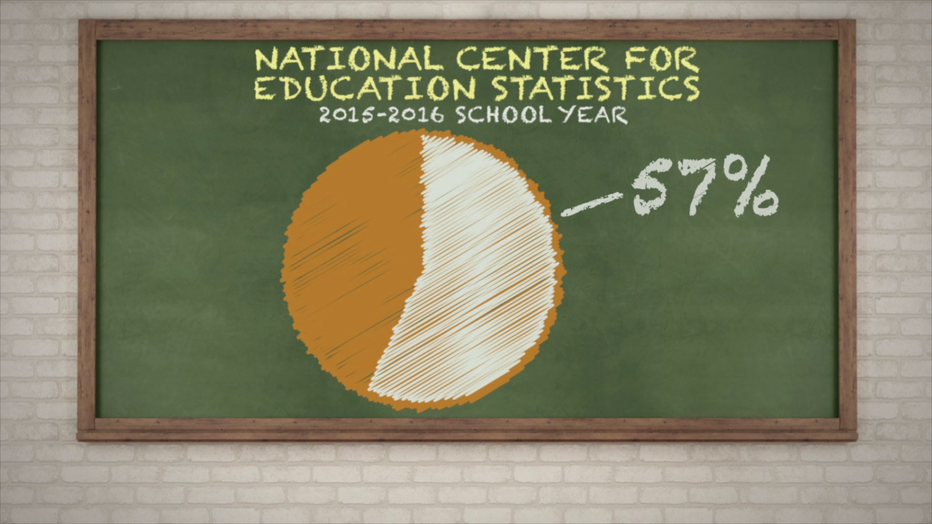 FOX6 received records for all except Milwaukee; the school district says it does not keep records about police responses in schools, and the police department has not yet turned over the documents.

The records for police responses in schools show penalties for a wide spectrum of behavior. There were legal consequences for student actions such as school threats, theft, drugs, fighting, and truancy; there were also charges and citations for issues like profanity, disrespect, shoving another student against a locker,  using cell phones without permission in school, and pulling pranks (like the stink bomb).

"Something that honestly, you might have seen 15, 20 years ago that is strictly a school response...now becomes a police or criminal matter," Restorative Justice Project Director Jonathan Scharrer said. "I don't think there's a lot of data to support that this is all that effective."

The Restorative Justice Project is a program at University of Wisconsin Law School's Frank J. Remington Center. Scharrer says the phrase "restorative justice" refers to focusing on changing problem behavior and repairing the harm that was done in a situation. 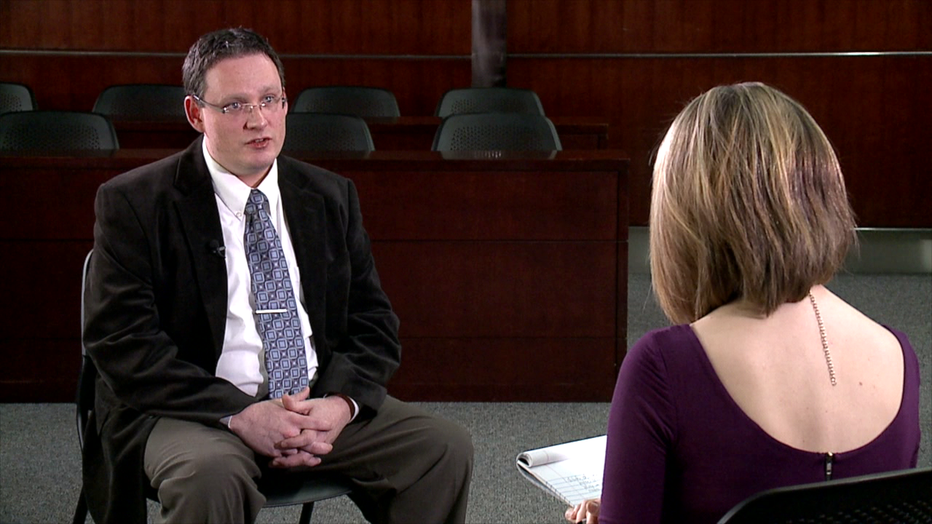 Scharrer says restorative justice practices should be used in schools, where he feels administrators are relying on the increased presence of school resource officers in a way that could unintentionally hurt students.

"We utilize the tools and resources that we have," Scharrer said. "And so when you have an officer present or law enforcement present in a school, that becomes a resource that they will use...and rather than police being utilized as sort of a means of last resort, instead they become or can become in some instances more of a sort of a first response."

Scharrer says school resource officers can be a positive presence in a school if they are used correctly. He says school counselors and social workers are often more effective as a first response, with the option to bring the resource officer into the situation later. However, police-department-provided officers tend to be less costly for school districts.

Scharrer points to research that the still-developing, impulsive teenage brain can't always grasp long-term consequences. Even juvenile citations can prevent students from attending certain colleges, getting some forms of financial aid, or becoming lawyers or police officers. And national studies show students of color are more likely to be arrested in schools. 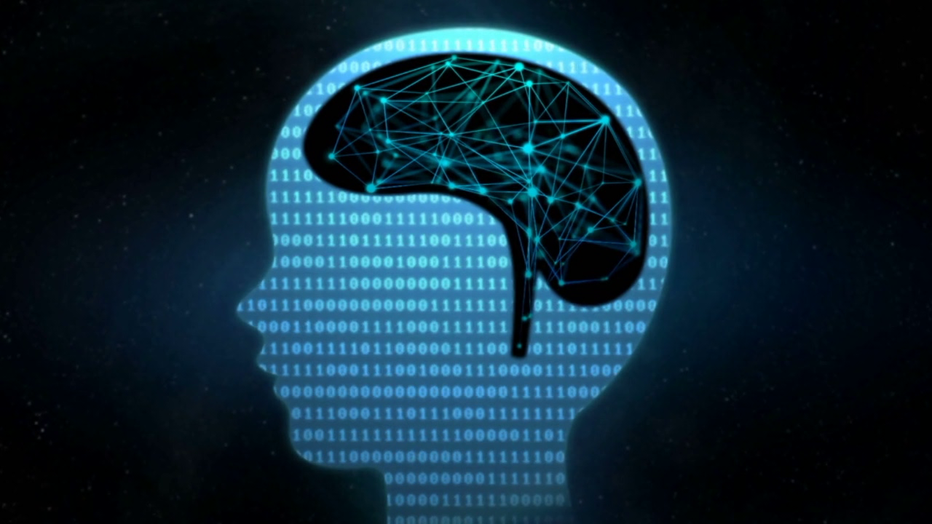 " also a high predictor of their future likelihood of becoming involved in the adult criminal justice system," Scharrer said. "If someone just gives me a ticket, that's the end of it. I don't actually have to be directly accountable to anyone, and I don't really understand the impact of my actions very well."

Restorative justice in schools could mean a student caught vaping does a school presentation about the health risks instead of receiving a citation, or a teenager who has outbursts undergoes counseling instead of going to court for disorderly conduct.

"Welcome everybody to Teen Court"

Another example of restorative justice can be found in Waukesha County's Teen Court system.

The "attorneys" and "jury" are teenagers. They use adult-provided guidelines to issue sentences for students like community service, counseling, and participation in future teen court hearings. When a student completes the sentence, he or she is able to keep the charge off his or her record. 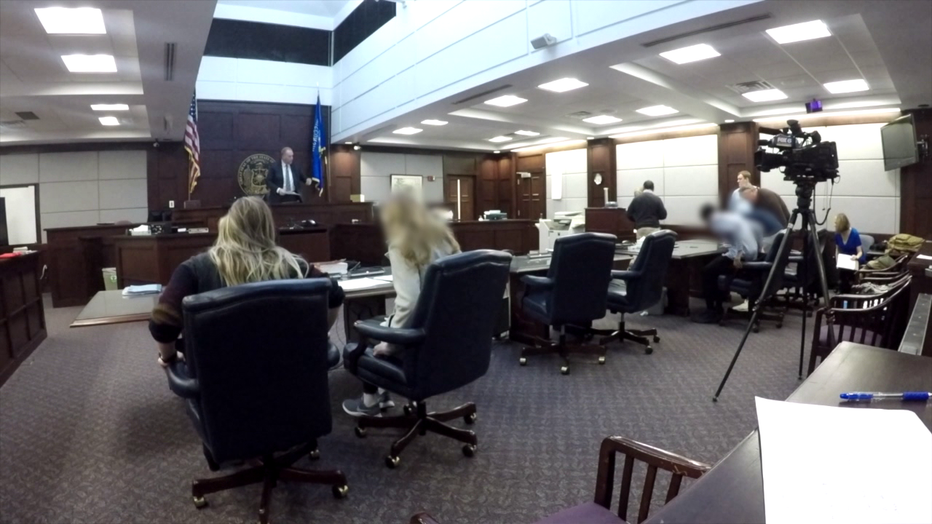 The adults who supervise volunteer their time, like attorney Chris Bailey who was acting as the "judge" in a battery case against a 10th grade student who broke another student's nose in a fight.

"A lot of people don't know that juvenile offenses, especially felonies, they are on your record the rest of your life," Bailey said. "I think is a second chance. They have  to earn the second chance though in a way that’s maybe a little bit uncomfortable for them, but in the long-run, I think it’s a very good, beneficial effect."

"There has to be a limit"

"There has to be a limit to this," NASRO Executive Director Mo Canady said. "How many times do we allow anyone to commit the same crime without it becoming an arrest situation?"

"Some have gone too far with where they're not paying attention to victims' rights," Canady added. "There has to be a balance in anything that we're doing when we bring law enforcement into a school environment."

NASRO  teaches that part of that balance is the awareness that police should treat students differently than they do adults. 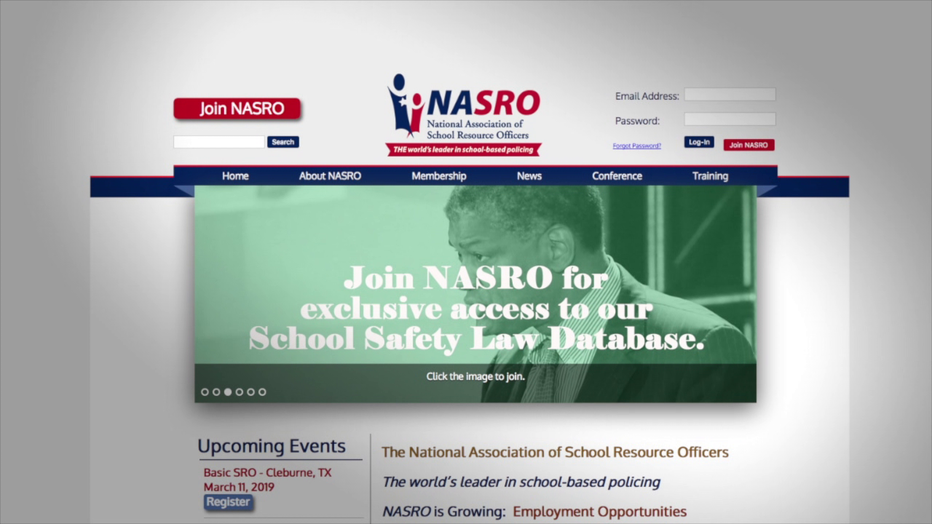 "In law enforcement, we kind of have a black and white mentality in terms of the law," Canady said. "You know, you were either speeding or you weren't...in a school environment, we have to learn to work in a little more of a gray area."

Canady says an officer on the street may have no choice but to arrest someone for disorderly conduct, but the same can't always be said for school environments.

"Let's face it," Canady said. "Law enforcement officers could make arrests all day long in a school for disorderly conduct if they wanted to. But they don't have to because they've got other resources around them."

"The right steps have to be followed," Canady said. "I mean this is a process that is proven to work if done the proper way."

Not following the standards

However, after FOX6 aired its report, Cedarburg Police provided FOX6 with a copy of a memorandum of understanding between the school district and police department that went into effect in 2016. The Police Chief and Superintendent say the district did not have a signed copy from the police department on file.

Waukesha Police said they do have a formal agreement with the school district, but have not yet provided FOX6 with the document.

Milwaukee, Racine, Wauwatosa, and Mequon-Thiensville school districts said they do not track police responses to specific incidents in their schools.

"If we aren’t tracking the data, we can’t see where we can improve," Restorative Justice Project Director Jonathan Scharrer said. "How do we know how we can do something better unless we're actually looking at what we're doing and what the outcomes of that behavior and that action is?"

FOX6 asked the school districts and police departments that provided data for on-camera interviews. Wauwatosa and Racine did not respond to the requests. Cedarburg said no, but did not say why. Waukesha declined, saying the school and police department already did a story about the positive presence of school resource officers in schools. A Mequon-Thiensville spokesperson said the superintendent was too busy to do an interview. When FOX6 pressed, she sent a statement via email but did not reply to questions about why the district does not follow NASRO standards.

The Germantown Police Department and School District agreed to do an interview. 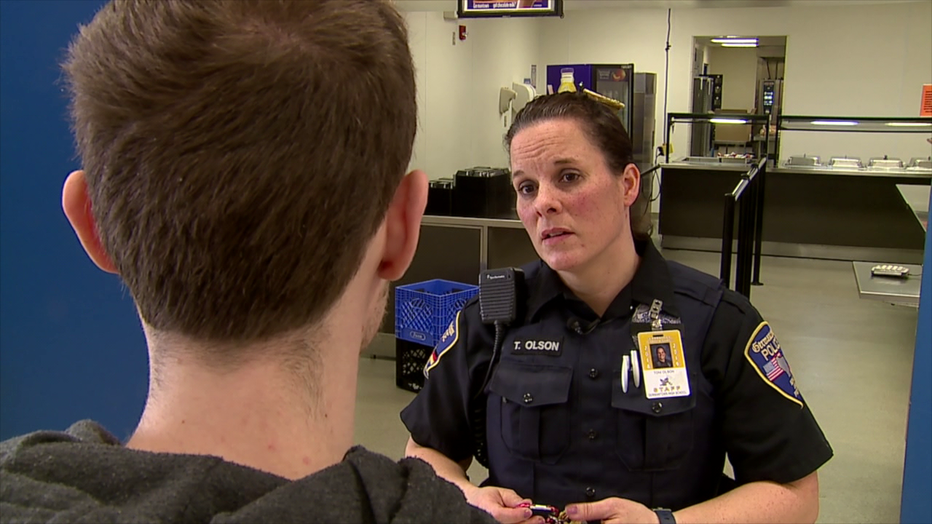 "I hope I've had a positive impact on even just one," Officer Olson said.

FOX6 concealed the identities of the students who appeared on-camera.

"I like your hustle!" Olson said with a smile to a group of students hurrying to class.

"I don't want to encourage running," Olson said as she turned to the camera. "But I do like that they like to get to class on time."

Germantown has a formal school resource officer agreement between the police department and the school district. It is regularly updated as policing practices change and Olson's training updates.

The school district and the police department also share data about police response to school incidents.

"It's a two-way street in helping make better decisions about kids and their behaviors," Superintendent Holmes said.

Over the last four years, public records show police responses and legal actions against students in Germantown schools are down.

"Our are able to provide services that are more about learning," Holmes said.

Officer Olson says she typically gets involved in a student situation only after it first goes to school administrators, counselors, and the school social worker.

"I'd rather have the behavior change for the better and have that citation dismissed versus having them pay a fine and the behavior continues."

Germantown students still receive citations and deal with legal consequences. Administrators admit this likely happens at a higher rate for current students than it did for their parents' generation.

"We don't live in that day and age anymore," Holmes said, citing rising issues like vaping, sexting, social media threats, and cyberbullying. "As a result of many of the things that our students are exposed to that weren't around just a decade ago, things have to be different."

"In a perfect world, and if resources were at my dispense, which they aren’t necessarily...I would probably add two more counselors and one more social worker," Holmes added. "And another associate principal. Would those other things make us even better? Certainly. But what I like about the people of Germantown is they make the best of what is available to them."