MILWAUKEE -- On Monday, June 24, hundreds gathered near Knapp and Broadway Streets in front of the Immigration and Customs Enforcement offices, blocking the doors and allowing their voices to be heard. This, after President Donald Trump warned that there would soon be a nationwide sweep aimed at "millions" of people living illegally in the U.S., including families. The sweeps were supposed to begin on Sunday, June 23, but President Trump said he postponed them "at the request of Democrats."

The activists linked arms to make a human barrier, doing what they could physically and metaphorically to try and block the pending deportation of people living in the United States illegally.

"Putting our body on the line," said Christine Burns, West Parish in Massachusetts. "We pray, and we stand in faith, solidarity and companionship." 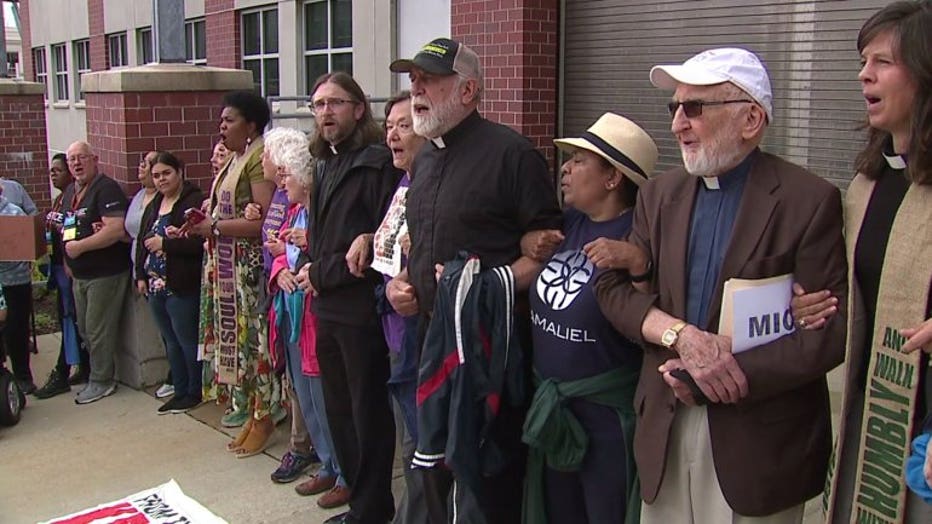 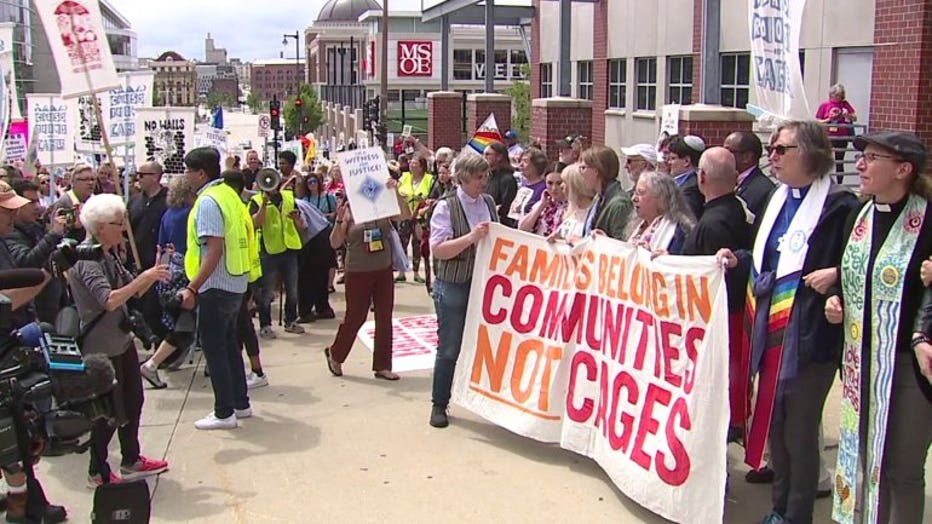 The group advocated for immigrants who have been targeted by President Trump's administration.

The interfaith rally mixed church and politics, as hundreds of marchers gathered. Many agreed a nationwide immigration sweep is a moral issue. 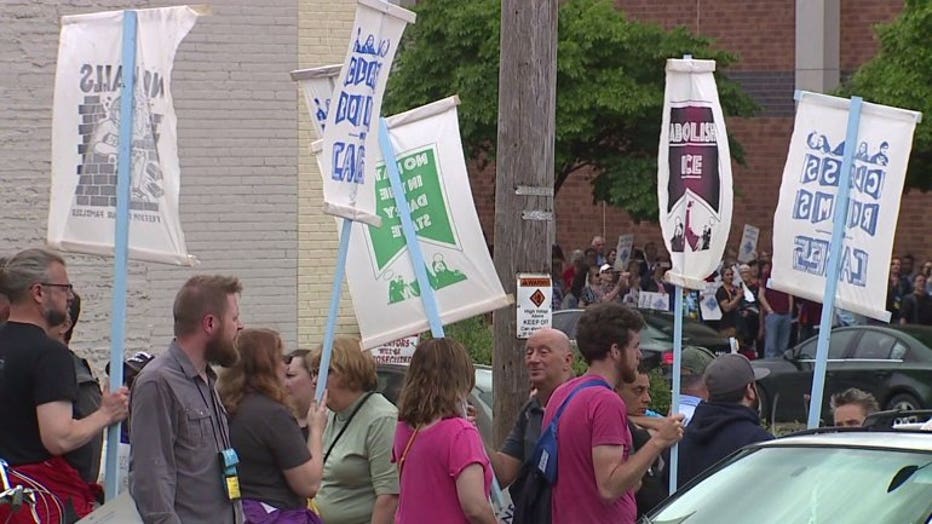 "We are here to demonstrate love, concern, acceptance, and hospitality," said Rev. Joseph Ellwanger. "We are determined to turn the immigration policies around that are currently picking up people who are not criminals -- people who are contributing to our economy and our society."

On Saturday, Pres. Trump delayed the actions of removing people with final orders for a couple of weeks, hoping that Democrats and Republicans can "work out a solution to the asylum and loophole problems at the southern border. If not, deportations start." 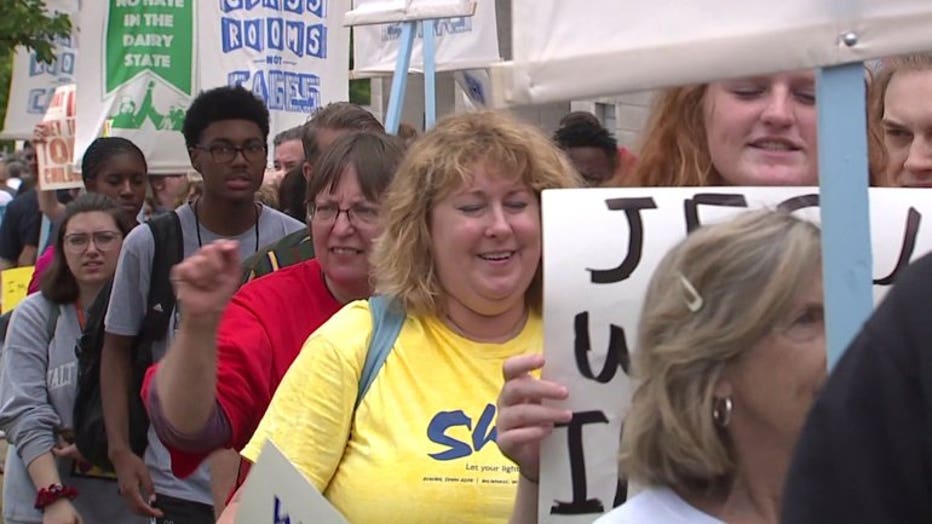 Galvanized and condemning the potential move, the sea of mixed faiths and backgrounds vowed to fight against it. 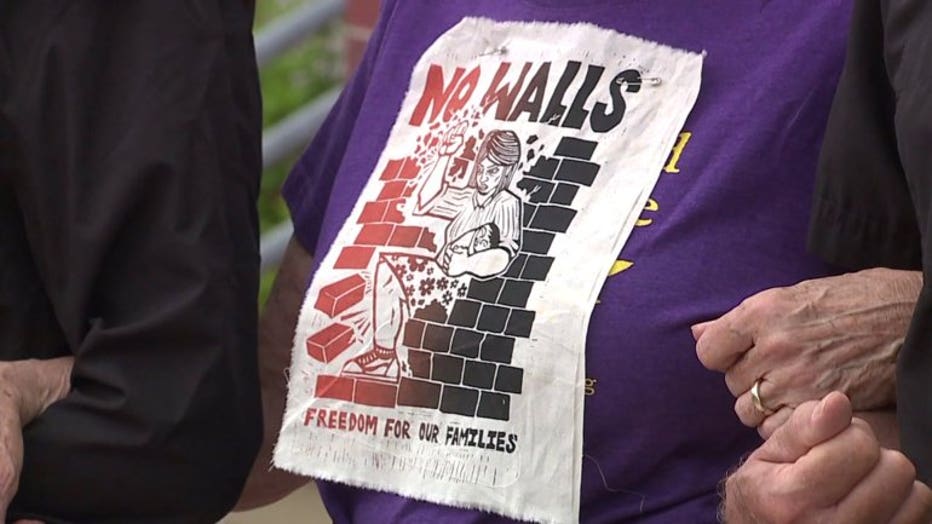 Those at the demonstration visiting from other states said their advocacy would continue when they returned home. They said they would be part of several movements calling for humane migration policies that keep families together and allow people fleeing violence to find safety and security here in the U.S.