WAUWATOSA/SHEBOYGAN (WITI) -- Officials in Sheboygan County have charged a man in connection with the armed robbery of a Cousins restaurant that occurred nearly three years ago. 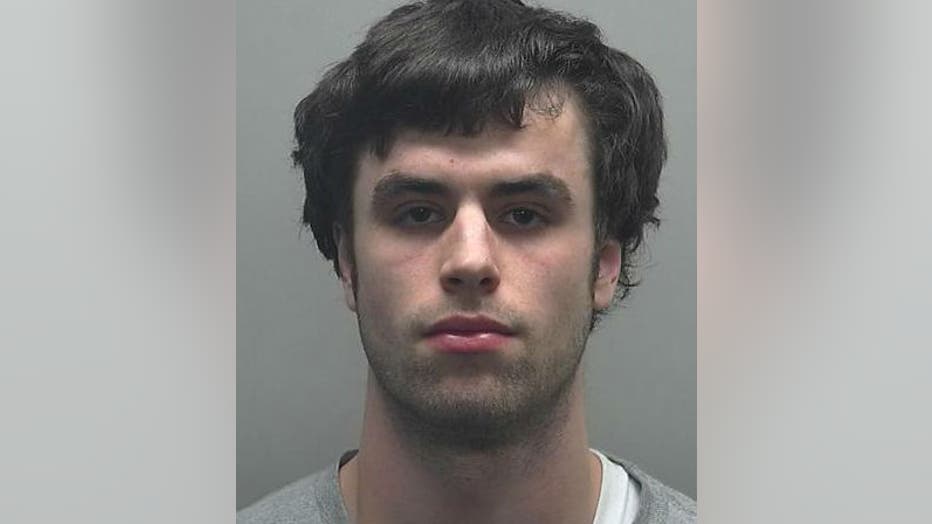 20-year-old Vincent Schmitt of Wauwatosa faces one count of armed robbery in connection with an incident that occurred on March 6th, 2011 in the city of Sheboygan.

Officers were dispatched to the Cousins Subs restaurant on South Business Drive in reference to a robbery that occurred there.

There, officers spoke with a Cousins employee and witness, and a Cousins assistant store manager.

A criminal complaint says the Cousins employee told officials he was in the back of the store washing dishes when an unknown male came in and asked to use the bathroom. That suspect reportedly used the bathroom and then left the store -- before reentering a short time later -- asking for a cup of water.

Then, the complaint says the assistant manager and employee were at the counter with the suspect, when the suspect pulled out a handgun, and said "Give me all the money."

The complaint says the two Cousins employees took cash out of the drawer and handed it to the suspect.

The complaint says the suspect asked where the safe is, and asked the employees to open the safe.

The complaint says the suspect was able to obtain approximately $672 from the safe.

The suspect then told the Cousins employees to stay in the office until he left -- or they would be shot, according to the complaint.

That's when the Cousins employees called 911.

On January 17 of 2014, while investigating a separate incident, a Sheboygan police detective was able to get the name of the alleged Cousins suspect from an informant.

The Cousins employees who witnessed the robbery were able to identify Schmitt via a photo array -- and Schmitt was arrested on February 3rd, 2014.

The complaint says Schmitt told officials this "was a really low point in his life" -- pointing to drugs and marijuana use.

Schmitt told officials he got a ride to the Cousins restaurant from a friend -- and was looking to rob the store to get money to start up a marijuana selling business. Schmitt told officials the weapon involved in this case was actually an Air Soft gun. The complaint says Schmitt got the Air Soft gun from the friend who gave him a ride to the store. All of this, according to the criminal complaint.

Schmitt told officials he gave his friend $100 for being the driver, according to the complaint.