A communication breakdown between two counties allowed 39-year-old Darrell Brooks to get out of jail just five days before he is accused of terrorizing the Waukesha Christmas parade. FOX6 Investigators find a single phone call may have changed the outcome.

WAUKESHA, Wis. - A communication breakdown between two counties allowed 39-year-old Darrell Brooks to get out of jail just five days before he is accused of terrorizing the Waukesha Christmas parade. FOX6 Investigators find a single phone call may have changed the outcome.

"I can't get that vision out of mind of that car hitting that kid in the Waukesha South band," said Cindi Duchow, who represents western Waukesha County in the Wisconsin State Assembly. 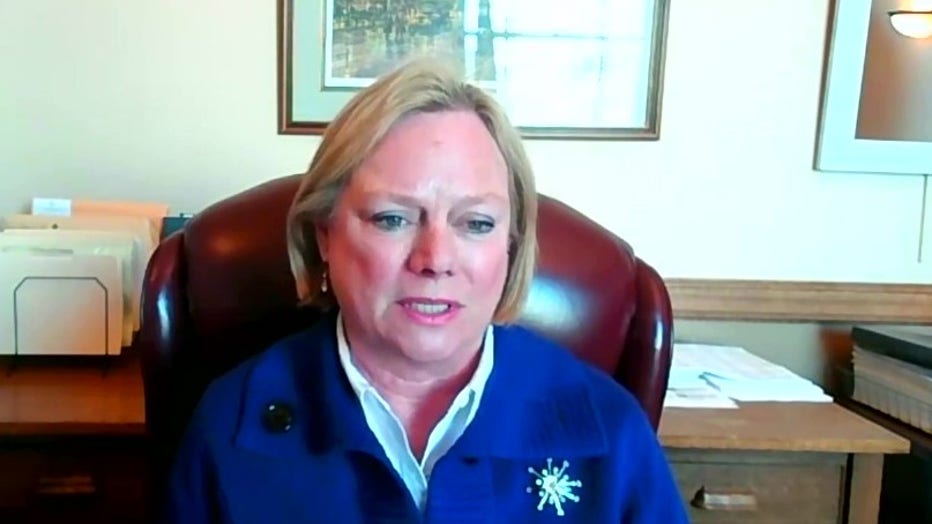 The blame was not far behind, as lawmakers started calling for the resignation or removal of Milwaukee County District Attorney John Chisholm.

Those calls have only amplified.

"Quitting in the face of fire is not the proper approach to take," Chisholm said.

But a FOX6 News investigation found the $1,000 bail set for Brooks for another violent crime just weeks before the parade – which Chisholm called "inappropriately low" – was not the only mistake in the days leading up to the parade.

"There is a lot of blame to go around here," Duchow said.

On Nov. 5, 2021, Brooks was charged in Milwaukee County with running an SUV over the mother of his child.

Six days later on Nov. 11, Brooks' mother, Dawn Woods, paid $1,000 to bail him out. However, Milwaukee County did not release him that day, because Brooks still had a warrant for his arrest in Waukesha due to more than $40,000 dollars in unpaid child support. 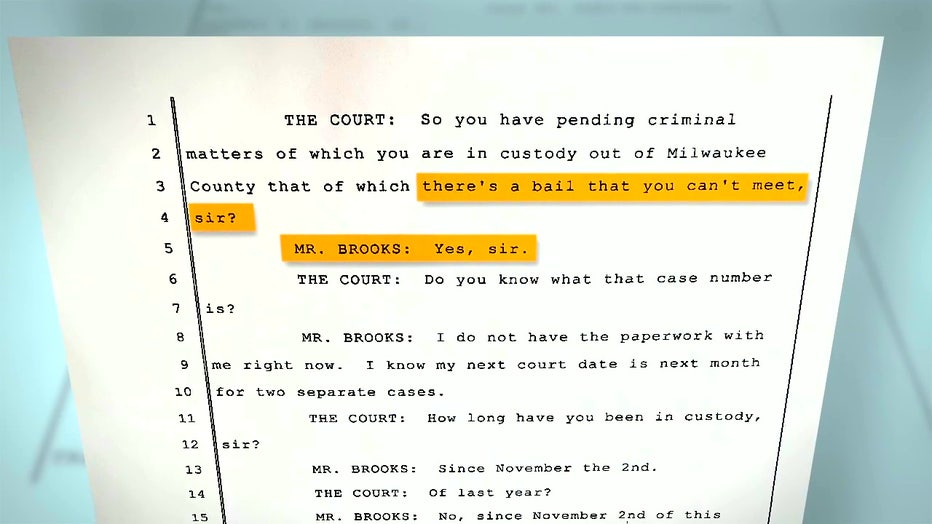 On November 16, 2021, Brooks told a Waukesha court commissioner he was unable to meet bail in Milwaukee, even though he'd already bailed out that morning.

On Nov. 16, 2021, the Waukesha Sheriff's Department picked Brooks up from Milwaukee and transported him to the Milwaukee County Jail. That same day, he appeared by phone for a hearing in his child support case.

During the hearing, an attorney for the state's child support agency asked the court to impose a 120-day jail sentence that was first ordered back in March 2021. The sentence was stayed (meaning it was not imposed) at the time to give Brooks the chance to start making payments. He made none.

Brooks claimed he was unable to pay because he had been in jail in Georgia the whole time. However, Brooks and his attorney had no proof of his incarceration.

Before deciding what to do, the Waukesha Court Commissioner, David Herring, asked Brooks about his current jail situation.

"So you have pending criminal matters of which you are in custody out of Milwaukee County that of which there's a bail that you can't meet, sir?" asked Commissioner Herring.

The truth is, Brooks had just signed the paperwork to complete his release on bail earlier that morning.

"You can’t just take this gentleman’s word for it," Duchow said. "He’s going to lie. And he did lie."

Daniel Sielaff, the attorney for the state, questioned why Brooks would have been transferred from Milwaukee to Waukesha if he was still being held on bail in Milwaukee.

The court commissioner replied, "I can confirm for you, Attorney Sielaff, that there is no posting of the cash bond in the Milwaukee County case."

He was wrong. But why?

"What the commissioner looked at, I don’t know. I’m assuming he might have looked at CCAP," Duchow said.

When Brooks' mother deposited the cash bond, the Milwaukee County Sheriff's Office sent a teletype to Waukesha confirming that Brooks was only being held on the Waukesha warrant after bailing out in Milwaukee.

However, Milwaukee County did not publish the bail payment online until Nov. 19, 2021 -- eight days after it was paid and three days after the Waukesha hearing.

So if the commissioner merely checked the website known as "CCAP" – officially called Wisconsin Circuit Court Access (WCCA) – he would have gotten outdated information.

"I think it’s absolutely critical when we’re talking about public safety that you verify," said Allen.

"At that point, he should’ve made a phone call, he should have talked to the bailiff and said let’s found out what the disposition of this gentleman is," Duchow said.

The Milwaukee County Sheriffs Office says bail payments have to be bundled, certified, and then transmitted to the courthouse before they can be posted online. That process often takes two to three days. In this case, it took eight days – in part because Brooks didn't sign the bail forms until five days after his mother deposited the money.

Still, it took three more days after that to update the online record.

"I’m suspecting there may be a degree of modernization that is needed in our administration of justice," Allen said.

Believing Brooks would be in jail anyway, the Waukesha Court Commissioner decided not to impose the 120-day child support sentence.

Later that day, Brooks was released. 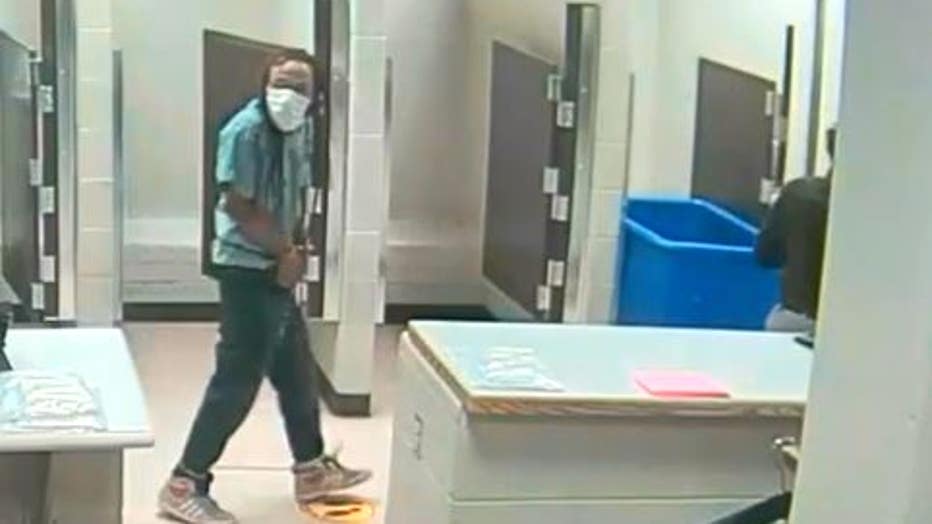 Brooks leaving the Milwaukee County jail in street clothes on November 16, 2021. Waukesha Sheriffs deputies were waiting to transport him to the Waukesha County Jail.

Five days after that, he is accused of driving his SUV through the parade route, killing six and injuring more than sixty.

"We will never forget what happened, but we also not let that define us," Allen said.

It is one more link in a chain of events that ended in catastrophe.

Emails to Commissioner Herring were not returned. Jennifer Dorow, Chief Judge for the 3rd judicial district, said it would be a violation of ethics for her to comment on a pending case.