WAUKESHA (WITI) -- 44-year-old Gustavo Valdez of Waukesha has been charged in connection with a high-speed chase and crash that occurred along I-94 in Racine County on Wednesday, March 19th. 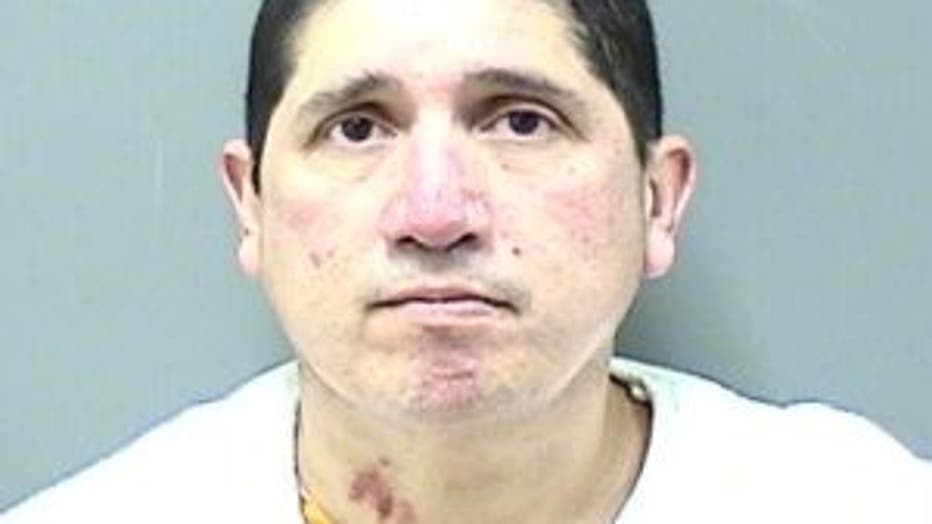 A criminal complaint against Valdez says a deputy was headed northbound on I-94 south of Highway G in the Town of Raymond on March 19th around 4:00 p.m. when he was passed by a vehicle driven by Valdez. The complaint says the vehicle passed the deputy so quickly it startled him and he had to take evasive action.

The deputy says Valdez made no attempt at slowing down. A deputy estimated the vehicle was traveling in excess of 90 miles-per-hour, according to the complaint.

The complaint says the deputy activated his lights and sirens -- and observed Valdez weaving in and out of traffic in an attempt to elude him.

The complaint says Valdez attempted to exit I-94 on the 27th Street off-ramp -- but the vehicle was traveling between 85-90 miles-per-hour and began to fishtail, before the curve from the off-ramp caused Valdez to lose control.

The vehicle slid sideways into a ditch and up an embankment.

The complaint indicates the vehicle stopped, and it appeared as though the operator was trying to straighten out the vehicle, and continue driving, but the vehicle was too damaged to drive. That's when Valdez got out of his vehicle and fled on foot, according to the complaint.

Two deputies began giving chase, and the complaint indicates Valdez looked at them and continued fleeing -- even as the deputies were giving him commands to stop and threatening to release a K-9.

Eventually, the man stopped and put his hands up, laid down on the ground and allowed deputies to take him into custody.

The complaint indicates Valdez had a strong odor of intoxicants on his person -- and appeared to be injured -- either from the crash or the foot pursuit.

At the hospital, the complaint indicates Valdez was agitated and threatening the deputies who had apprehended him -- saying they were "lucky he didn't want to fight" and saying "he would have killed them both."

The complaint says Valdez denied drinking any alcohol, and refused to give a sample of his blood.

Deputies tried to have Valdez perform sobriety tests, but were unable to perform most of the tests because Valdez was continuing to make assaultive threats and verbalizing that officers didn't want to remove his handcuffs in the emergency room, according to the complaint.

When it came time to draw his blood, three deputies, and three Franklin police officers had to sit on Valdez to keep him in place so the blood could be drawn. The complaint says at one point, Valdez attempted to lean over and bite a deputy's hands -- and was threatened with a taser.

The complaint says while at the hospital, Valdez was yelling things about police brutality and other profanities to the point that the door had to be closed to his room because he was causing so much of a disturbance.

The complaint says while going through Valdez's items, deputies uncovered a business card for Valdez's probation and parole agent. The complaint says Valdez told them he "hated that (expletive), and said he bet $100 he would be out of jail by the following day.

Valdez is out on bond in a case out of Waukesha County involving armed robbery with threat of force. He was released from jail on a $2,000 bond that was in effect during the March 19th chase and crash.