WAUKESHA, Wis. - The victims of the Waukesha Christmas parade attack have great needs. Now, contractors are volunteering to build something that will help some of the people who were seriously hurt – and they're doing it for free.

The contractors don't normally work together, but the rampage brought them together. They started with one family Wednesday and are offering to help any of the other injured victims in need.

"I’m just trying to make whatever life happens at this house after I leave as easy as physically possible," said contractor Brock Held.

The contractors are teaming up to build a wheelchair ramp for a mother and daughter injured when a suspect drove through the parade. 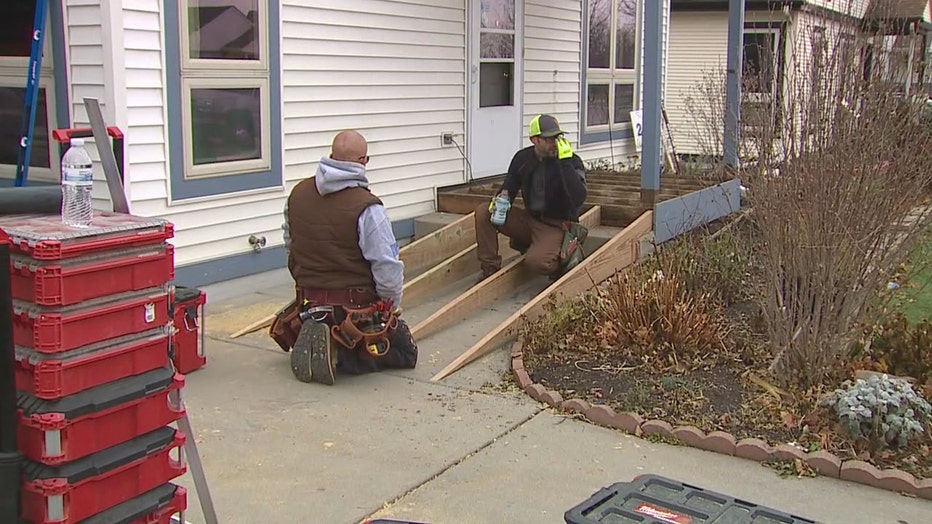 "At first we were really scared, obviously, because we didn’t know what could happen," said Perez. "Now we’ve calmed down a little bit more because I thank God that nothing  happened to them, because it could have ended way worse."

Home Depot in Delafield is donating the materials for the contractors to get the house ready for a wheelchair ramp. Neu's Hardware in Menomonee Falls donated screws, tape measures and blades.

"You put your own personal problems out of the way, and just do what’s right," Held said.

As the mother and daughter are treated at the hospital, the kindness of strangers will mean the two can someday get back home.

The Perez family and the contractors have GoFundMe online fundraiser set up to help.

Waukesha parade crash: How to talk to kids about what happened