Two bears were recently caught having the time of their lives in the driveway of a Florida couples' home in Naples.

NAPLES, Fla. - Two black bears were recently caught having the time of their lives outside a Florida home in Naples.

Lou and Nancy Vinciguerra often see wildlife exploring the front of their home on their security camera – but these two bears put on quite an entertaining show! In the video, the bears appear to be playfully pawing at each other as they move around the driveway.

The couple, who lives near Rookery Bay Preserve, says it looked like they were dancing! 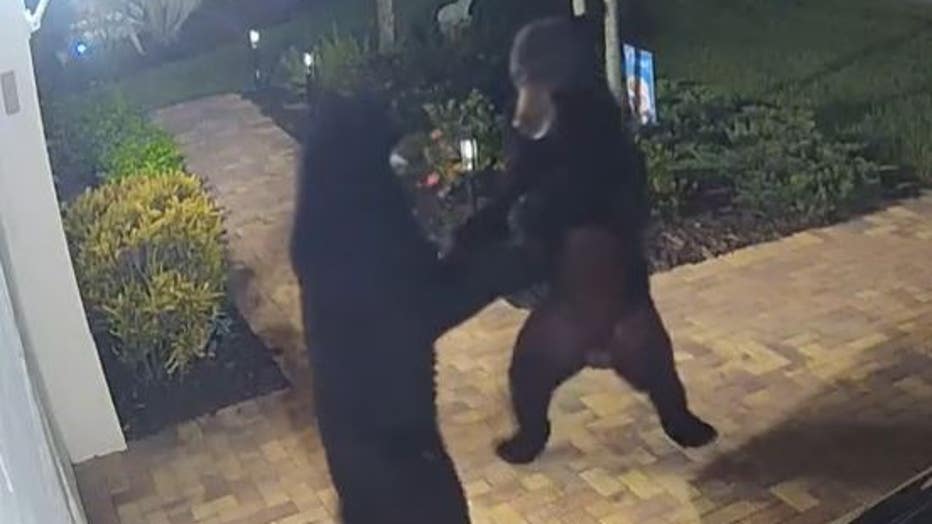 "I called it dancing, but I guess it’s how they play," Lou said.

Sonar image appears to show '50-foot megalodon' shark near boat. This is what it really was

Real or fake? Photo of alligator being hauled behind SUV on Florida highway raises questions

Venomous puss caterpillars in Florida: What to do if you get stung

Florida woman wins $2,500 a week for life on scratch-off ticket from gas station

This isn’t the first time bears have visited their home.

"Bears, bobcats, wild boar, and plain old deer. But usually they are just passing through. Only the bears are entertaining!" Lou told FOX 35 News.

Lou often posts videos of the animals he sees on his security camera. In one of them, a bear is seen eating food out of a bag in the middle of the road, only to leave a loaf of bread in Lou’s backyard!

"Guess he was taking home a snack and decided to leave it behind!"