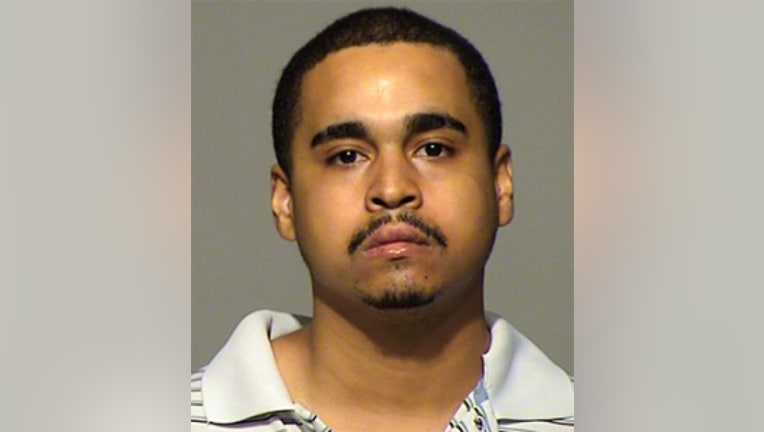 ST. FRANCIS (WITI) -- A 24-year-old St. Francis man is now charged in connection with the shooting of his girlfriend at an apartment building in St. Francis on Thursday, August 21st.

Lloyd Robinson was charged on Sunday, August 24th with second-degree reckless injury -- and obstructing an officer.

According to officials, the St. Francis Police Department received a 911 call just after 3:30 a.m. from a resident reporting that his girlfriend had been shot inside their apartment.

20-year-old Amaretta Cruz was shot in the back. The bullet went through her kidney and leg.

Cruz was taken to Froedtert Hospital, where she underwent successful surgery. She is expected to survive.

Below are two 911 calls that were placed moments after the shooting.

A criminal complaint filed against Robinson says he told police a short Hispanic man wearing blue clothing had shot Cruz -- telling police he believed this man to be a gang member.

The complaint says Robinson told police he observed this man fleeing the scene on foot -- saying he believed the shooter had used a revolver.

Robinson was transported to the police station to be formally interviewed.

As Robinson was being interviewed, investigating officers called for mutual aid, and saturated the area surrounding the shooting -- looking for the short, Hispanic man wearing blue that Robinson had described as being responsible for the shooting.

The complaint says an investigator discovered a spent .9mm shell casing on the floor of the front room of the apartment where the shooting occurred. Also discovered -- an empty Beretta pistol case found on the kitchen table.

The complaint says officials spoke with Cruz's aunt, who said she believed Robinson to be responsible for the shooting -- as he had been talking with Cruz's family members for the past few months about buying a firearm.

Behind a storage shed on the west side of the apartment complex's grounds, officials located a .9mm Beretta semi-automatic pistol. The shed is located near the bottom of the stairway that leads to the balcony and front door of the apartment where the shooting occurred.

The ammunition in the pistol matched the spent casing recovered from the floor of the apartment where the shooting occurred.

Police responded to Froedtert Hospital, where they interviewed Cruz. She told police she and Robinson were spending time together on Wednesday, August 20th -- drinking and smoking marijuana at the apartment late into the evening and continuing into the early morning hours Thursday.

The complaint says Cruz told police she told Robinson to put the gun away before he accidentally shot it off.

Cruz told police she was lying on her side on a mattress using a tablet device. Robinson was sitting on a love seat with the pistol when Cruz says she heard a bang and immediately felt pain in her lower back and leg.

The complaint says Cruz told Robinson: "You shot me! Call an ambulance!"

Cruz told police Robinson said: "Oh my God! I'm so sorry!" before stepping out onto the balcony to call 911.

Cruz told police she doesn't know why Robinson told them a short Hispanic man had shot her -- saying she guesses Robinson panicked and didn't know what to do.

Robinson is due back in court for his preliminary hearing on September 3rd.