CHICAGO - The Chicago Cubs and White Sox completed this year’s Crosstown Classic over the weekend — and of course it didn’t end without a fight amongst fans.

The 3-game series over the weekend took place on the South Side at Guaranteed Rate Field.

On Sunday, tensions became heated in the bleachers and cellphone cameras were rolling to catch the brawl.

The reason for the fight is unknown. Although one fan tweeted this explanation out.

Video shows fans pushing, shoving and punching one another before security jumps in to break things up.

This year, the White Sox won five of six games against the Cubs. The North Side team shut the South Siders out on Saturday 7-0. 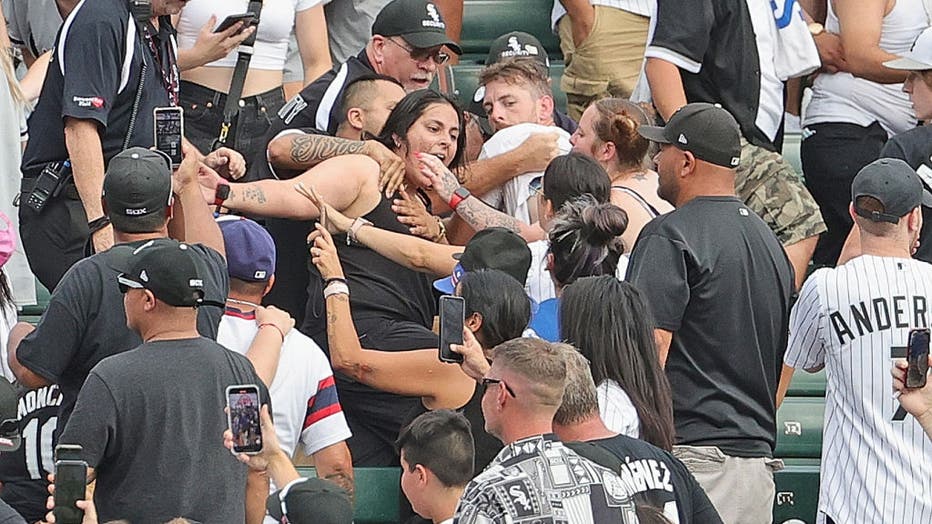 CHICAGO, ILLINOIS - AUGUST 29: A fight breaks out in the left field bleachers as the Chicago White Sox take on the Chicago Cubs at Guaranteed Rate Field on August 29, 2021 in Chicago, Illinois. The White Sox defeated the Cubs 13-1. (Photo by Jonathan

The Sox are making a push this year for the playoffs. Last time they won the World Series was in 2005 where they swept the Astros 4-0.

The last time the Cubs won was in 2016, breaking their drought of more than 100 years.