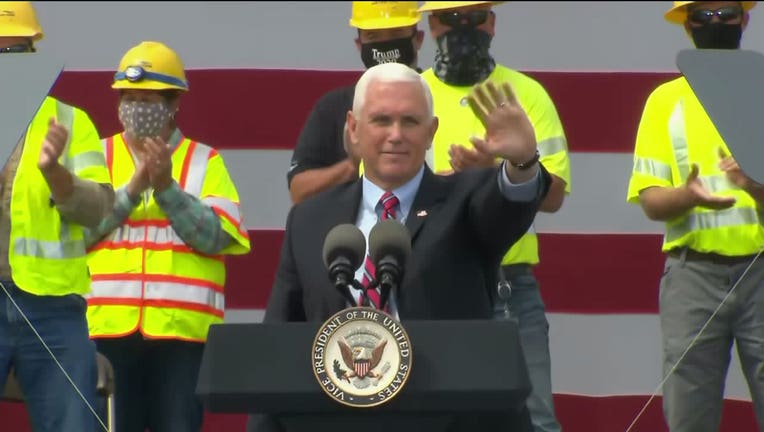 JANESVILLE, Wis. - Vice President Mike Pence will be in Janesville on Monday, Sept. 14 -- the first of three stops on a campaign swing across the U.S.

Pence will speak at the Holiday Inn Conference Center at 11 a.m. on Monday.

The event is open for general admission at 9 a.m. that day, tickets available online on a first-come, first-serve basis.

Pence was last in Wisconsin on Monday, Sept. 7 in La Crosse where he spoke at Dairyland Power Cooperative.

After speaking in Janesville, Pence will travel for similar stops in Bozeman, Montana and Zanesville, Ohio.

That afternoon, the president will be in Bemidji, Minnesota for a similar event.