WASHINGTON - The State Department and U.S. health officials issued travel warnings urging Americans to avoid visiting Japan amid a surge of COVID-19 cases in the country, which is set to host the Olympics this summer.

In response, the Japanese government was quick to deny that the U.S. warning would have an impact on Olympians wanting to compete in the postponed Tokyo Games

The U.S. warning, announced Monday by both the department and Centers for Disease Control and Prevention, doesn’t ban Americans from visiting the country. But the alert could have an impact on insurance rates for travelers and may factor into decisions by Olympic athletes and spectators on whether to compete in or attend the games, which are set to begin July 23 in Tokyo.

Most metro areas in Japan are under a state of emergency and expected to remain so through mid-June due to an increase in serious COVID-19 cases that are putting pressure on the country's medical care systems. The stress on hospitals has raised concern about how the country could cope with the arrival of tens of thousands of Olympic participants if its hospitals remain stressed and little of its population is vaccinated. 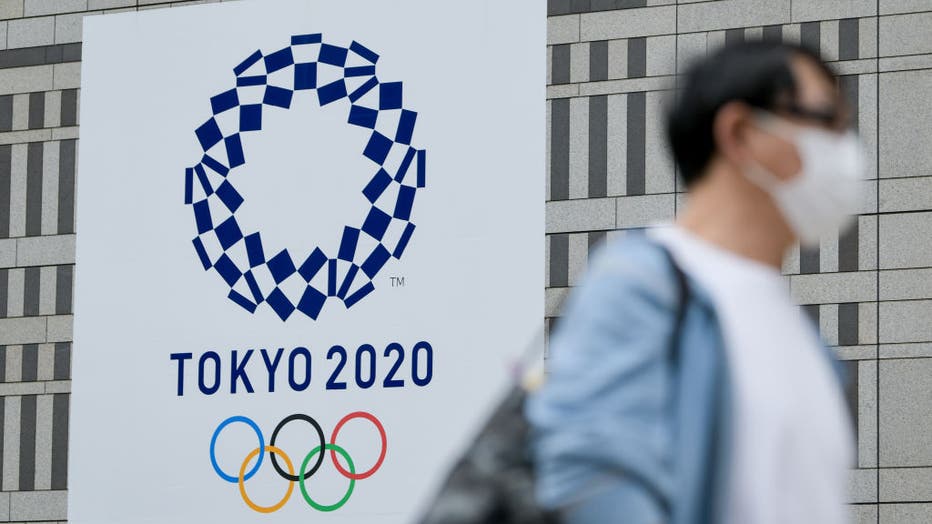 A man walks past a Tokyo 2020 banner on a building in Shinjuku area of Tokyo on May 19, 2021. (Photo by Cezary Kowalski/SOPA Images/LightRocket via Getty Images)

During a regular news conference on Tuesday, Japan's Chief Cabinet Secretary Katsunobu Kato said the warning does not prohibit essential travel, and Japan believes the U.S. support for Tokyo's effort to hold the Olympics is unchanged.

"We believe there is no change to the U.S. position supporting the Japanese government's determination to achieve the games," Kato said, adding that Washington has told Tokyo the travel warning is not related to the participation of the U.S. Olympic team.

Fans coming from abroad were banned from the Tokyo Olympics months ago, but athletes, families, sporting officials from around the world and other stakeholders still amount to a mass influx of international travelers. The Japanese public in opinion surveys have expressed opposition to holding the games out of safety concerns while most people will not be vaccinated.

The United States Olympic & Paralympic Committee said it still anticipates American athletes will be able to safely compete at the Tokyo Games.

"We feel confident that the current mitigation practices in place for athletes and staff by both the USOPC and the Tokyo Organizing Committee, coupled with the testing before travel, on arrival in Japan, and during Games time, will allow for safe participation of Team USA athletes this summer," the committee said in a statement Monday.

RELATED: IOC VP faces backlash for saying Tokyo Olympics are on despite pandemic

Earlier Monday, Japan mobilized military doctors and nurses to give shots to older adults in two major cities, as the government tried to accelerate its vaccination rollout and curb virus infections before it hosts the Olympics.

There have been growing calls for the games to be canceled, but Japanese Prime Minister Yoshihide Suga is determined to hold the Olympics in Tokyo beginning on July 23, after a one-year delay. He has made an ambitious pledge to finish vaccinating the country’s 36 million older people by the end of July.

Japan has recorded just over 12,000 COVID-19 deaths — good by global standards, but poor in Asia — but Tokyo and Osaka and several other areas are under a state of emergency until May 31 that is likely to be extended.

There is fear of new variants spreading, with only a tiny percentage of the Japanese — estimated at 2% to 4% — vaccinated.