DUBAI, United Arab Emirates — A U.S. Navy guided-missile destroyer fired a warning flare toward an Iranian Revolutionary Guard vessel coming near it in the Persian Gulf, an American official said Wednesday, the latest tense naval encounter between the two countries.

The incident happened Monday as the vessel attempted to draw closer to the USS Mahan despite the destroyer trying to turn away from it, said Lt. Ian McConnaughey, a spokesman for the Bahrain-based 5th Fleet. 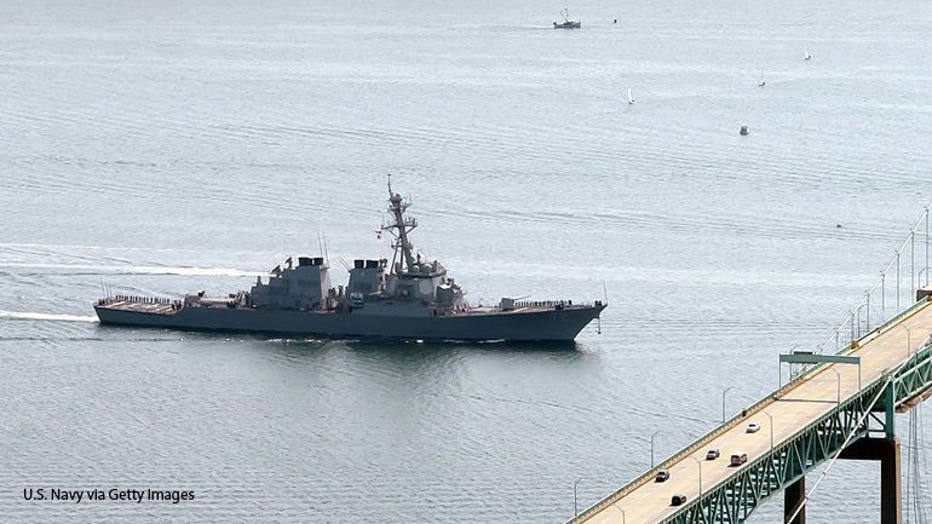 The "Mahan made several attempts to contact the Iranian vessel by bridge-to-bridge radio, issuing warning messages and twice sounding the internationally recognized danger signal of five short blasts with the ship's whistle, as well as deploying a flare to determine the Iranian vessel's intentions," McConnaughey said in a statement to The Associated Press.

The Iranian vessel came within 1,000 meters (1,100 yards) of the Mahan during the incident, the lieutenant said. The vessel later turned and sailed away.

Iranian authorities did not immediately report the incident, but Iran's foreign minister appeared to reference it in a tweet Wednesday.

"Breaking: Our Navy operates in — yes, correct — the Persian Gulf, not the Gulf of Mexico. Question is what US Navy doing 7,500 miles from home," Mohammad Javad Zarif tweeted, attaching a map showing the distance between the two bodies of water.

The U.S. and Iran routinely have tense encounters in the Persian Gulf and the nearby Strait of Hormuz, through which a third of all oil traded by sea passes. Iran views the American presence as a provocation and its paramilitary Revolutionary Guard shadows U.S. Navy ships in the Gulf, occasionally firing missiles or rockets nearby.

Since the nuclear deal with world powers, the hard-line Revolutionary Guard has stepped up its encounters with the Americans. The Navy recorded 35 instances of what it describes as "unsafe and/or unprofessional" interactions with Iranian forces in 2016, compared to 23 in 2015. With Monday's event, there have been seven so far in 2017, McConnaughey said.

Of the incidents last year, the most severe involved Iranian forces capturing 10 U.S. sailors who had mistakenly steered their boats into Iranian waters and holding them overnight.