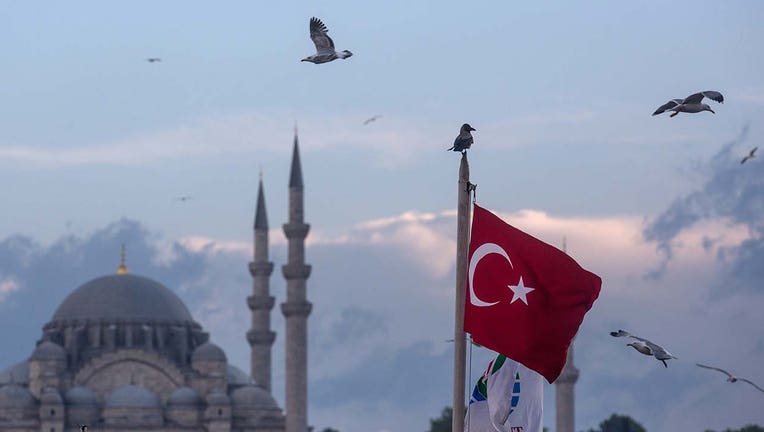 eagulls fly over a Turkish flag on May 3, 2016 in Istanbul Turkey. The European Commission is expected to recommend granting Turks with visa free travel in Europe's Schengen area, as part of the EU-Turkey migrant deal on Wednesday. EU member states a

WASHINGTON - The State Department said Thursday it has adopted Turkey’s preferred spelling for the name of the country, Turkiye, acceding to a request from the NATO ally after several months of hesitation.

The department has instructed that new official documents refer to Turkiye instead of Turkey, although the pronunciation will not change, officials said. But neither the State Department website nor the Foreign Affairs Manual, which guides U.S. diplomatic practices, had been revised to reflect the change as of midday Thursday.

The move comes ahead of an expected visit to Washington later this month by Turkish Foreign Minister Mevlut Cavusoglu during which Turkey's position on Russia's invasion of Ukraine and its resistance to allowing Finland and Sweden to join NATO will be high on the agenda.

EARLIER: No more Turkey: Country in push to be known as 'Türkiye'

Several other federal agencies, including the Treasury Department, had already adopted the new spelling, which had led to inconsistencies in documents across the U.S. government.

The change was revealed as the State Department released a statement in support of a Treasury move to sanction several Turkey-related businessmen and companies for supporting the Islamic State. It was later confirmed by two department officials.

The airport was shut down and flights were being diverted to Istanbul's main airport.

Turkey asked last year for its name to be changed to Turkiye in international forums and most, including the United Nations and NATO, had switched to the new spelling.

The State Department, however, does not often change its style on the names of foreign countries and, in at least one notable case, has refused to do so for decades.

The U.S. still refuses to refer to Burma as Myanmar although the country's military rulers formally adopted Myanmar in 1989.