UPDATE: Malwarebytes has updated their report on the Unfriend Alert Facebook app. In a statement, the company said:

“Unfriend Alert reached out to us after this blog post to let us know what our analysis was incorrect and upon further inspection, it turns out that our initial belief that Unfriend Alert was possibly stealing Facebook credentials was incorrect. While Unfriend Alert does not do anything inherently malicious to the system, its practices may still hold a threat to users who are not careful. Unfriend Alert makes mention that they use advertisers in order to pay for the costs associated with keeping the application running may not be so safe.” Read more. 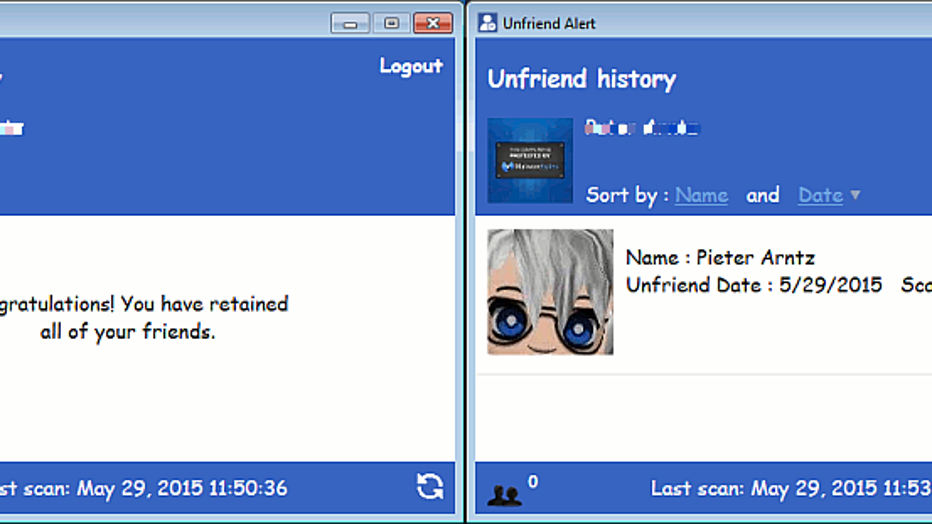 Facebook users who downloaded the "Unfriend Alert" application should be on alert because the app could have access to your login and password, according to Pieter Arntz of Malwarebytes Labs.

The app promises to send you an alert when someone unfriends you on Facebook. However, instead of sending unfriend notifications, it sends your login information to yougotunfriended.com.

"But if you provide your login credentials, which seems a bad idea in the first place, the program is able to see whether one of your Facebook friends decided they had enough of you. Also the application does not show up in the list of Apps on your Facebook page, so you might easily forget that something or someone could be monitoring or even be using your Facebook account."

If you have downloaded the app, it's recommended you change your Facebook password as soon as possible. Here are the steps to successfully remove the software from your computer.