MILWAUKEE -- There hasn't been much positive news as a result of COVID-19, but one bright spot has been the reduction in emissions from huge changes in travel. According to GPS tracking by Descartes Labs, ever since mid-March, Wisconsin has seen way below average travel -- at its peak in mid-April, over a 90% drop in distances across the state.

Of course, with schools and businesses being closed, you'd expect this drop, but never in the history of our state have we seen such a sharp change. The environmental impacts have already sparked dozens of studies analyzing how we can cut emissions long term across the United States. Similar stories have come out about a drop in emissions over China, but we're starting to get our first look at local impacts. 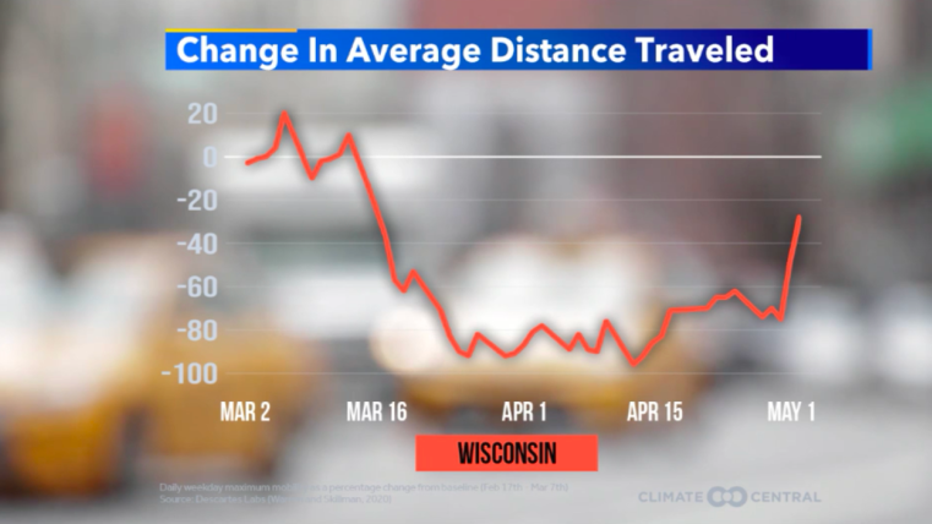 Change in average travel distance for the state of Wisconsin

Nationally, there have been huge changes as well. While some states in the south had little change in distance traveled, just about every state had people going 70% shorter distances compared to a Feb. 17 to March 7 baseline.

The graphic below represents the maximum reduction of distance traveled since the lockdown began. 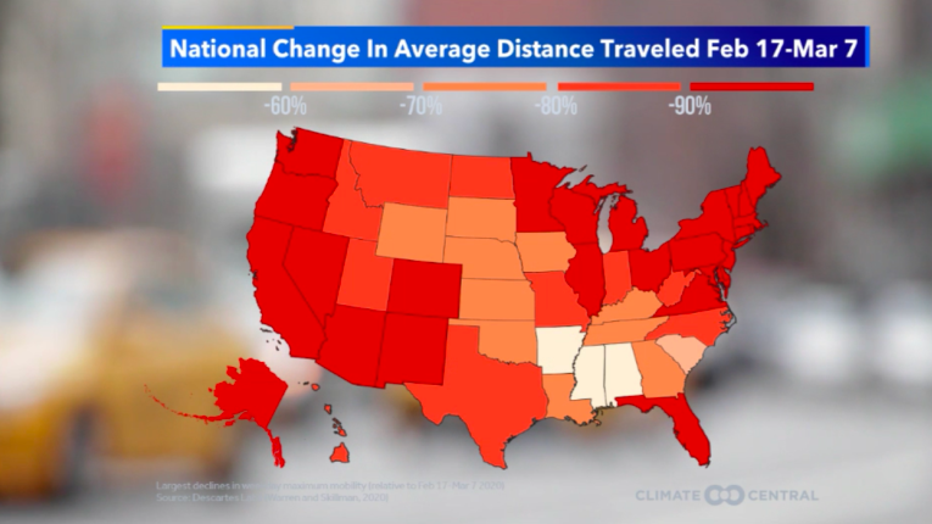 This research was led by Michael S. Warren and Samuel W. Skillman at Descartes Lab in Santa Fe, NM. By looking at data from mobile devices reporting consistently throughout the day, they created a baseline group. Descartes Lab researchers calculated the maximum distance moved in kilometers (excluding outliers) from the first reported location.

They used that information to create an average of data to then calculate the median across all devices in the sample to generate transportation data for every single state in the United States.