MILWAUKEE --  Usually getting a million views on the internet is a good thing.  However, a recent viral video featuring a Milwaukee symbol may not be getting the kind of attention city leaders were hoping for.  The video highlights the official city flag of Milwaukee -- a flag one Milwaukee man is on a mission to change. 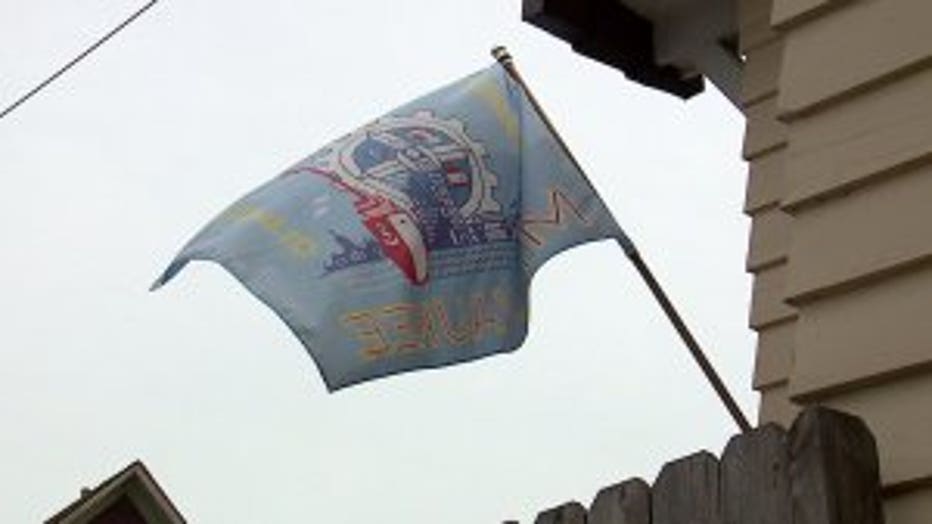 "Whenever I see a flag design, I am immediately judging it on its effectiveness," Steve Kodis, a graphic designer said.

The city of Milwaukee's flag can be found flying near Kodis' Bay View home.

If this is your first time hearing about the flag's existence, you're not alone.

In the heart of downtown Milwaukee, there are plenty of flags flying -- but the city of Milwaukee's flag doesn't fly above City Hall. In fact, a FOX6 News crew couldn't find a single city flag flying downtown.

"1955 -- an alderman was appointed to design a flag,"  says Kodis. "What the alderman did, with the best of intentions I`m sure -- he took pieces of each design that he thought were the best and sort of made a painting of Milwaukee on our flag."

The result is something Milwaukee residents admit is "busy." The flag features symbols some residents have a hard time recognizing. 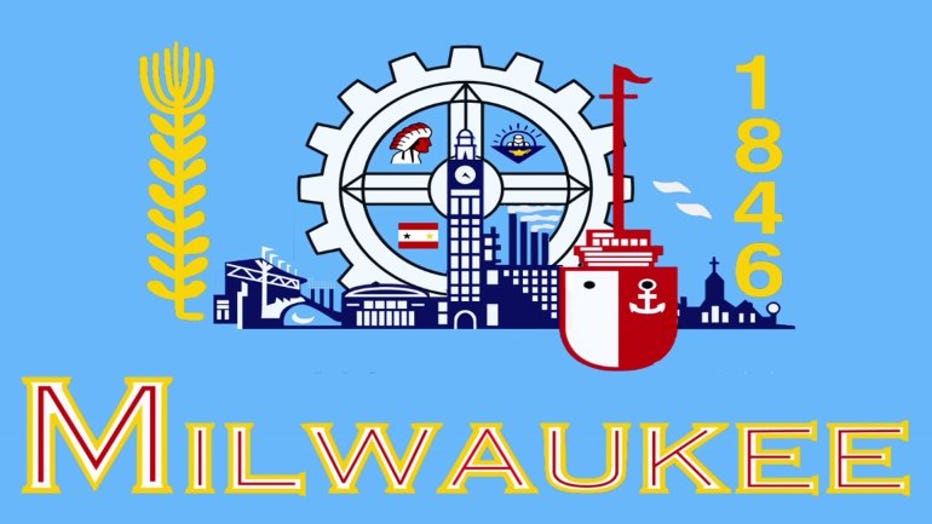 But the city of Milwaukee's flag is getting new attention after due to a "TED Talks" video posted online.

Internet radio host Roman Mars recently held a forum on good and bad flag designs, and the city of Milwaukee's flag was featured in this "TED Talks" video. Additionally, there's a book on the subject, published by the North American Vexillological Association, a group that studies flags. 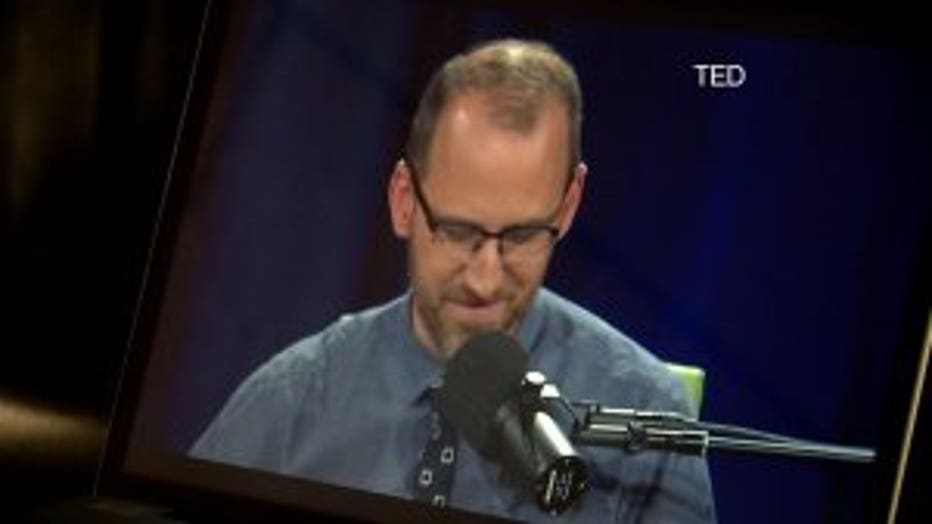 Mars hosted a forum called: "Why city flags may be the worst-designed thing you've never noticed."

"The five basic principles of flag design: Number one -- keep it simple.  Number 2 -- use meaningful symbolism. Number 3 -- use basic colors. Number 4 -- Never use writing or seals. Never use writing of any kind because you can`t read that at a distance. Number 5 -- be distinctive," Mars said.

In the video, viewed more than a million times, Mars points out the city of Milwaukee's flag breaks a few of those rules. 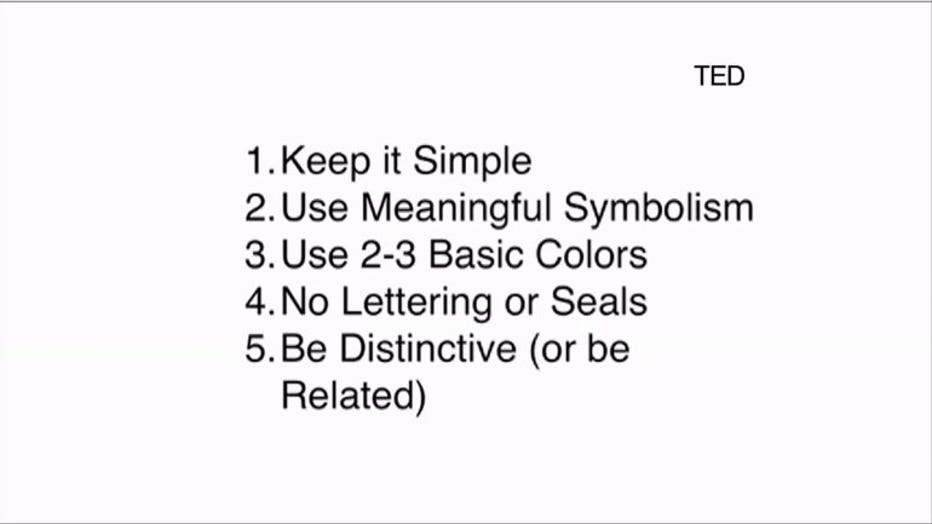 "Nothing can quite prepare you for vexillological trainwrecks in vexillological history.  Are you ready?  It`s the flag of Milwaukee, Wisconsin.  I mean, it's distinctive.  I`ll give them that. Now, Milwaukee is a fantastic city.  I`ve been there. I love it. The depressing part of this flag is there have been two major redesigns of this flag," Mars said.

And both have failed -- but not all hope is lost. Steve Kodis is giving it another shot. 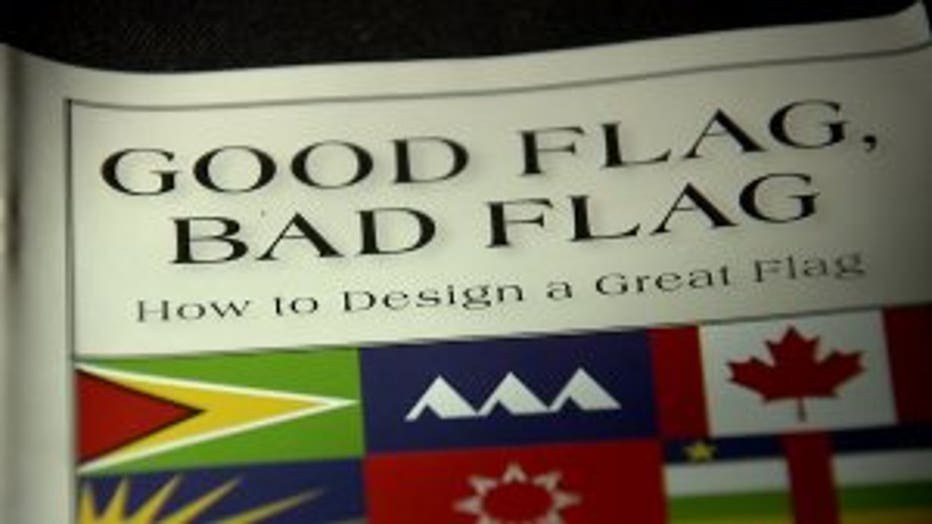 "I believe that Milwaukee deserves a great flag -- period.  There is no excuse for us not to have a great flag. We need people to write to their alderman -- an email, a letter. Write them. Call them on the phone," Kodis said.

Kodis has launched a web page, and he's talking with city leaders.

Milwaukee Alderman Bob Bauman says it's been tough in the past.

"Number one, nobody could agree on a new design.  And number two, there was cost involved," Bauman said.

But Kodis says it's different this time.

"I think there is this new renewed civic pride in saying 'I am from Milwaukee. I live in Milwaukee,'" Kodis said.

With or without the help of local politicians, Kodis is moving his effort forward. He's finding support, and he'll soon be asking for your ideas.