MILWAUKEE -- Before COVID-19, attorney Kevin Martin had never imagined wanting to bet against his own interpretation of the law. 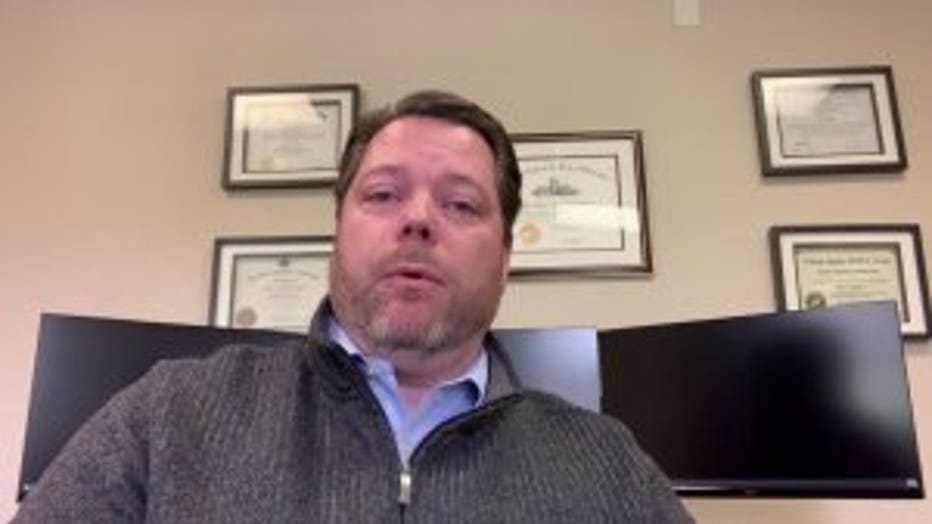 "I hope and pray that I'm wrong," Martin, managing partner of Martin Law Office, said. Over the last two weeks, Martin says he has turned away at least six cases he would usually take. He attributes the decision to last-minute changes to Wisconsin's COVID-19 response law that he says effectively prevent people from having their day in court. "It feels like we’re hurting them a second time by giving them what this law currently is and what this act did, but was never supposed to do," Martin said. "And the response that I get from these callers is heartbreaking." One of those callers was Carol Weber.

'Thrown under the bus' 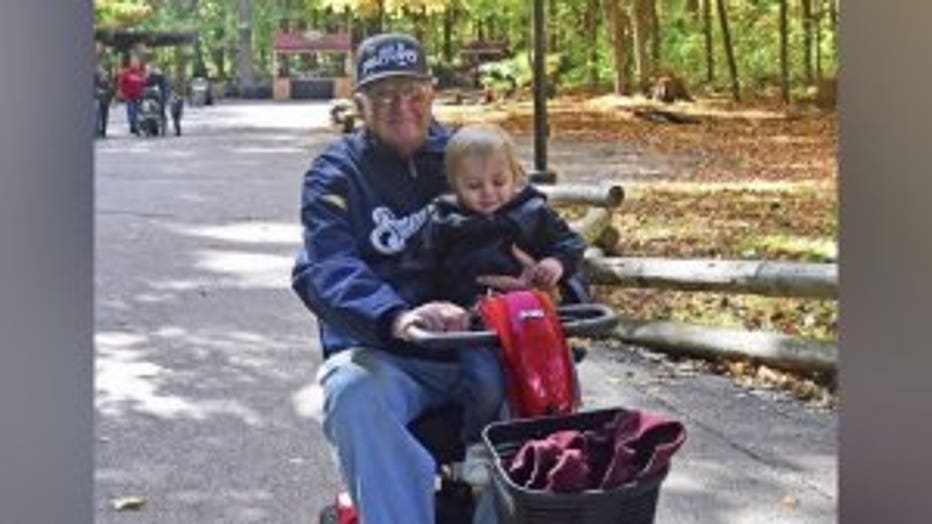 "He is a very low-key and gentle man," Weber said, describing her husband. "Very quiet and introspective. He's a father, and a grandfather, and a great-grandfather." Charles had surgery at the beginning of April for aortic valve stenosis, a condition in which the heart's aortic valve narrows and reduces or blocks blood flow from the heart to the rest of the body. "It was not elective," Weber said. "He actually fainted at home. It had to be done." But Weber says the surgery that was supposed to fix the problem made things worse. "They called me that night, the physician, and said a mistake had been made," Weber said. "He said it shouldn't have happened, but it did. And now we would have to do a double bypass on him." 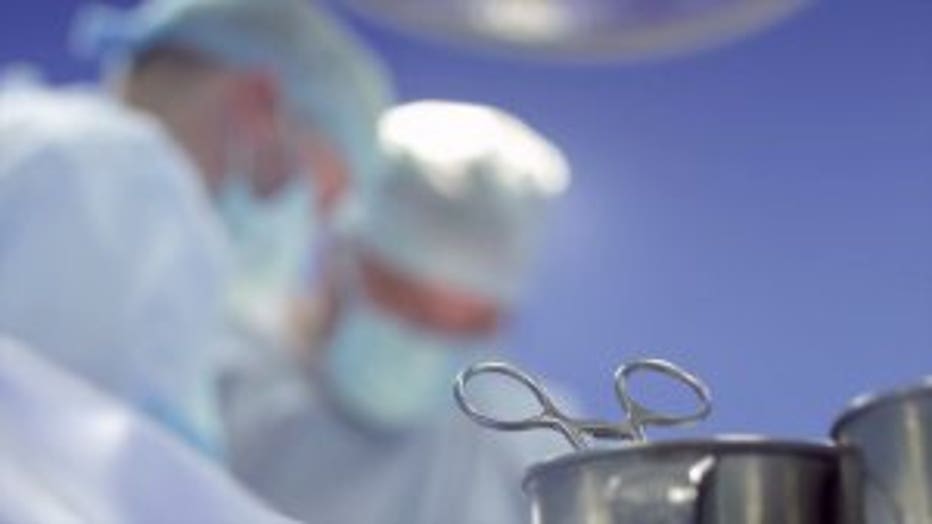 Weber says her husband is still in the hospital following the double bypass that was done to correct the error in the first surgery. He is also on dialysis and will need months of rehab. But Weber says perhaps the worst part is that the double bypass is now jeopardizing an already-needed abdominal aortic aneurysm surgery. "It's almost like he's a ticking time bomb," Weber said. That's when Weber started calling attorneys. "What I was really looking to get from any kind of a legal situation would be help with his medical expenses," Weber said. "We are not wealthy people and it weighs on me heavily. I cry." Two layers told Weber they would have enthusiastically taken her case two months ago. They told her Wisconsin's COVID-19 response law, Act 185, prevented them from doing so now. "I couldn't believe it," Weber said. "I feel like we're being thrown under the bus."

At first, Weber was confused by the lawyers' responses. Act 185 is about COVID-19 response; her husband's surgery had nothing to do with the coronavirus. 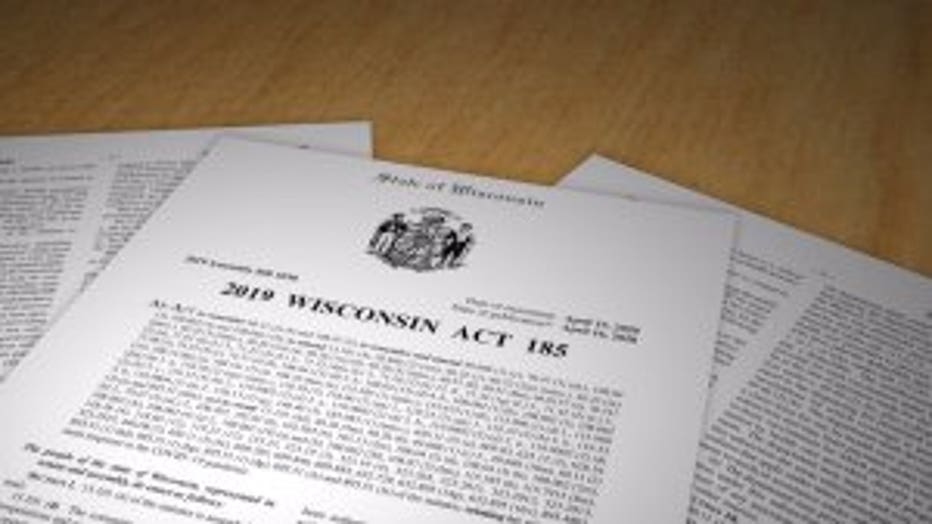 A FOX6 investigation revealed a last-minute amendment from Assembly Speaker Robin Vos (R-Rochester) changed the wording of an immunity provision for health care providers. Originally, the bill gave health care providers immunity from civil lawsuits related to their response to COVID-19. The provision had widespread support, even from attorneys who typically sue hospitals and nursing homes, due to the unpredictable nature of this new disease. "We absolutely supported that because this is a pandemic and that type of immunity should be afforded during that time," Martin, who is also a registered nurse, said. But Vos' amendment, which he described as "technical corrections," deleted language in the provision specific to COVID-19. 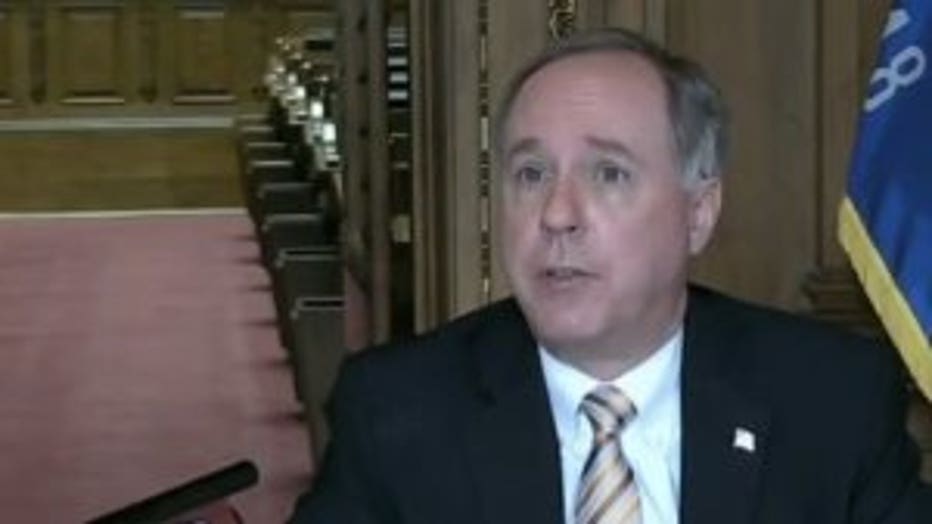 The end result was a law that says a health care provider is immune from civil liability for death or injury or for "actions or omissions" if the provider, in part, is "providing services during the state of emergency declared under s. 323.10 on March 12, 2020, by executive order 72, or the 60 days following the date that the state of emergency terminates." Martin and other medical malpractice attorneys interpret that to mean health care providers have immunity from civil liability during the emergency order and 60 days following its termination regardless of whether they are treating or responding to COVID-19.

The cases for and against broad immunity

"I have a responsibility to accept cases that I believe I can successfully prosecute, and with the way I interpret that law, I don’t believe I can successfully prosecute that case," Martin said. "There’s no course of action, there’s nobody to be held responsible or accountable for the injury or death of your loved one," PKSD attorney Jeff Pitman said. "And so if there’s no consequences to what happened, what do you think is going to happen if you can’t be held accountable for not doing your job?" "Because of this, there are going to be hospitals that are going to take advantage and try to limit that person’s right to recovery," Gingras Thomsen & Wachs attorney Mark Thomsen said. 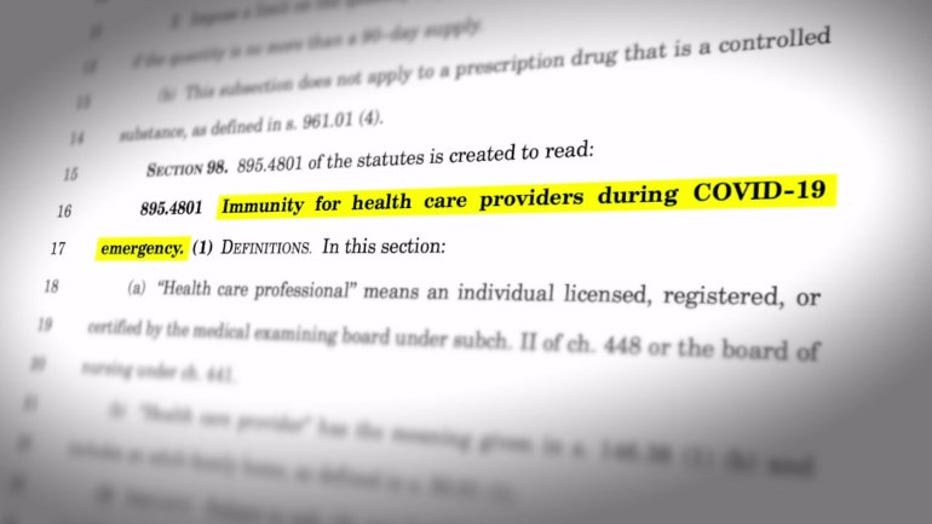 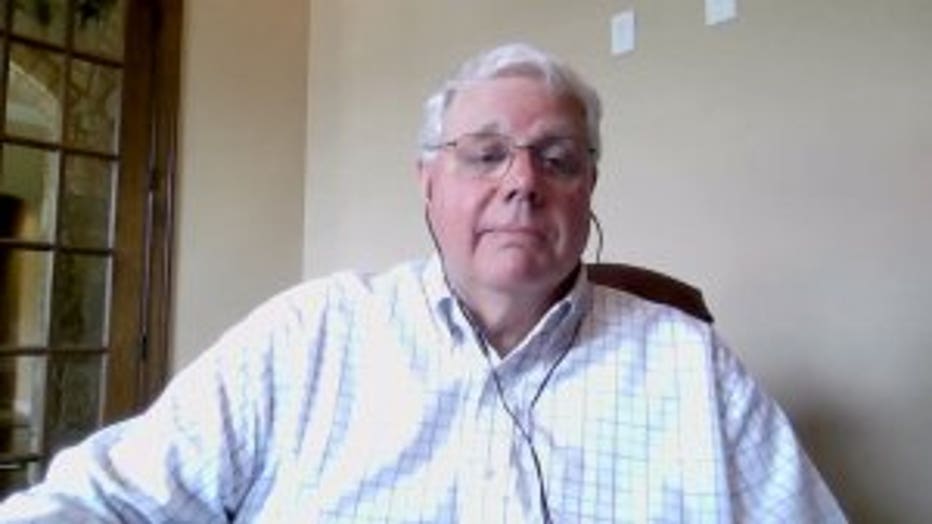 "I kind of dispute with you that it has significant changes from the original language," said Wisconsin Medical Society Chief Executive Officer Clyde "Bud" Chumbley. "There’s a word here and there, we debated that. But I think the intent is consistent with the original language." "Anyone who’s arguing that this did not substantively change the language of the bill or that it was a 'technical change' of the bill is completely wrong," Martin said. Chumbley points to the set timeframe of the health care provider immunity, which expires 60 days after the state of emergency ends. He also emphasizes provisions in the law that say the health care provider does not have immunity in cases of "reckless or wanton conduct or intentional misconduct." "If my mother was dropped, and by the way my mother is in a nursing home with Alzheimer's," Chumbley said. "If they dropped her and broke her hip and that led to her demise...I don’t believe that completely eliminates that possibility the patient’s family could seek recourse." Attorneys argue that most of the issues they take to court are about negligence, not recklessness. They say the legal standard for "reckless" conduct is much more difficult to prove than negligence, which is not addressed in Act 185. 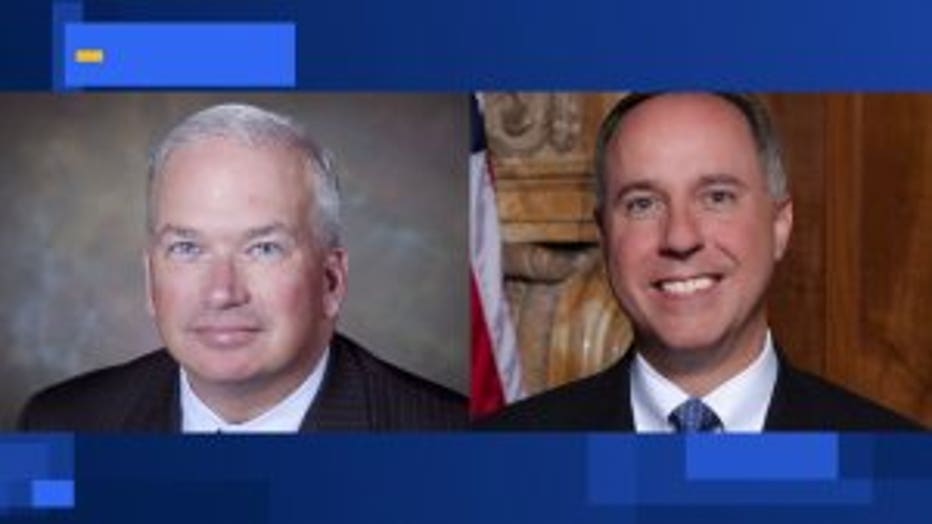 Vos and Senate Majority Leader Scott Fitzgerald (R-Juneau) have not responded to FOX6's repeated requests for comment. FOX6 also asked the 13 Republican senators and representatives on the Senate and Assembly health committees for comment; none would speak about the issue. "It removes a significant mechanism for consumer protection that we as a society need," State Rep. Jonathan Brostoff (D-Milwaukee) said. "It was a damaging piece of language." 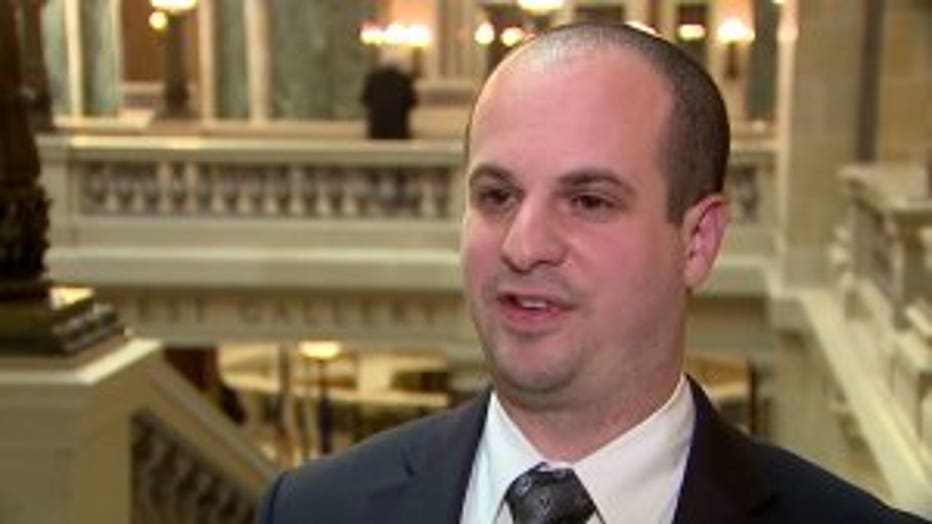 Brostoff is one of two state lawmakers who voted against Act 185, in part because of the broadened health care provider immunity provision. His colleagues, and Governor Tony Evers, say they signed off on the bill becoming law because the good provisions outweighed the bad.  Click here to read about other provisions in the bill, including changes to unemployment benefits. "You were one of two no votes, so you knew this bill was going to pass," FOX6 Investigator Amanda St. Hilaire said in an interview with Brostoff. "Does that vote become more difficult if you’re the deciding vote and that Friday deadline for accepting federal aid is looming?""No," Brostoff said. "I think doing the right thing and working hard are kind of my two mottos in politics....and I think as long as you follow that everything else will work out. In this regard, I think the right thing would have been to take up a different bill." "Politicians have egos and they love getting credit for stuff," Brostoff continued, describing his frustration with the way the bill was amended. "So if you see a politician that has a huge substantive bill or amendment to a bill, and they want to sneak it in last minute without anyone knowing about it, that's a red flag." Brostoff says he is pushing for state lawmakers to convene and pass legislation that reverses the broadened health care provider immunity. 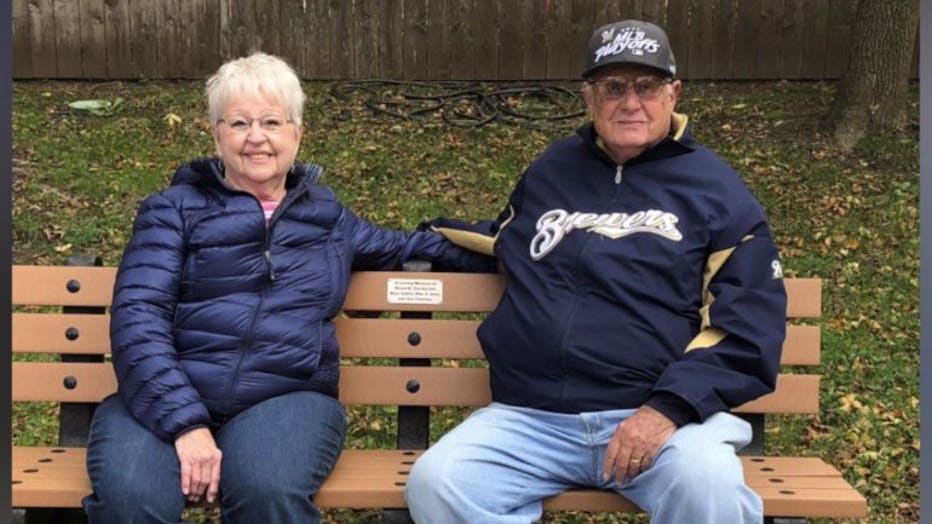 "I think that need to step up to the plate," Carol Weber said. "I think that they are making victims out of people that shouldn’t be victims." Weber was weighing her options, but she says she doesn't know where to go about her husband's complications now that those options have disappeared. "It causes me no end of frustration, and anxiety, wondering what lies ahead," Weber said. "He’s not a young man. And it’s devastating, really."