MILWAUKEE -- An anonymous tip lead authorities to rescue 74 dogs from a hoarding situation in Wisconsin Rapids in Wood County on Wednesday, April 12th. All of the dogs are now being cared for at humane societies -- including at the Wisconsin Humane Society in Milwaukee. Thursday evening, WHS reports TWO of the rescued dogs are available for adoption right away! 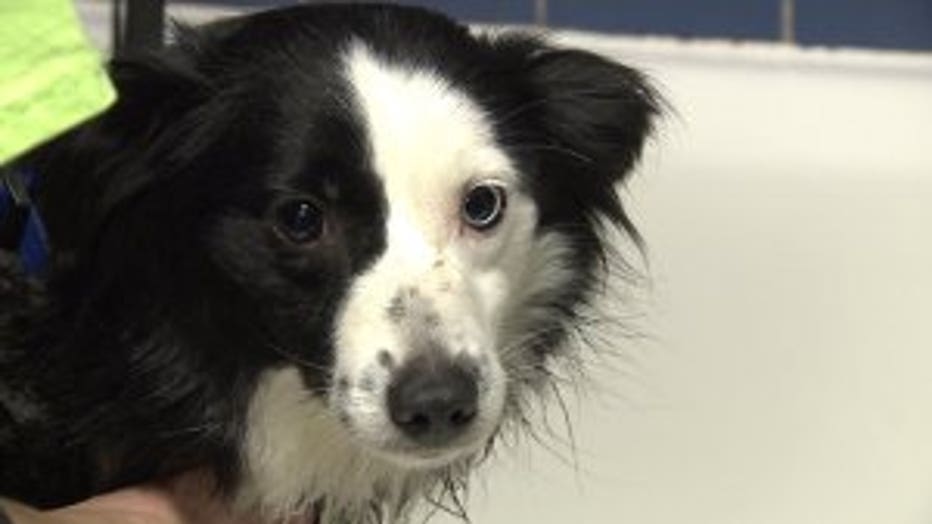 Mandy Sparkle Dust is one of the 74 dogs who was recently rescued from the home in Wood County. An anonymous tip led authorities to a home where the dogs were living in unsanitary conditions -- lacking food, water and attention.

The owner voluntarily surrendered the dogs, which were removed from several buildings on the property.

One day later, on Thursday, April 13th at the Wisconsin Humane Society -- it was bath time: 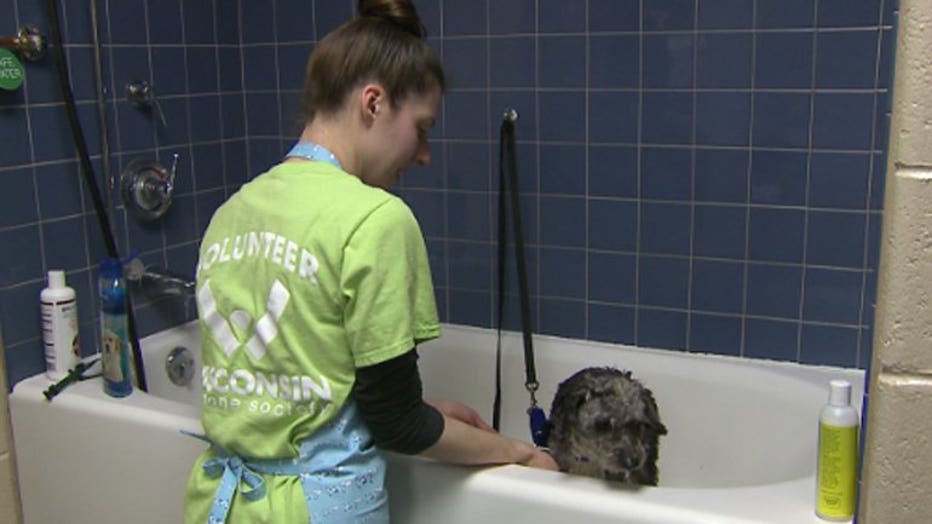 "The dogs are all being seen by behavior staff and our veterinary staff in hopes that they will be able to be placed up for adoption," said Angela Speed with the Wisconsin Humane Society.

The dogs are Australian Shepherds, poodles and "Aussie Doodles" ranging from six months to 12 years old.

Out of the 74 dogs rescued, 31 of them found their way to the Wisconsin Humane Society. A few dogs had to be placed in an area that normally houses cats because there are so many of them. 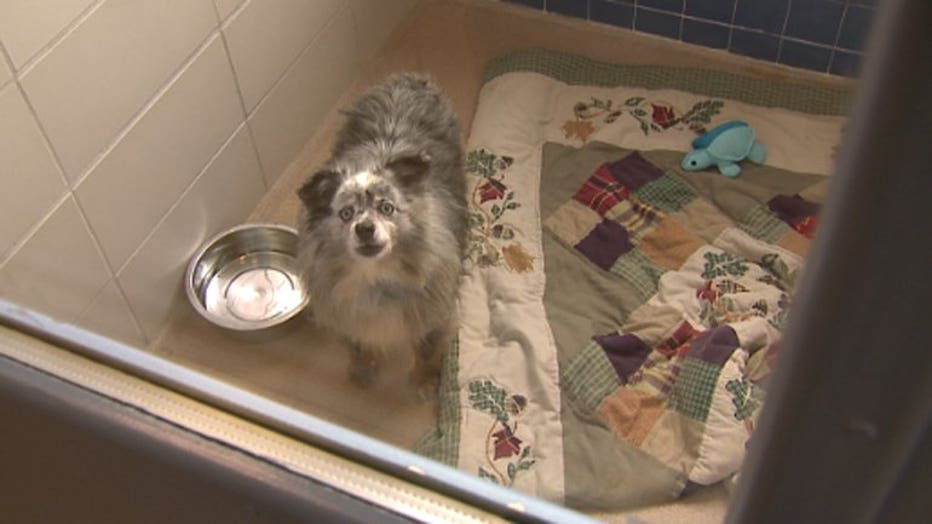 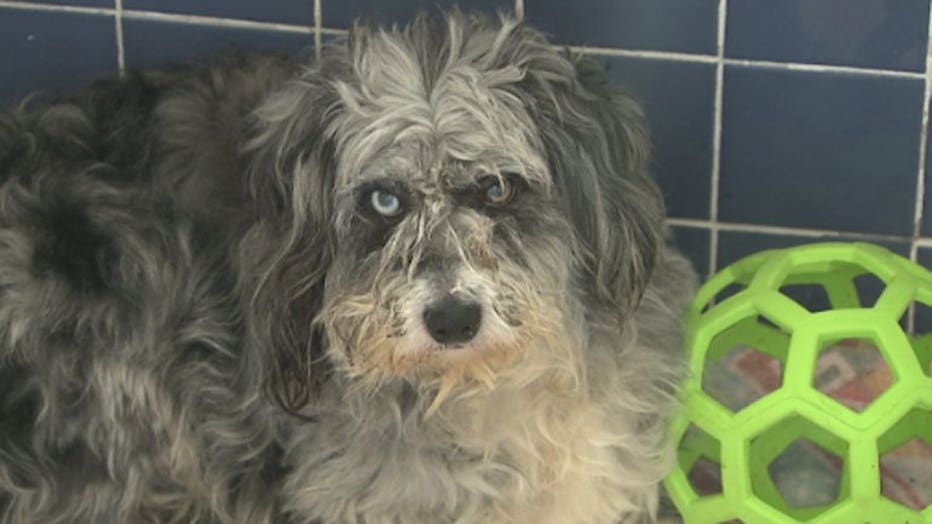 "What we're finding so far is that the dogs are really fearful. They're quiet -- shut down. Their behavior is almost that of puppy mill dogs," said Speed.

The hope is to get a handful of them adopted by the end of the week, and the rest in the coming months.

"I feel like every little step in their journey is a step towards recovery for them, and it's a nice bonding experience for me," said Rebecca Rosenbaum, volunteer. 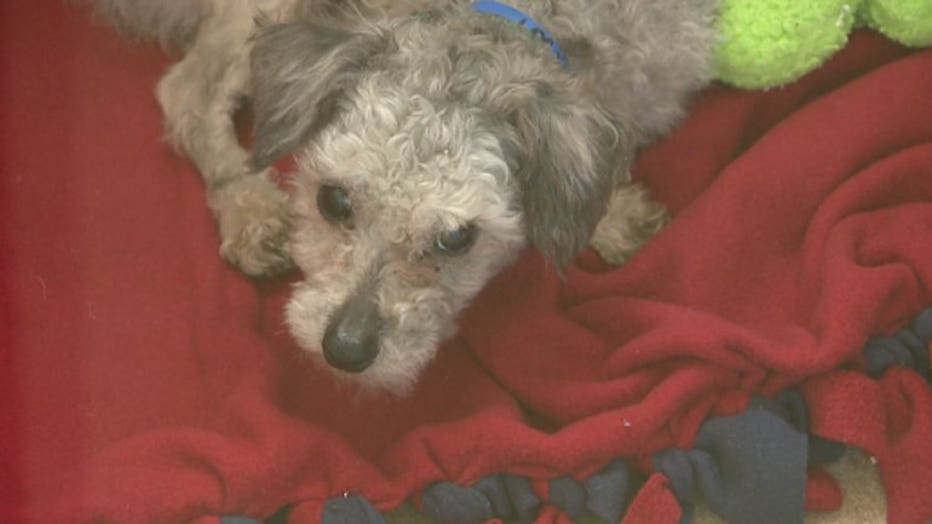 WHS says they are confident two of the dogs are healthy enough to move through to adoption right away. King Gristle and Mandy Sparkledust will be available for adoption on Friday, April 14th at noon. Adopters are helped on a first-come, first-served basis -- no holds are accepted in advance.

"At this time, neither dog has shown behaviors indicating they couldn’t go home with kids, cats, or other dogs, but they will need a quiet, calm environment as they adjust to their new home. Thank you all so much for your interest and we’ll be sure to post again once more of the pups are ready for forever home," WHS said in a Facebook post.

If you are interested in offering support, monetary donations are the immediate need as medical treatment will be required for many of the dogs.

Donations can be made by CLICKING HERE.