ERIN -- History will be made beginning Monday, June 12th as the 117th U.S. Open begins at Erin Hills Golf Course. Along with the golf, another piece of history will welcome people to Erin Hills.

At Milwaukee Blacksmith, silence doesn't exist when business is bustling. 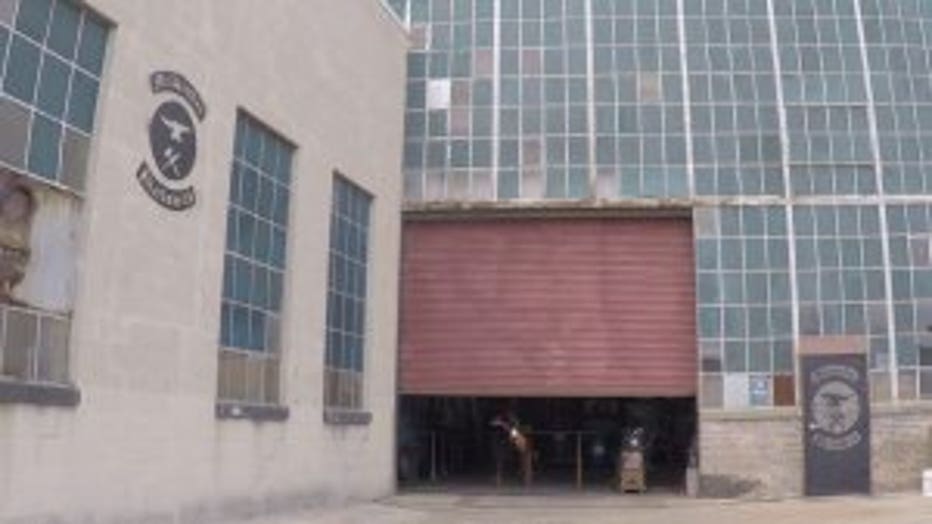 "We're hammering away at it. That chalkboard back there, that's our work list there. That's our job list," Kent Knapp said.

Because of that, Knapp, the owner and lead blacksmith always seems to be feeling the heat. 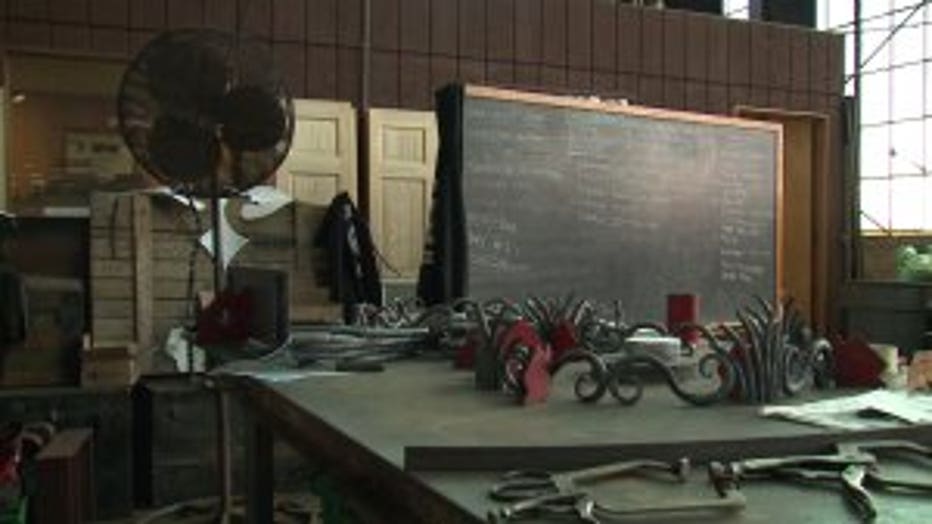 As those projects were being worked on, another much bigger project was being formed in the new shop.

"We received an email from somebody at the U.S. Open," Knapp said.

Knapp's chief design executive came up with an idea.

"We submitted it. They loved it, and so here I am many months later," Knapp said. 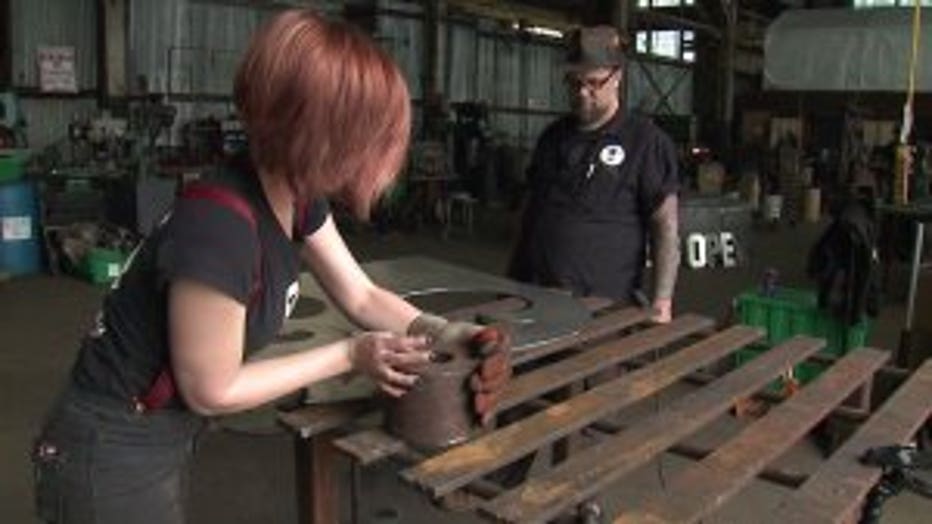 Many people are known to wear their heart on their sleeve. For Knapp, it's part of his sleeve.

"Milwaukee feeds and supplies the world. It's right there on my arm, so we're just trying to continue that tradition here in a great city, trying to keep it alive," Knapp said.

When you step into the shop, it's impossible not to notice that history is alive and well. 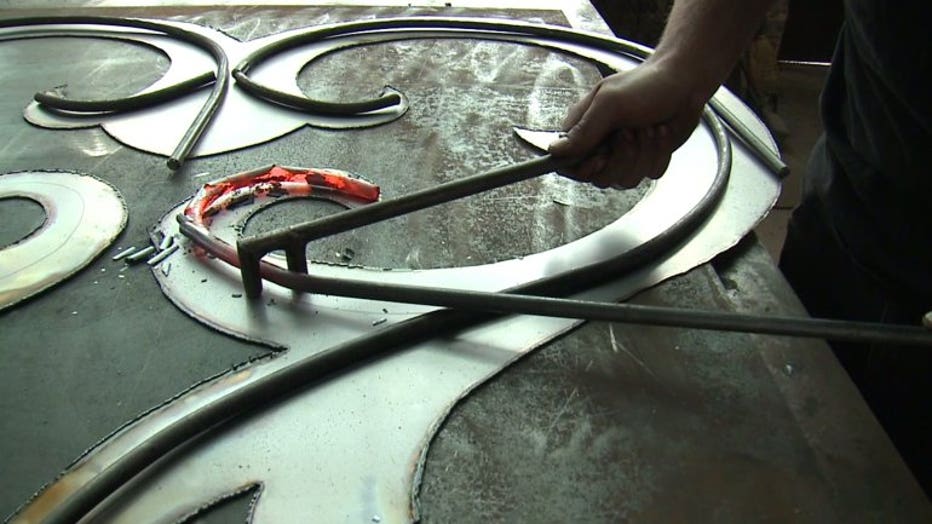 "We're talking about a craft that's been around for 3,000, 4,000, 5,000 years, so when I work in the shop, it kind of ties me into the history of man -- and that, that's huge to me. I'm a huge fan of history, specifically Milwaukee, which also has a great iron history in so many different ways," Knapp said.

The U.S. Open was first played in 1895, just as Milwaukee' iron history was taking shape. 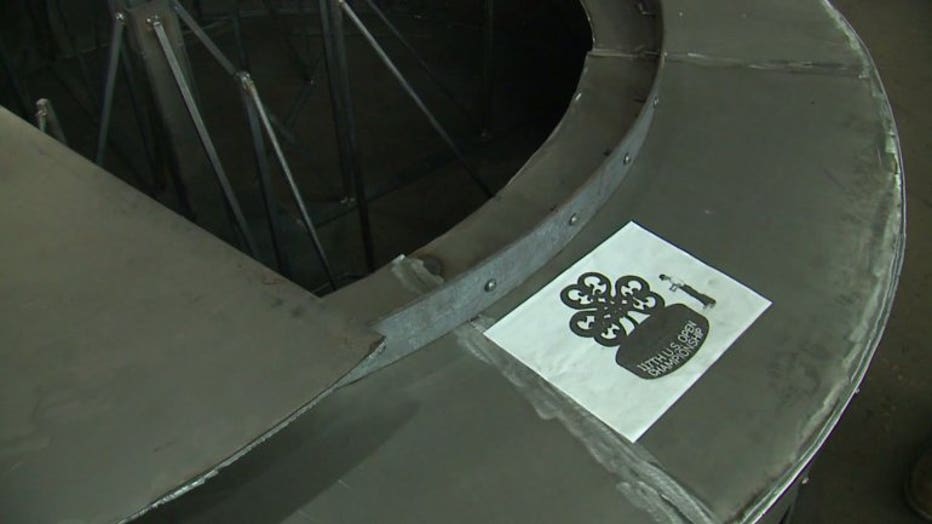 "1895 was about the time that Cyril Colnik settled here in Milwaukee, who a lot of people don't know the name, arguably the best American blacksmith ever. He moved here in his mid-20s in the mid 1890s and lived here until his death in the 1950s. We look at Pabst Theater, Uihlein Mansion, different Pabst mansions around town, Villa Terrace, this is all Colnik's work, so it all ties back into it," Knapp said.

Like the rivets holding the U.S. Open sculpture's base together, its history is connecting the pieces of the sculpture to modern day. 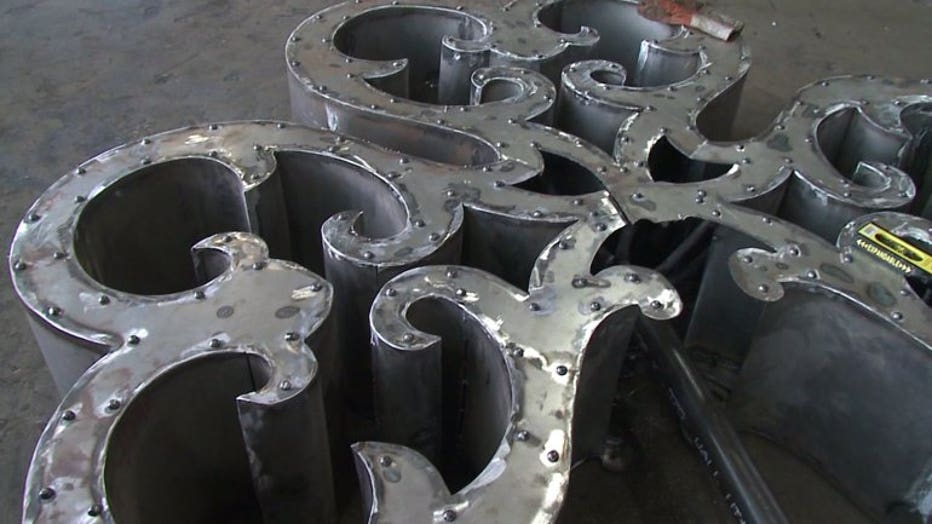 "Coming up from this base will be a gigantic shamrock, which is Erin Hills' logo. It's a shamrock with kind of a cool scrolly design cut out of it, so it kind of fits what we do very well," Knapp said. "We wanted to kind of marry that old school scrolly look with the 1880s kind of industrial revolution look. I think it's kind of a testament to the staying power of industry in Milwaukee, being part of that industry, so that's kind of my nod towards that."

And when you understand the family's history, it's easy to see why they have their own staying power. 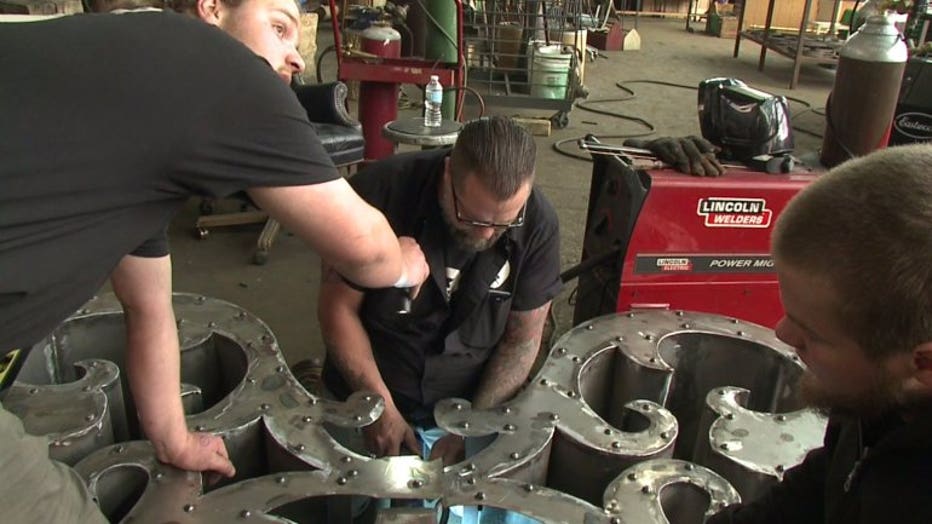 "Just like The Beatles said, 'It's a long and winding road.' Right? So they sometimes come back and return to each other," Knapp said.

This intersection will happen at Erin Hills, where the U.S. Open sculpture will stand in the shadow of Knapp's past. 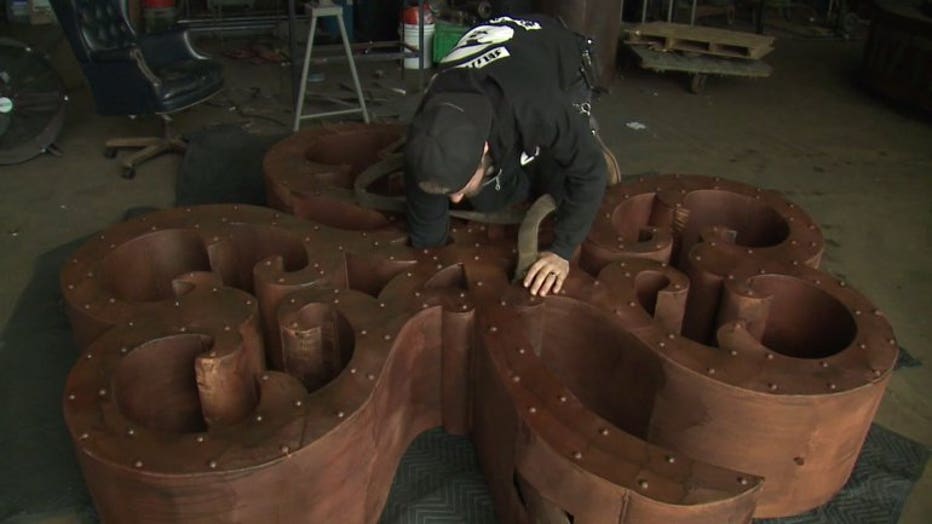 "We actually lived in Erin shortly before I opened Milwaukee Blacksmith 11 years ago. My wife Shannon is a horse person and she trained and bred horses, so we were on a farm out there. We've lived a thousand different lives from Northern Wisconsin to Southern Louisiana. We've been in practically every field that you can imagine. Like I said, I was a musician. I'm a blacksmith. I used to drive an ice cream truck. I used to do door-to-door sales. I've done everything I could to keep this family alive," Knapp said.

Even before that, Knapp's roots scroll back to a golf course. 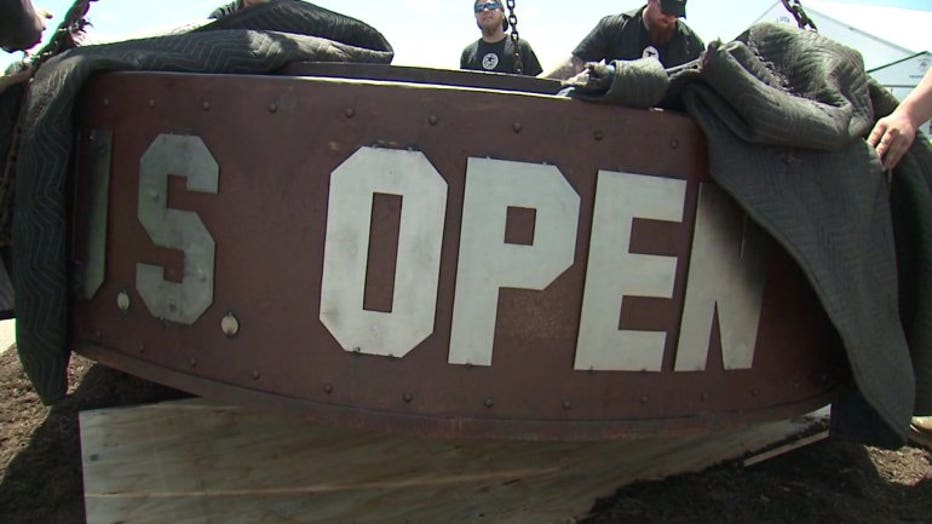 "I was a caddie, so I can follow (a golf swing). I worked at Milwaukee Country Club when I think I was maybe 12 years old and I was a caddie for maybe one summer. That was enough for me," Knapp said.

Now, a new set of irons will define his history with golf.

"This is so personal to me. Every inch of this sculpture is about myself and these kids and learning the craft and carrying it on," Knapp said. 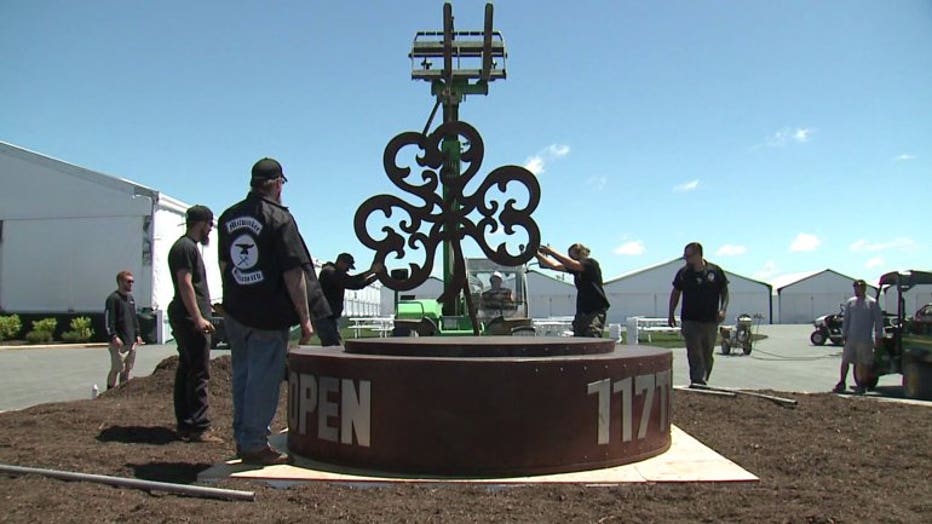 USGA officials say many people will be saying "meet me at the shamrock" while they're at Erin Hills for the U.S. Open.