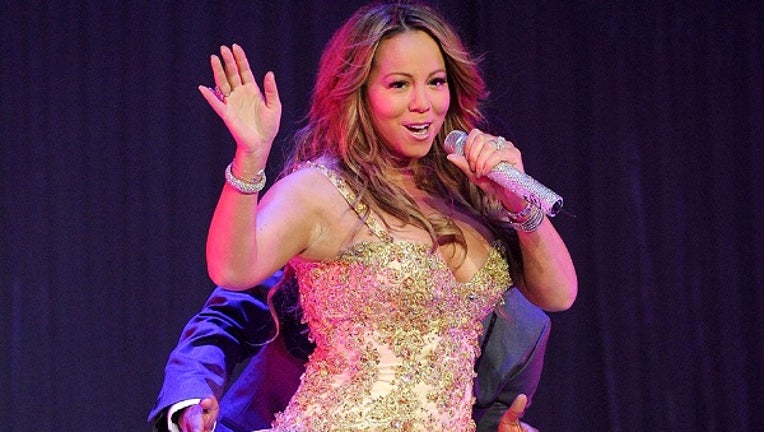 Many of us have dreamed about going across the world and performing our hit songs on stage to thousands of adoring fans, or perhaps writing that one hit song that makes millions of dollars. A few household names have managed to achieve that level, but we will not call them lucky — achieving success in the entertainment industry takes hard work just to qualify for a lucky break.

Here are ten of these hard-working artists who have achieved great wealth, in approximate ascending order, as estimates of their wealth tend to vary.

Mariah Carey – Although Carey’s worth has been estimated at north of half-a-billion dollars, she is the poorest entry on our list. Her finances have been propelled by her collection of #1 hit singles — more #1 hits than anyone except the Beatles (one of whom also graces this roster). Carey also claims the title of top-selling artist of all time on Billboard. Products such as lines of nail polish add to her wealth.

Madonna – The Material Girl has accumulated quite a bit of material. Estimates of her net worth range from $520 million to $800 million. Madonna has branched into fashion and children's books, and her ninth 2013 concert tour, The MDNA Tour, grossed upward of $300 million.

Jay-Z – By some estimates, the spousal combo of Jay-Z and Beyoncé are worth a billion dollars, but Jay-Z alone has an estimated wealth of $510 million to $560 million. His interests include a record label, clothing line, restaurants/sports bars, and a sports agency representing professional athletes including Geno Smith, Dez Bryant and Andre Ward.

Celine Dion –This songbird’s wealth is estimated at $630 million, thanks to sales of over 200 million albums worldwide, popular Vegas shows running from 2000 to 2010, and auxiliary product lines including fragrances.

Bono – The popular philanthropist, activist, and lead singer of U2 has an estimated wealth of between $590 million and $650 million. As if he weren’t just making money from music, Bono also scored as one of the early investors in Facebook.

Sean Combs – Puff Daddy, P. Diddy, just Diddy ... whatever he goes by these days, Combs is worth an estimated $640 million to $700 million thanks to multiple hit recordings and everything from Cîroc vodka to a television enterprise (Revolt TV).

Dr. Dre – The former N.W.A. member and co-founder of Death Row Records rocketed up the list by selling his company Beats Electronics, which makes the wildly popular Beats by Dr. Dre headphones, to Apple (NASDAQ: AAPL). The artist/producer/entrepreneur netted approximately $630 million from the nearly $3 billion sale and has an estimated net worth of anywhere from $650 million to $800 million.

Paul McCartney – Former Beatle Sir Paul has accumulated an estimated $660 million to $1.2 billion throughout his long career, including his post-Beatles band Wings and extensive solo efforts.

Herb Alpert – The great trumpet player of the 1960s and 1970s went on to become a successful recording industry executive and parlayed his multiple careers into an estimated $850 million. Alpert has received the Grammy Lifetime Achievement Award as well as the National Medal of Arts.

Andrew Lloyd Webber – The Broadway songsmith tops the list as the only one to crack the billion-dollar mark by all estimates. From Phantom of the Opera to Cats to Jesus Christ Superstar, Webber's instantly recognizable songs have netted him an approximate $1.2 billion in net worth.

There are other entertainers from the past that could arguably be included in this list, including Bing Crosby. The famous crooner racked up a net worth as high as $550 million by some estimates, and adjusted for inflation, that would surely top the list. In addition, some of the entries above would have bigger nest eggs if it weren’t for costly divorces.