FREDONIA --  It's the lawsuit that won't seem to go away.  And the bill for taxpayers keeps on climbing.

For the third consecutive summer, FOX6 Investigator Bryan Polcyn shows you how a battle between neighbors is still sending money meant for school children down the drain.

After spending more than $150,000 of taxpayer money chasing after an $8,300 dollar repair bill, the Northern Ozaukee School District finally dropped its own case last year. So why were they back in court again this month?  How much more have taxpayers shelled out?  And, perhaps most importantly, is this finally the end of the four and a half year legal battle?

Once upon a time a farmer got in a fight with his next door neighbor. 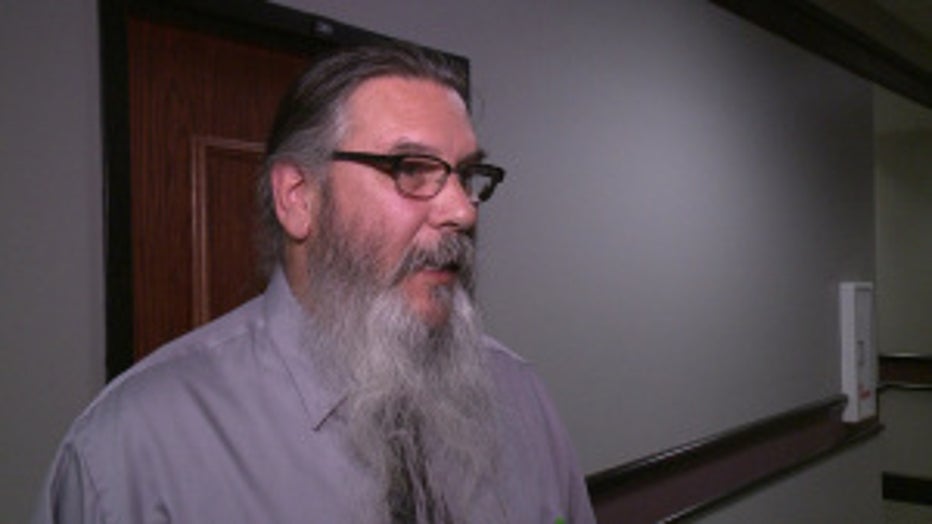 Kendall Thistle tried three times to get a judge to reimburse him for legal costs incurred defending the school district's lawsuit, including $28,000 spent on an expert witness.

"They started the lawsuit," Kendall Thistle,  the defendant, said.

The farmer is Kendall Thistle.

His neighbor is the Northern Ozaukee School District in Fredonia.

And the fight is over  a pond of water.

"We had a potential hazard for students," Paul Krause,  Northern Ozaukee School Board President, said.

So Thistle built a berm, causing a pond to form back on school grounds.

"So the board had to wrestle with some very difficult decisions whether or not to pursue a lawsuit," Krause said.

Draining the pond cost the district $8300.

But the school's lawyers warned a lawsuit would likely cost a whole lot more.

"That seems like throwing good money after bad," Krause said.

The board plowed ahead anyway. 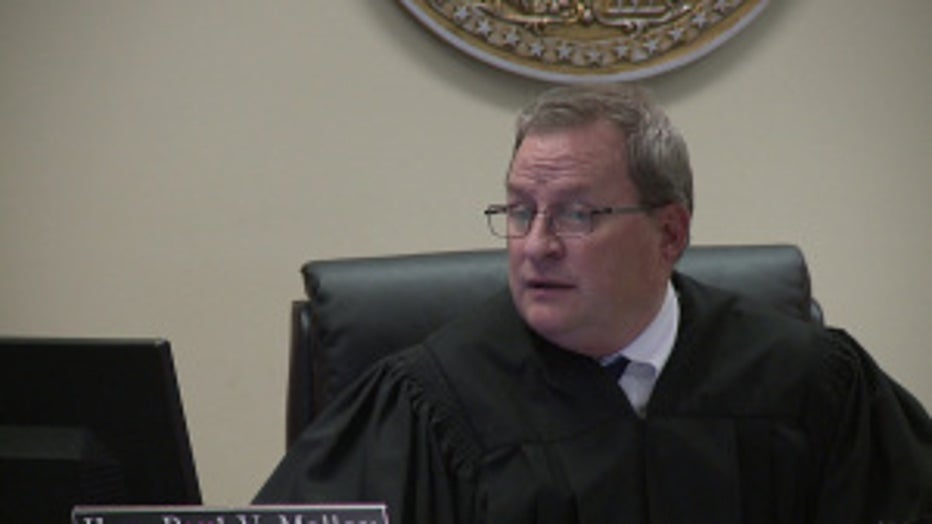 Ozaukee County Circuit Judge Paul Malloy said he would reimburse the Thistles if he could, but ruled that he is prevented, legally, from doing so. This is the third time since last year that Malloy has ruled against Thistle's attempts to recover lega

"A lot of money was put into this lawsuit," Paul Malloy, Ozaukee County Judge, said.

The school district filed suit in February of 2011.

The same month that:

"I think World War II  was won in a shorter time than this has taken," Thistle said.

Four and a half years later, they are still duking  it out in court.

"Seem to be kind of a sticking point," Judge Malloy said.

Last year, the school district finally decided to drop its own case.

"You have to continually look at that cost benefit anaylsis," said Blake Peuse, NOSD Superintendent. 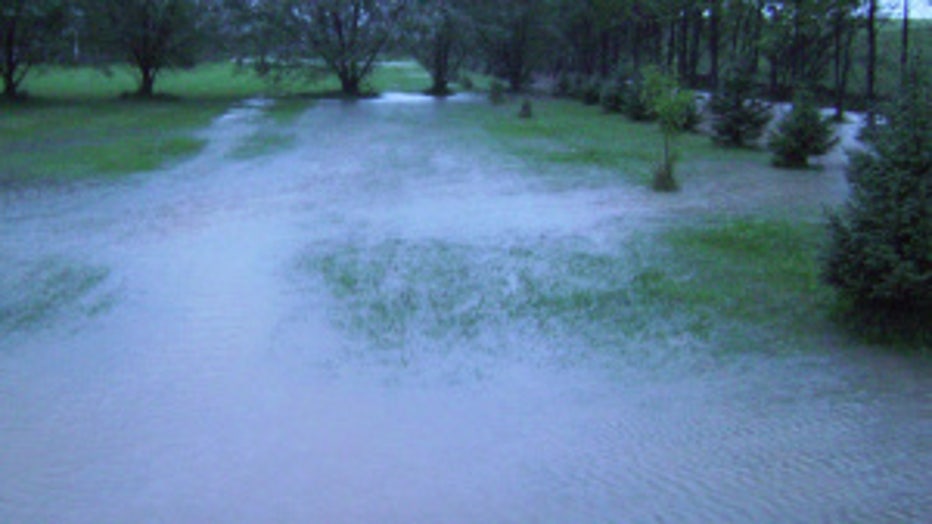 In 2006, stormwater flooded Thistle's farm, prompting him to build an earthen berm to protect his land.

"Maybe one of the tougher choices is to know when to walk away," Krause said.

The district was done. But Kendall Thistle was not.

"You should pay our costs for dragging us through this," Thistle said.

Thistle and his wife spent $80,000 of their own money defending the lawsuit and they want their money back.

"I understand and I have sympathy for the Thistles that you get yourself involuntarily dragged into this lawsuit," Malloy said.

Last summer, Thistle filed a motion to recover his costs including $28,000 spent on an expert witness. But in August, the judge denied his request.

"I didn't just decline, though," Malloy said, "I said I would like to, but I'm constrained by what the law is." 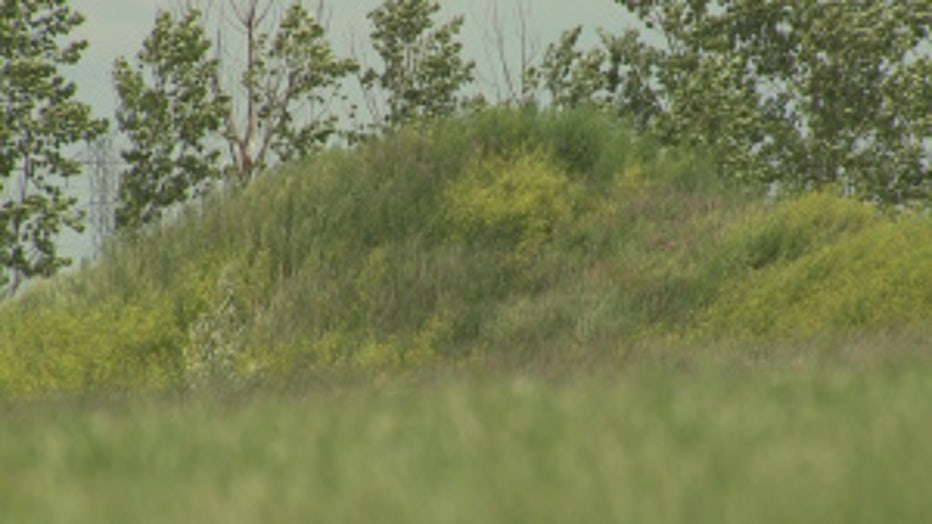 The berm caused water to pool on school property, creating a pond that district officials called a "hazard" for students. The ensuing $8,300 drainage project prompted the lawsuit in 2011.

"At some point, this litigation needs to be finalized," Malloy said.

Earlier this month, the judge denied the Thistles costs for a third time.

"Is this finally the end?" asked Bryan Polcyn, FOX 6 News.

"I believe it is! He sounded pretty emphatic on that," Thistle said.

Thistle says he's disappointed. But even after 53 months of litigation, he insists there are no hard feelings.

"You and I could be neighbors and get along just fine, but maybe I don't like your hedges or something," Thistle said.

Of course, he's not just the school district's neighbor. He's also a member of the school board.

"I serve the taxpayers and the children of the district," Thistle said.

And if there's a lesson for the children, perhaps it is this; sometimes a fight ends without any winners. Only goats.

In a statement to the FOX6 Investigators, the Northern Ozaukee School Board points the finger at Thistle for filing repeated motions to "drag out the case."

Thistle replies that "they started the lawsuit." He says he was just trying to recover his costs for defending his rights.

Either way, it appears the marathon lawsuit is finally over.