MILWAUKEE (WITI) -- A car plummeted from an upper floor of a parking structure at Potawatomi Hotel & Casino on Saturday afternoon, November 22nd.

"The driver was extremely lucky. It was really quite miraculous. I've seen some odd things, but this particular thing, yes, it's a first time for me," Milwaukee Fire Deputy Chief Terry Lintonen said.

More than 40 first responders showed up to the scene.

Firefighters say a man drove his car through a concrete barrier on an upper floor of a garage -- ending up in an adjacent scaffold.

"The vehicle was in a rather precarious position simply because it was laying on false work. Our companies found a vehicle nose down, with the occupant still within the vehicle," said Lintonen. 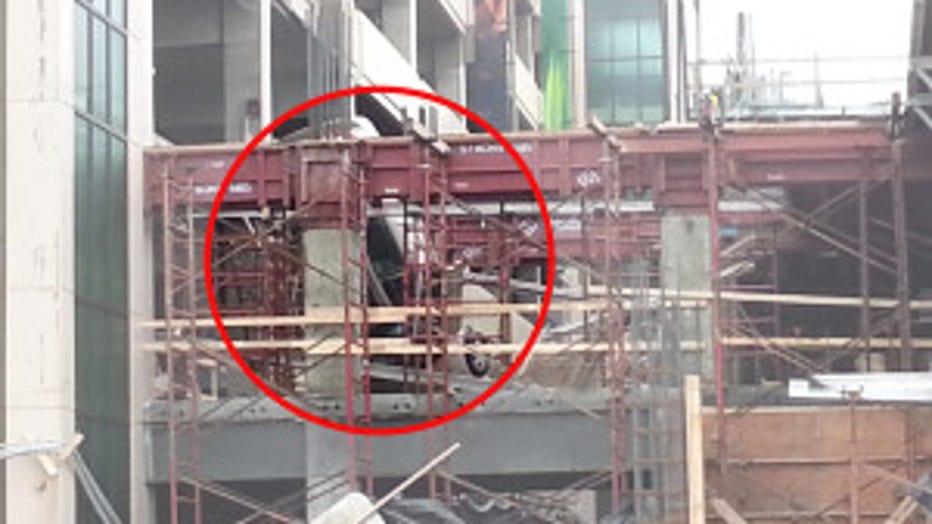 Firefighters worked to stabilize the car, eventually pulling the man out safely without injury.

"Fortunately, he did remain calm, listened to instructions," said Lintonen.

It was a remarkable ending for a man who may be the luckiest at the casino.

"It could have been much, much worse," said Lintonen.

The car remained in the construction until a crane removed it. That happened on Monday, November 24th.

Police are investigating exactly what happened.