“The biggest pay it forward:” After wife`s shocking diagnosis, husband steps up to save stranger`s life

"The biggest pay it forward:" After wife`s shocking diagnosis, husband steps up to save stranger`s life

PEWAUKEE -- A couple from Pewaukee has endured a terrible and rare diagnosis -- and they're turning their tragedy into something positive -- paying it forward by helping others in a big way. 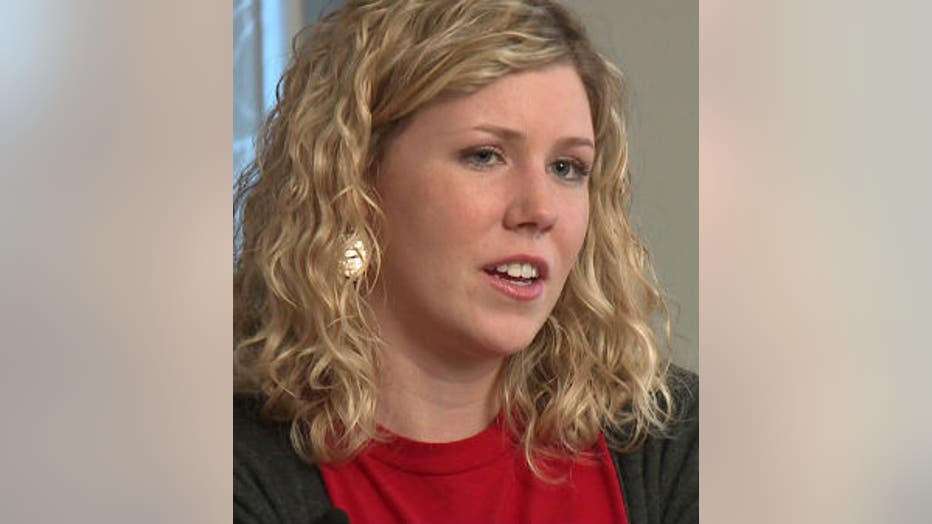 The sign outside says "Serenity Lane," but since closing on their Pewaukee home, life for Vanessa and Scott Hood has never been more turbulent.

"It's hard to remember because it was all kind of a whirlwind," Vanessa Hood said.

As they were moving in, Vanessa thought she had come down with mono.

"Then my side kinda starting hurting. It felt like a stabbing pain," Vanessa Hood said.

When her vision became blurred, doctors ordered blood tests. The results were life-altering.

"Leukemia essentially means the white cells are, in simple words, misbehaving. So they start dividing real quick and take up space in the bone marrow," Dr. Ehab Atallah said. 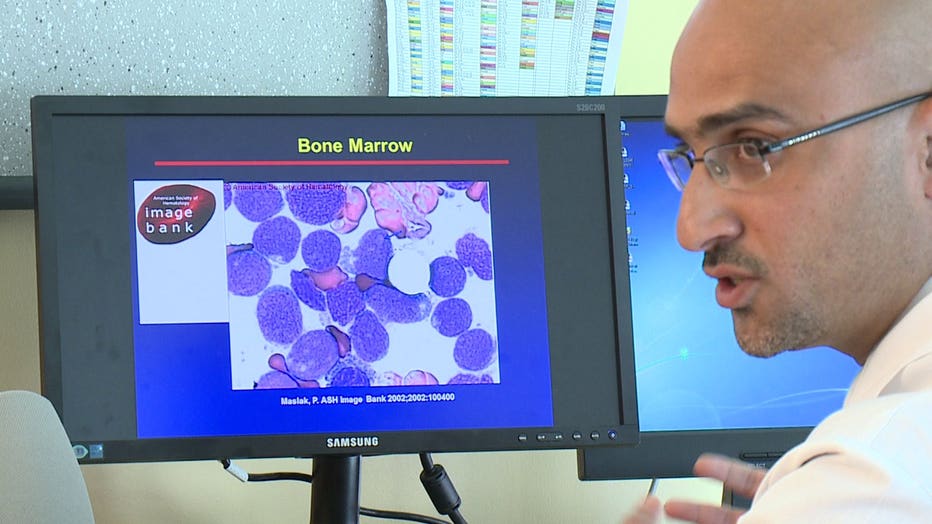 "This is what a normal white cell would look like," Dr. Atallah said. 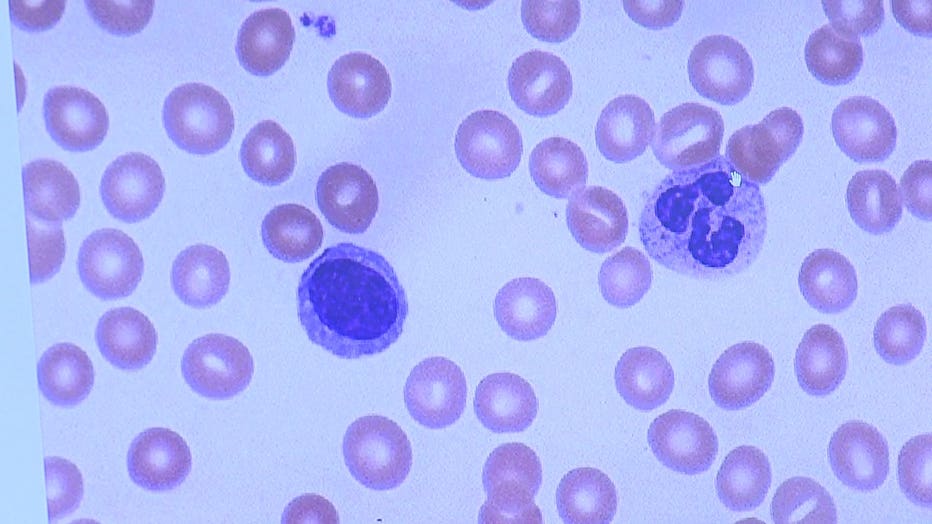 "Your world just kind of gets flipped upside down in a matter of hours," Vanessa Hood said.

"You turn almost to survivor mode. That's really what it is throughout it," Scott Hood said.

"There's 20 million people in the bank who are willing to donate their marrow if needed," Dr. Atallah said.

For more than two months, Vanessa continued with chemo and waited. 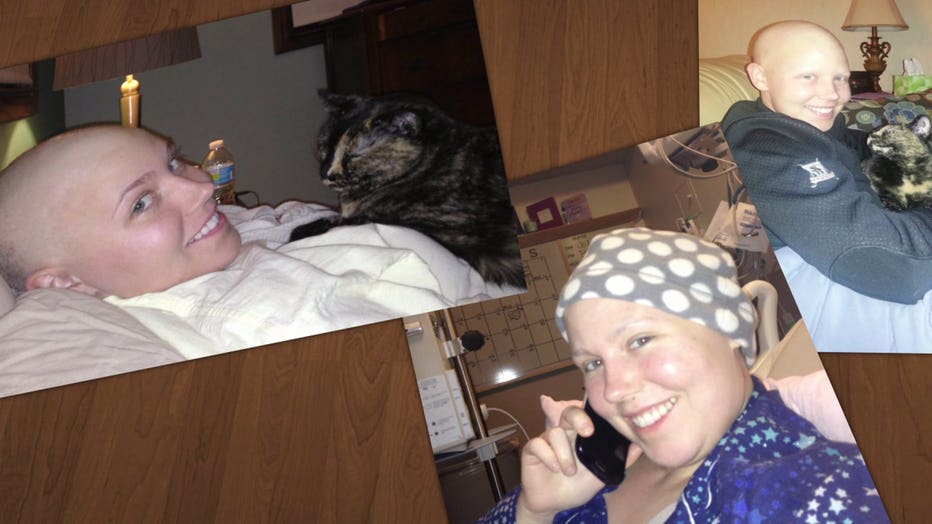 "You felt like you were stuck in the mud and you're never gonna go anywhere," Vanessa Hood said.

"All I can do is support her the best that I can, and there's no guidebook for how to do that," Scott Hood said.

Then they got the good news. Vanessa's donor would be a 34-year-old man from Germany.

"There are no words to describe someone that is willing to save your life," Vanessa Hood said.

"They bring you to the point of death and bring you back," Vanessa Hood said.

The transplant itself was a lot like getting a bag of blood.

"They call it your new birthday, or your rebirth," Vanessa Hood said. 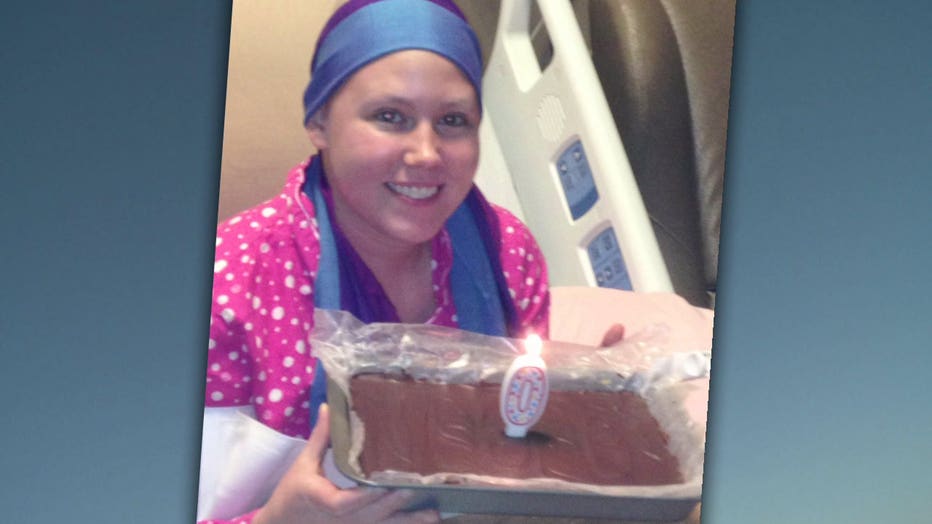 Two years later, Vanessa and Scott are now settled into their home. But as it turned out, Vanessa's transplant wasn't the only transplant this household would go through.

"I never really thought that I would get a call," Scott Hood said. 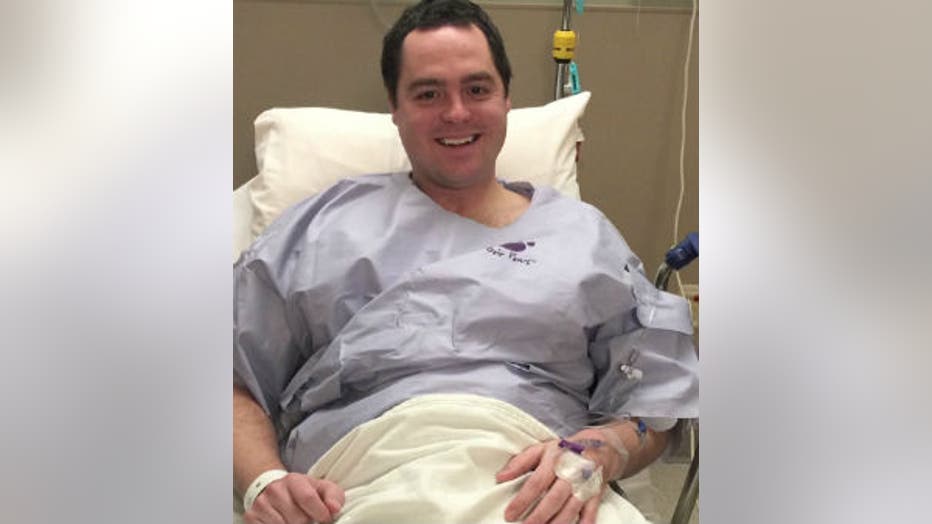 After his wife got her transplant, Scott joined the donor registry.

"I immediately called them and said, 'yeah, what do I gotta do?'" Scott Hood said.

The chances he'd become a donor were less than 0.2%.

"It made me feel great. It's all I could hope for," Scott Hood said.

Most donors are able to give marrow through drawn blood. Scott had a minor surgery.

"The side effects in my opinion are very minimal compared to seeing the other side of it," Scott Hood said.

Hood's bone marrow went to a 50-year-old man in South Africa. Scott got word the man has been released from the hospital without serious side effects.

"I just wish everybody did it as second nature almost," Scott Hood said.

"For him to be able to save someone else's life is the biggest pay it forward."

"For him to be able to save someone else's life is the biggest pay it forward," Vanessa Hood said.

If you're interested in becoming a donor, the place to start is bethematch.org. They'll send you a kit -- and then you just need to swab the inside of your cheek and mail it back. It won't cost you a thing to donate.

Minority donors are especially needed. Right now, they make up about 33% of potential donors.