MILWAUKEE (WITI) -- In the world of hip-hop and rap, it's not uncommon for an artist to sample another, but a local producer says a big-time rapper did more than sample. He's suing Def Jam Records -- claiming a summer hit by Young Jeezy is a ripoff of his song. 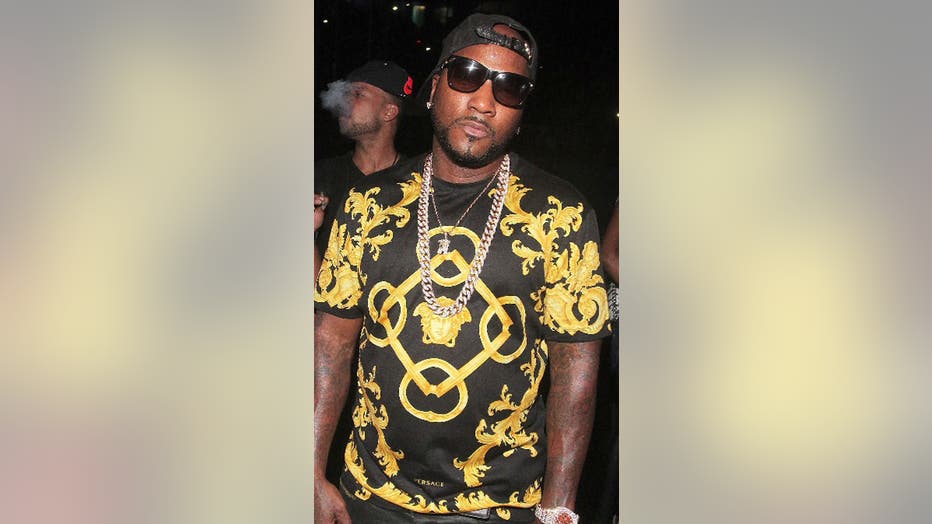 Young Jeezy is a national recording artist. He's had chart-topping singles, and he's teamed up with artists like Usher and Rihanna.

A Milwaukee man is claiming one of Young Jeezy's songs copies a song he released years ago, and he's filed a federal lawsuit.

"I'm not out here looking to get famous.  I'm just doing the music," Chris Syrrakos said of a lawsuit he's filed over a song he says he published five years ago.

Syrrakos, who goes by the name "Big Chris" says years ago, he gave a demo CD with the beat to a music producer with Milwaukee ties.

"Then, you know, I never hear anything back from him.  All of sudden all these years later, I'm hearing all these songs come out and they're on my tracks," Syrrakos said.

Syrrakos is talking specifically about the song "Me Ok" by Young Jeezy.

"It's not that the beat is similar. The beat is my exact beat," Syrrakos said.

"Me Ok" has been at or near the top of the music charts since its release. Syrrakos says he recognized the beat instantly.

"As soon as you hear it, certain things I recognize, like the clap and the base and the piano," Syrrakos said.

In a federal lawsuit Syrrakos has filed against Def Jam Records, Universal Music Group and Jay Wayne Jenkins -- better known as Young Jeezy, Syrrakos says "Me Ok" infringes on the copyright of the beat he calls "13 Shots."

The lawsuit was first reported by TMZ.

Syrrakos is asking for monetary damages and profits from the song.

"Really to me, it's all about the money. I've been putting in this work and now I deserve my credit.  I deserve the pay for it," Syrrakos said.

Syrrakos says he has sessions, tracks and artists who can back up that he wrote the beat years ago. He says he doesn't think the beat heard on "Me Ok" could be similar just by chance.

FOX6 News reached out to the Universal Music Group for comment on the lawsuit, but we haven't yet heard back.