HOUSTON – Two couples who met at a Texas church are now involved in possibly the furthest thing from a post-sermon potluck: a sex tape blackmail case. As the Houston Chronicle reports, Leslie Amanda Hippensteel, 31, and John Ousley, 32, met Saul Eisenberg, 28, and his then-fiancée, 24, at a church in Katy; Ousley and Eisenberg's fiancée ended up having an affair.

They made sex videos, which were ultimately found by Hippensteel. She allegedly blackmailed Ousley with them and emailed them to Eisenberg, who in turn allegedly forwarded them to his mother and stepfather.

A big mess ensued: Hippensteel and Ousley divorced in March; Eisenberg and his former fiancée are in the midst of custody proceedings over their 6-year-old child; and both Hippensteel and Eisenberg face misdemeanor charges of unlawful disclosure of intimate visual material. 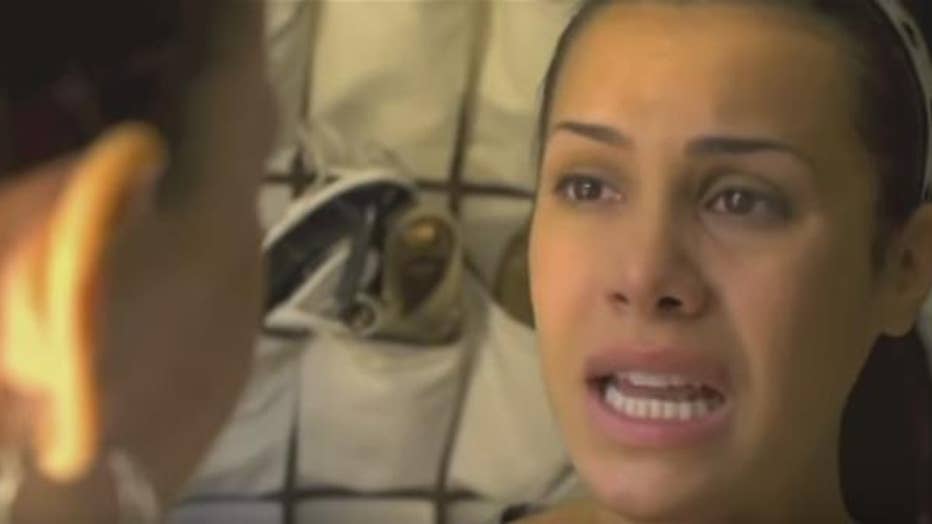 Hippensteel was arrested earlier this month for allegedly blackmailing her ex-husband with the sex videos during their divorce proceedings, threatening to send them to the Christian high school where he worked if he didn't give her money.

Ousley showed police records appearing to prove he gave Hippensteel $7,812.21. She then allegedly sent the videos to Eisenberg, who says he received them on Feb. 2, and also allegedly sent them to Ousley's employer.

Ousley resigned after administrators confronted him about the videos. On Thursday, a judge barred Eisenberg from contacting Ousley or his former fiancée.

The Dallas Morning News, which notes that Hippensteel is an actress, reports both she and Eisenberg face up to a year in jail. (Read how a criminal found America's first big sex tape.)