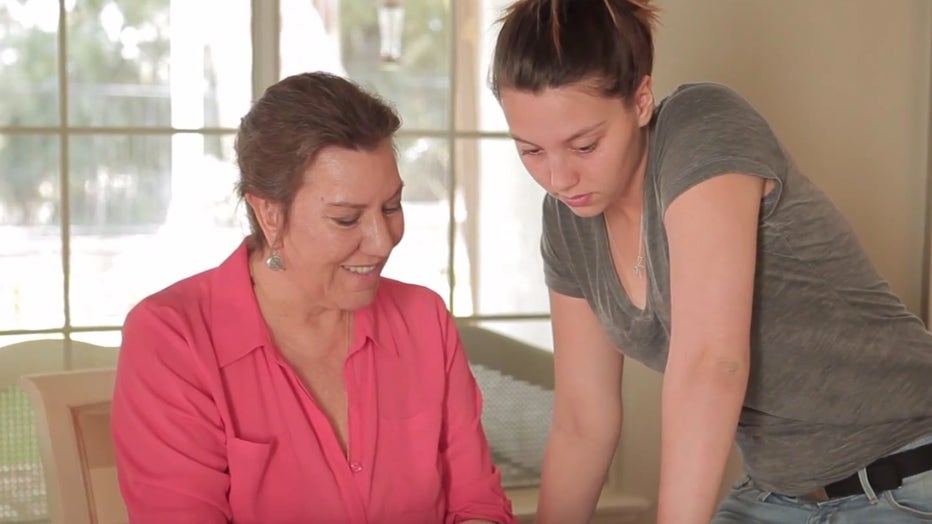 VALENCIA, Calif. -- A terminally ill mother is among three plaintiffs who recently sued the state of California for the right to end their lives.

Christy O'Donnell, 46, was diagnosed with Stage IV lung cancer in 2014 that spread to her brain. Despite months of aggressive chemotherapy, the cancer has spread to her brain, according to a news release from Compassion & Choices, a non-profit organization aiming to expand choice at the end of life.

O'Donnell, who has a 20-year-old daughter, said if new chemotherapy treatments fail, she's only expected to live a few months. Doctors have told O'Donnell her death will be slow and painful.

“The most likely way that I’m going to die with the lung cancer is that my left lung will fill with fluid, I’ll start drowning in my own fluid,” O’Donnell said in the video, which was recorded on March 4. 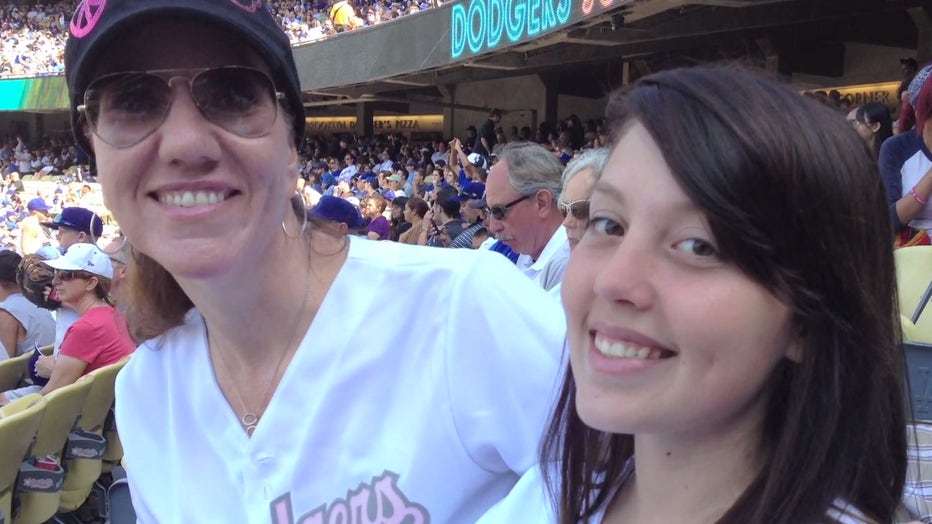 O'Donnell said she was inspired by the late Brittany Maynard to reach out to the group Compassion & Choices, to help her. Maynard, 29, grabbed the national spotlight after publicizing that she and her husband, Dan Diaz, moved to Portland so she could use Oregon’s law to end her life on her own terms. She was diagnosed in January 2014 and died on November 1, 2014.

“I have lived an incredible life," O'Donnell said in the video. "I have lived 10 peoples’ lives in my 46 years. I have had the joy of motherhood, which has been the greatest joy in my life. So, because of that, I’m not afraid to die. But not being afraid to die is not the same as wanting to die. I don’t want to die.” 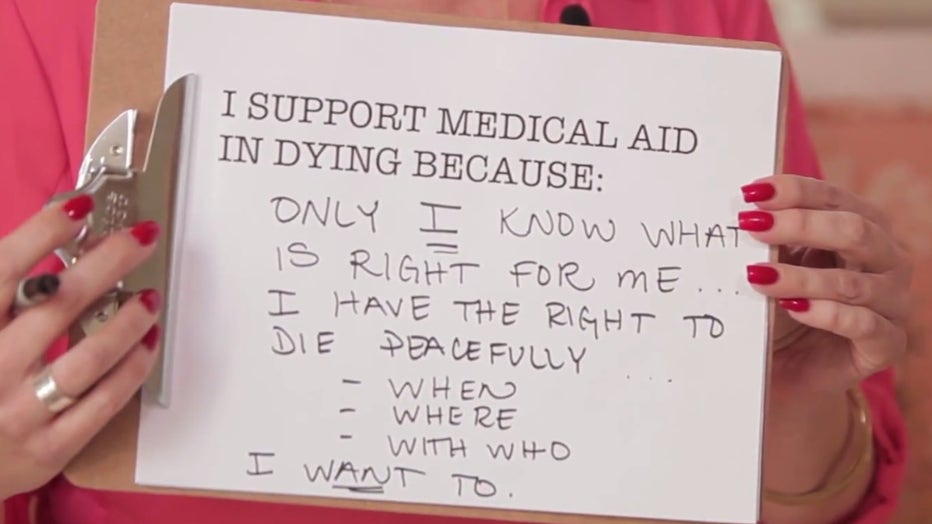 She said she could go to a hospital where doctors will "very painfully" drain the fluid from her lungs with a tube. Eventually, however, her lung will start to fill with fluid again, and the process of "drowning painfully" will repeat until her death.

For her, it's all about having a choice.

O'Donnell, who lives in Santa Clarita, Calif., is a former sergeant in the LAPD and a proud Christian.

“I have been a Christian my whole entire life and I am today,"O'Donnell said. "I believe in God, I pray and I have an entire support system that prays for me." 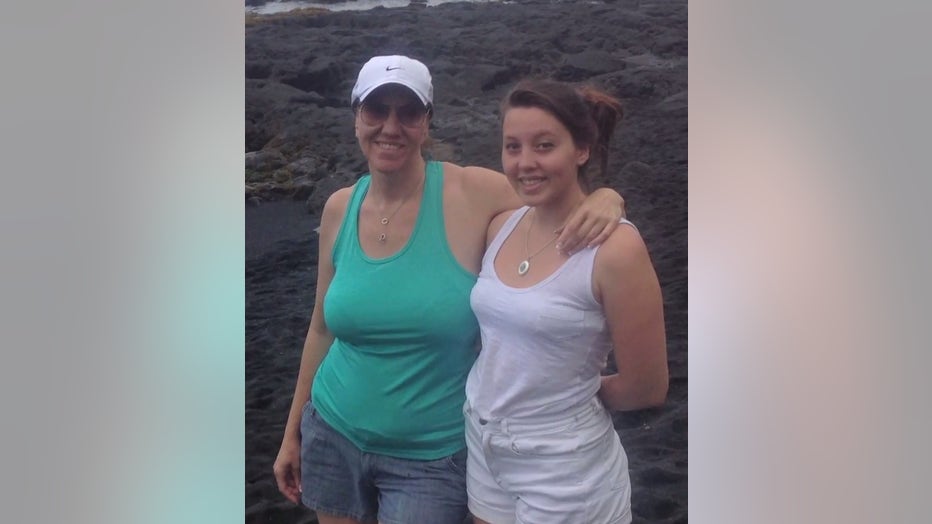 Last week, Compassion & Choices filed suit in California on behalf of O’Donnell and two other people with terminal or advanced diseases asserting the law should allow the medical practice of aid in dying.

O'Donnell would like to be allowed the option to request a prescription to end her dying process should the pain and suffering become unbearable.

“No parent wants to be lying on the floor, knowing their child is going to come home and find them dead," O'Donnell said. "And every day when my daughter is driving home from work, she calls me on the phone to talk to me. You know why? Because she wants to know before she gets home if I’m still alive.”

The thought of how her death will impact her daughter, 20-year-old Bailey, is what prompted O'Donnell to take action.

“It’s the most difficult thing ever… to see your mom slowly dying, essentially," Bailey said.

The two other plaintiffs in the suit are Elizabeth Wallner of Sacramento, who has stage IV colon cancer, and Ventura resident Wolf Breiman, who has an incurable cancer of the white blood cells called multiple myeloma, according to the non-profit. 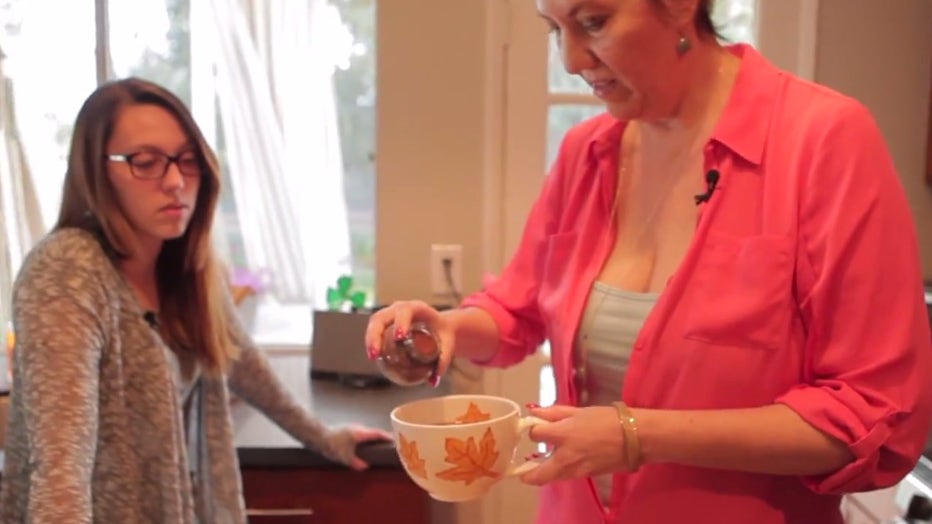 According to KTLA, the lawsuit alleges, among other things, that the plaintiffs' rights to privacy and free speech have been violated, a copy of the legal complaint stated.

It coincides with a legislative campaign in the state that, if passed, would authorize medical aid in dying.

Senate Bill 128, the End of Life Option Act, is "closely modeled" after Oregon's Death With Dignity Act and was recently approved by the senate's Health and Judiciary Committees, according to KTLA.

The Senate has until June 5 to pass the End of Life Option Act, according to the non-profit. If passed, the Assembly would have until Sept. 11 to approve the legislation.