BURLINGTON -- A severely injured heron was spotted near Burlington. The bird was barely able to survive on its own before a dentist, hospital and vet teamed up. The trio saved the bird's life with a prosthetic beak. 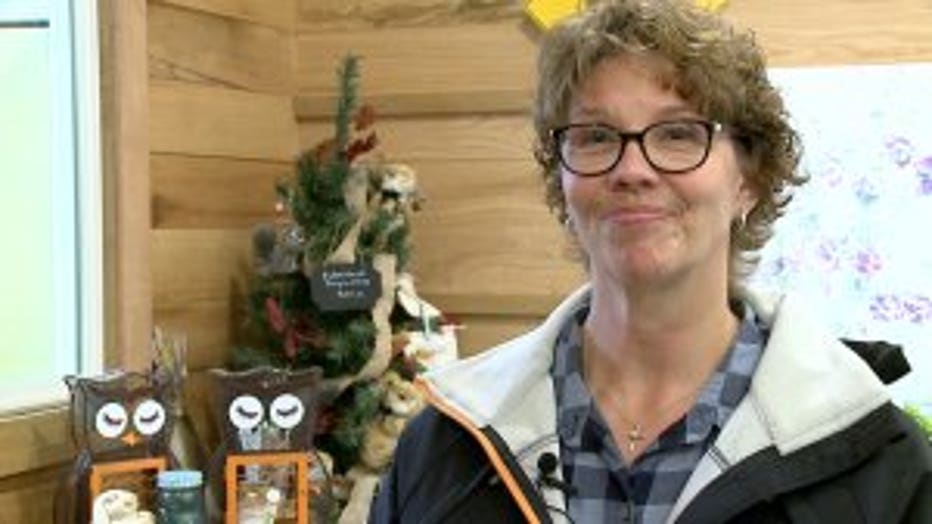 A Lake Geneva dentist had a new patient this week -- but this one had talons and feathers.

"Animals do whatever they want most of the time," said Ann Limberg, dentist.

The patient was a severely injured, underweight heron that was seen near Burlington. He was missing the top third of his beak.

"We had to take an impression and fabricate that," said Limberg. 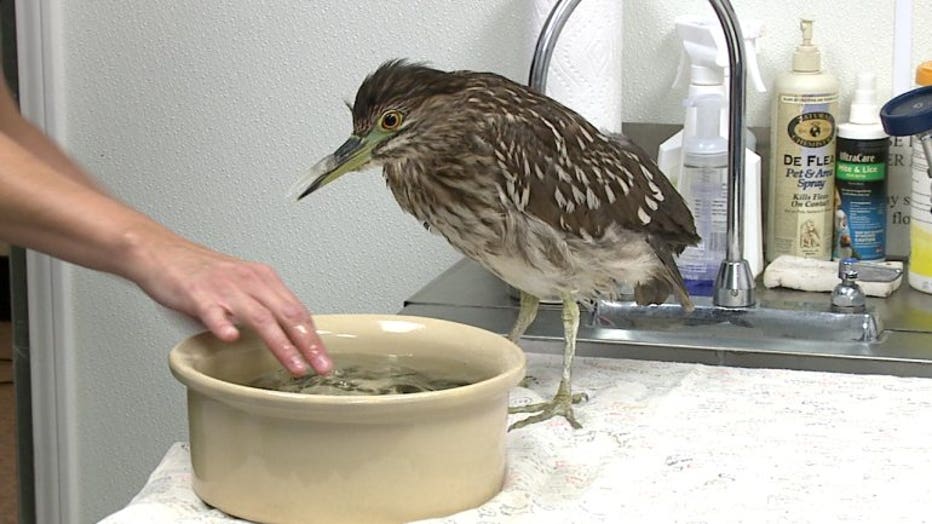 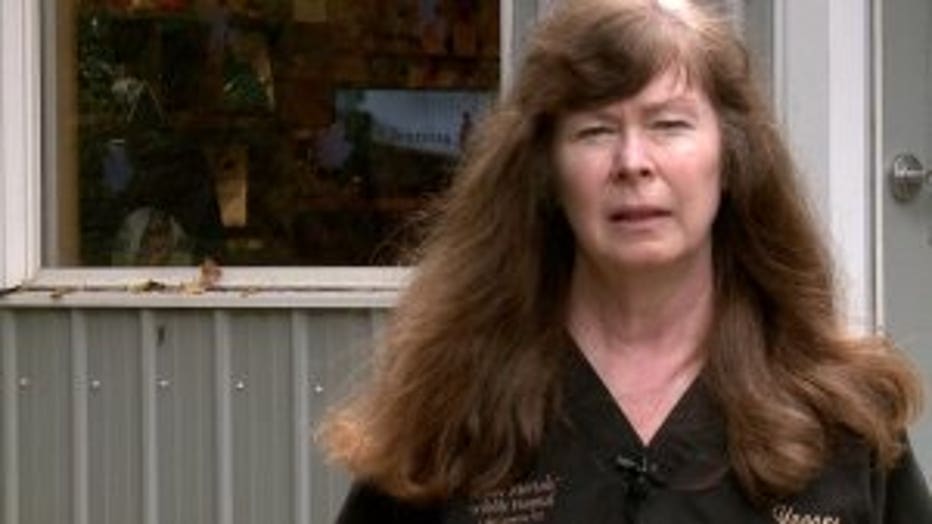 The bird had another injury to the right side of his head and eye. Limberg teamed up with two veterinarians and Fellow Mortals Wildlife Hospital to save the bird's life. The group created a prosthetic bill so the heron can eat on its own.

"Processed it similar to like what you would process as a denture for a person," said Limberg.

"When the bill was attached, I had tears in my eyes," said Yvonne Wallace Blane, Fellow Mortals Wildlife Hospital. 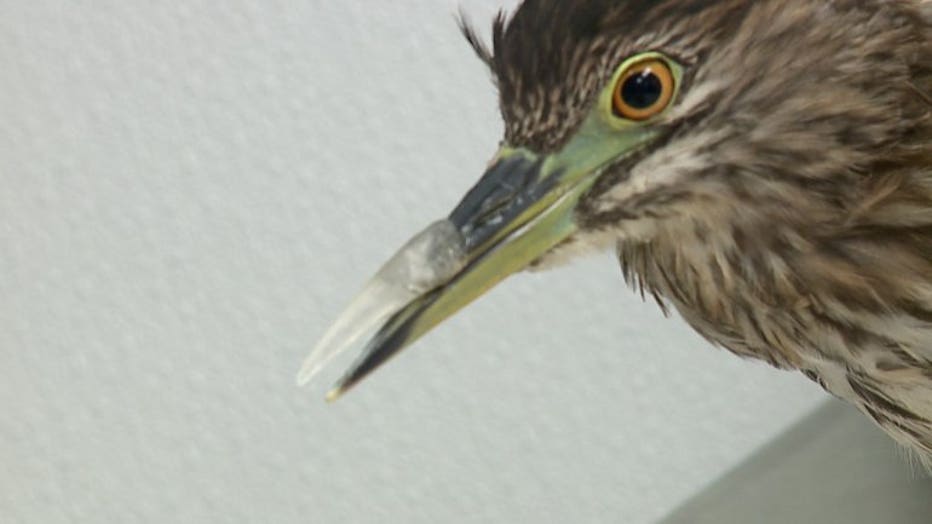 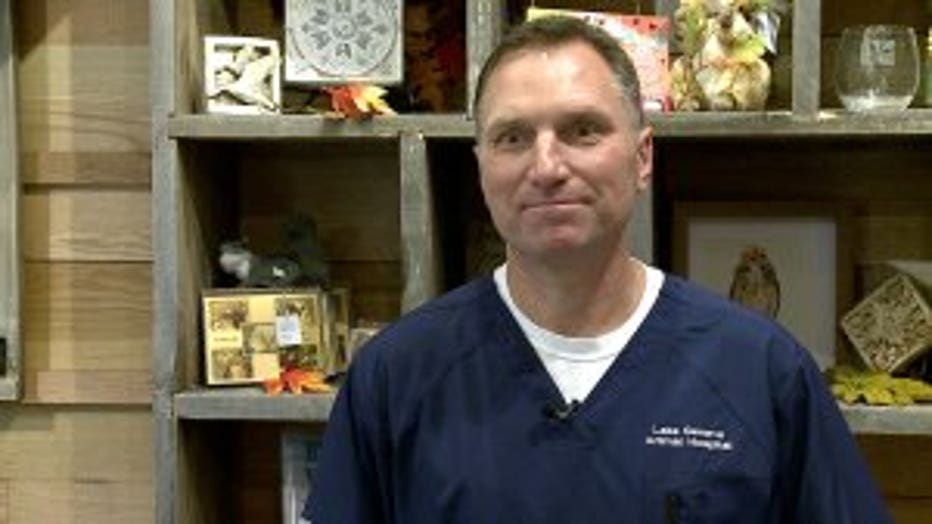 The heron is recovering at the wildlife hospital, where he ate just an hour after the procedure. Workers at the hospital think the bird was hit by a car.

"As soon as he had this new beak on, he was back eating fish like nothing had happened," said Scot Hodkiewicz, a veterinarian.

And just like in the wild, the heron is adapting quickly with his new, shiny bill. All members of the team are calling the new beak a miracle. 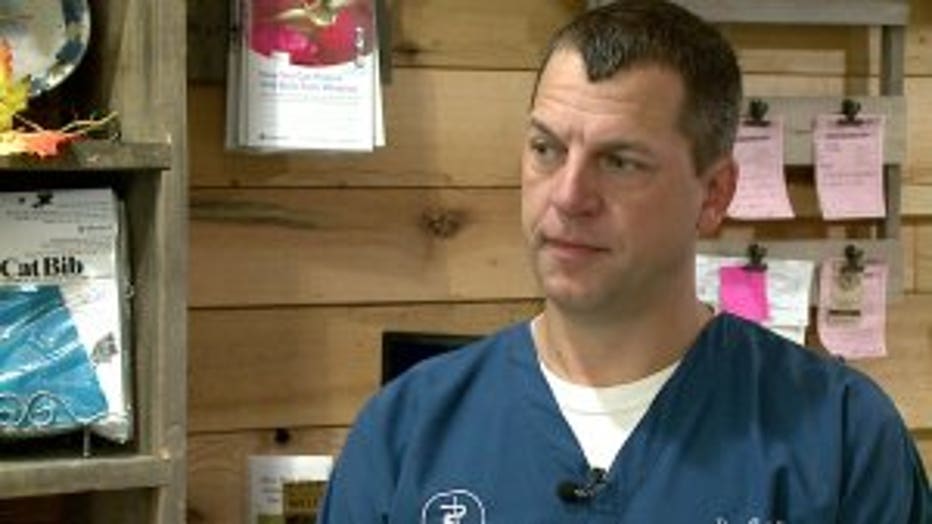 "It looks like he should be able to eat and fish on his own," said Chris Welch, a veterinarian. "He should be good."

The wildlife hospital says the bird's beak could grow back in -- and says he could likely be released. 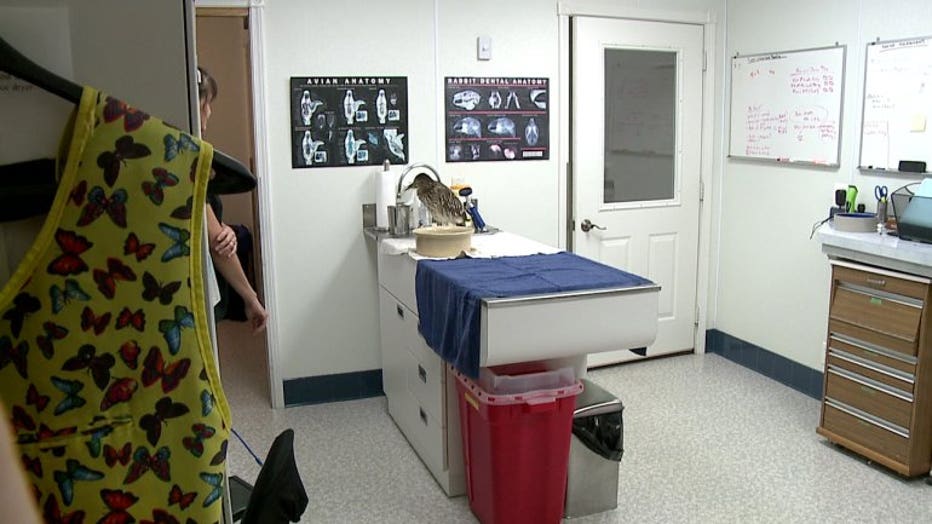