FOND DU LAC -- Officials with the Fond du Lac County Sheriff's Office are investigating at least five daytime burglaries involving unlocked homes and the theft of firearms and cash. They were seeking a suspect, believed to be in the Fond du Lac area, and in an update Tuesday evening, Dec. 11 said Matthew Britton was taken into custody.

Sheriff's officials said Matthew Britton is believed to be "a prime suspect" in several of these burglaries. They said Tuesday afternoon he has an active warrant for possession of drug paraphernalia -- and said he should be considered armed and dangerous. Again, he was arrested Tuesday evening. 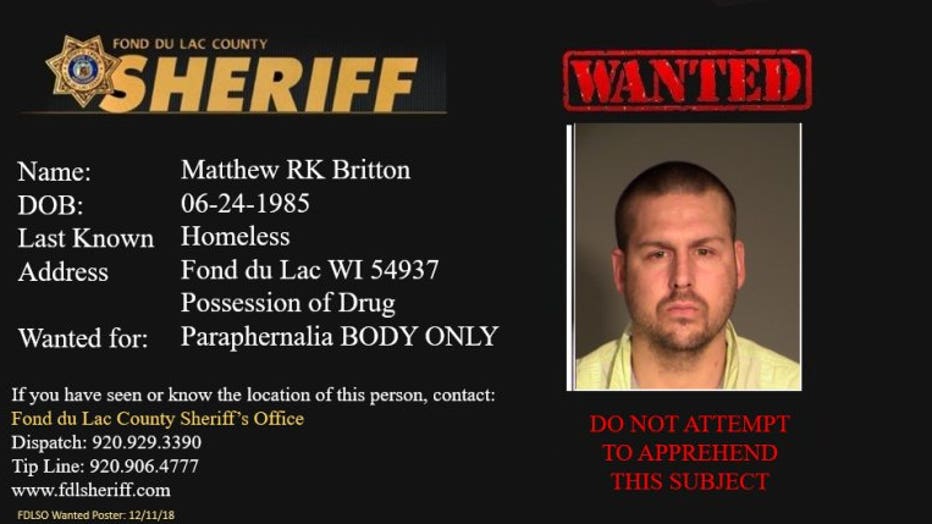 In a crime alert, sheriff's officials said two of the burglaries happened on Dec. 5 and Dec. 9, between 9 a.m. and 4:30 p.m., at homes in the Township of Eldorado and Friendship.

According to investigators, in each case, several firearms were taken.

The firearms were entered as stolen through the FBI's National Crime Information Center.

Sheriff's officials released a list of the stolen firearms:

The following firearms were stolen, but the property owners did not know the serial numbers: