PEARL HARBOR, Hawaii — About 20 survivors are expected to gather at Pearl Harbor on Friday to pay tribute to the thousands of men lost in the Japanese attack 77 years ago.

The youngest of the veterans are in their mid-90s. The Navy and National Park Service will jointly host the remembrance ceremony at a grassy site overlooking the water and the USS Arizona Memorial.

Attendees are expected to observe a moment of silence at 7:55 a.m., the time the attack began on Dec. 7, 1941. Hawaii Air National Guard F-22 jets are scheduled to fly overhead in "missing man formation" to break the silence.

This year, no survivor from the USS Arizona will be attending the ceremony as none of the men were able to make the trip to Hawaii.

The Arizona sank after two bombs hit the ship, triggering tremendous explosions. The Arizona lost 1,177 sailors and Marines, the greatest number of casualties from any ship. Most remain entombed in the sunken hull of the battleship at the bottom of the harbor. 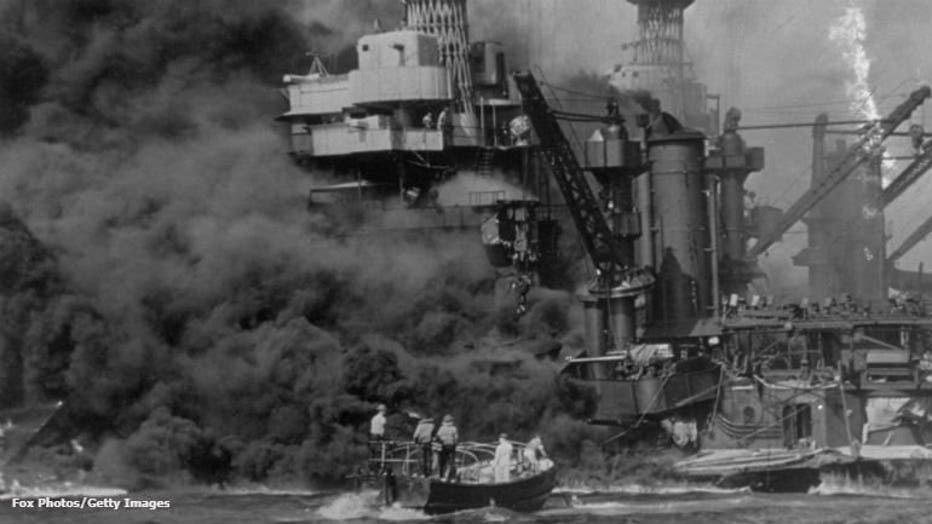 A small boat rescues sailors from the USS 'West Virginia' after she had suffered a hit in the Japanese attack on Pearl Harbor. The USS Tennessee (BB-43) is inboard of the sunken battleship. (Photo by Fox Photos/Getty Images)

Dozens of those killed have been recently identified and reburied in cemeteries across the country after the military launched a new effort to analyze bones and DNA of hundreds long classified as "unknowns."

This led to the 2015 exhumation of 388 sets of remains from the USS Oklahoma buried in a national cemetery in Honolulu. The Oklahoma had the second highest number of dead after the Arizona at 429, though only 35 were identified in the immediate years after the attack. 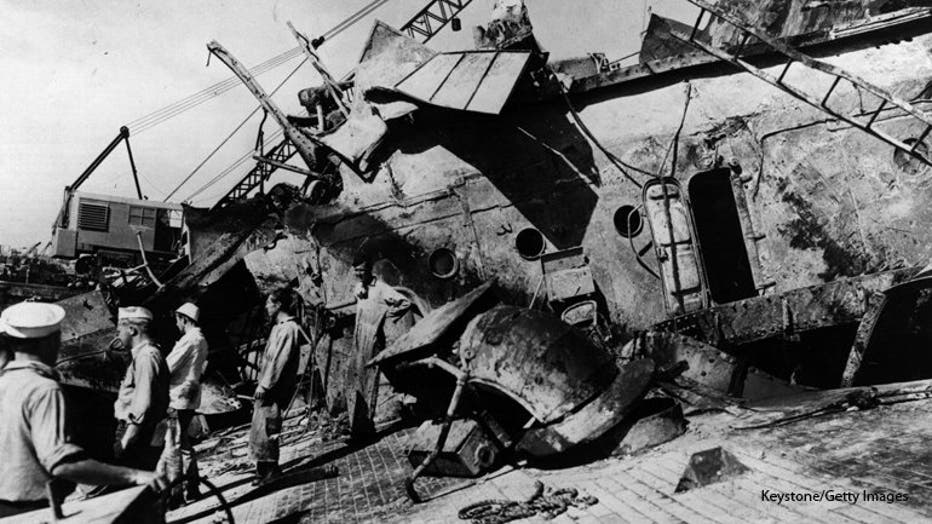 The horror of destruction at the US Naval Base of Pearl Harbour (Pearl Harbor) which was attacked without warning by the Japanese airforce on the 7th December 1941. The attack took place whilst the Japanese were holding peace talks in Washington. Mor

The Defense POW/MIA Accounting Agency has identified 168 sailors and Marines from the Oklahoma since the exhumations three years ago. It has said it expects to identify about 80 percent of the 388 by 2020.

Several families were scheduled to rebury their newly identified loved ones on Friday, including Navy Seaman 1st Class William Bruesewitz of Appleton, Wisconsin.

He's expected to be buried at Arlington National Cemetery near Washington, D.C. 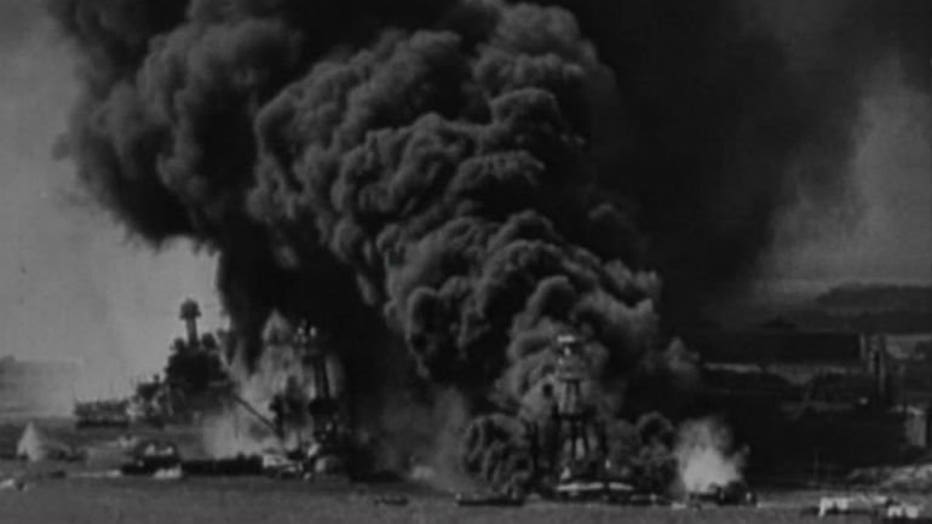