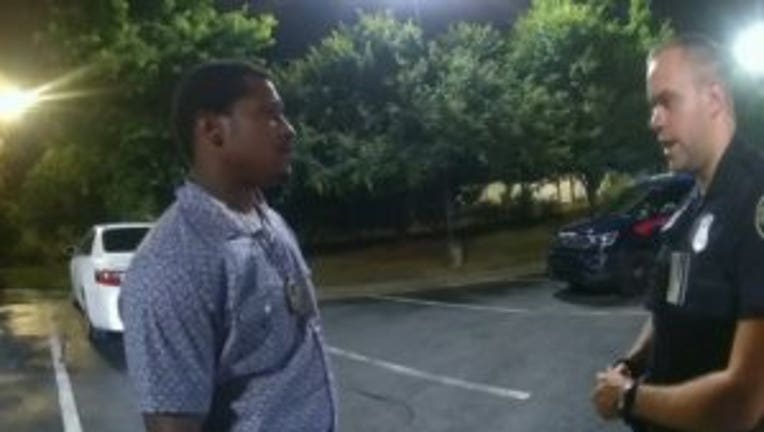 ATLANTA — One minute, Rayshard Brooks was chatting cooperatively with Atlanta police, saying he'd had a couple of drinks to celebrate his daughter's birthday and agreeing to a breath test. The next, they were wrestling on the ground and grappling over a Taser before Brooks took the weapon and ran.

The killing of the 27-year-old black man in an encounter with two white officers late Friday rekindled fiery protests in Atlanta and prompted the police chief's resignation. 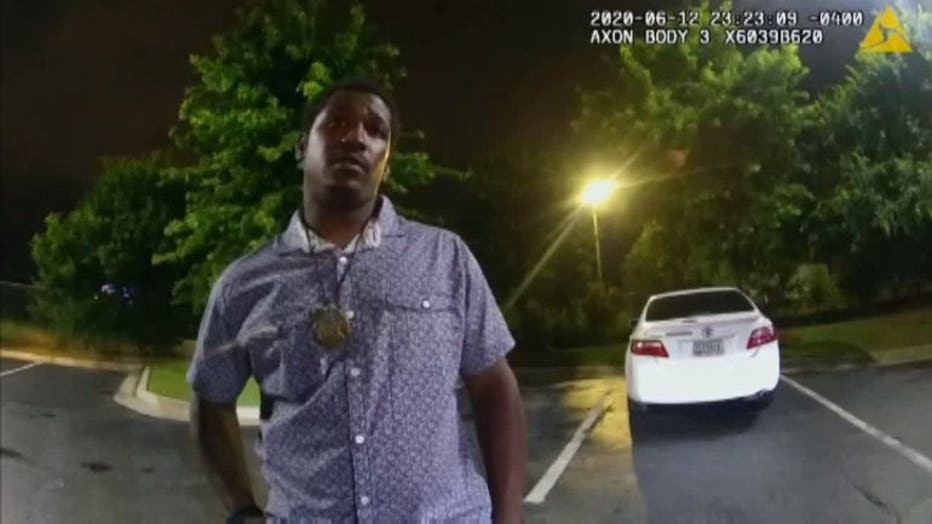 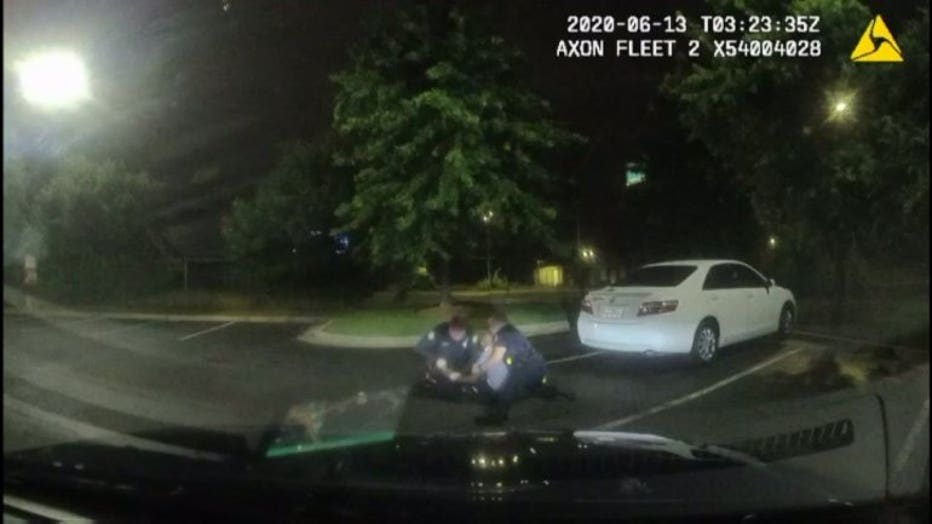 Police said Sunday the department terminated Officer Garrett Rolfe, who fired the fatal shots, and officer Devin Brosnan was placed on administrative duty. Rolfe had worked for the department since October 2013, and Brosnan since September 2018.

WARNING: The video below was released by the Atlanta Police Department. Some of the content may not be suitable for all viewers.

Meanwhile, authorities announced a $10,000 reward for information finding those responsible for setting fire to the Wendy's restaurant at the shooting scene. Flames gutted the restaurant late Saturday after demonstrations grew turbulent.

The two officers’ body cameras and the dash-mounted cameras in their patrol cars showed they spent more than 40 minutes peacefully questioning Brooks. The fighting erupted when they tried to handcuff Brooks.

Andy Harvey, chief of police of Ennis, Texas, who has written books and developed training on community policing, said such moments can turn “in just a split second."

“The moment you put your hands on someone is when someone will decide whether to comply or resist," Harvey said. "That’s what happened in Atlanta.”

The Georgia Bureau of Investigation is investigating and will present its findings to prosecutors, who will decide whether either officer will face criminal charges.

The officers were called late Friday over complaints of a car blocking the restaurant's drive-thru lane. Brosnan arrived first and found Brooks alone in the car, apparently asleep. Brooks agreed to move the car and showed his driver's license. Rolfe arrived minutes later to conduct a sobriety check.

“I know you’re just doing your job,” Brooks says on the video after consenting to a breath test. He mentions celebrating his daughter's birthday and says: ”I just had a few drinks, that's all."

Rolfe doesn't tell Brooks the results though his body camera recorded a digital readout of 0.108 — higher than the blood alcohol content of 0.08 grams considered too intoxicated to drive under Georgia law.

“All right, I think you’ve had too much to drink to be driving," Rolfe tells Brooks. “Put your hands behind your back.”

The video shows each officer take hold of one of Brooks' wrists as Rolfe tries to handcuff him. Brooks tries to run and the officers take him to the ground.

One of the dash cameras recorded the brawl. As Brooks fights to stand, Brosnan presses a Taser to his leg and threatens to stun him. Brooks grabs the Taser and pulls it away. He struggles to his feet, the Taser in his hand, and starts running.

Rolfe fires his Taser and a yelp can be heard above the weapon's electric crackle. Rolfe runs after Brooks, and seconds later three gunshots sound.

Both officers' body cameras were knocked to the ground in the struggle, and none of the four police cameras captured the shooting. Footage released from a Wendy's security camera showed Brooks turn and point an object in his hand at one of the officers steps behind him. The officer draws his gun and fires.

“As I pursued him, he turned and started firing the taser at me,” Rolfe told a supervisor after the shooting in a videotaped conversation. “...He definitely did shoot it at me at least once.”

GBI spokeswoman Nelly Miles said Sunday she could not confirm whether Brooks fired the Taser.

Brooks' death at the hands of police inflamed raw emotions in Atlanta and across the U.S. following the May 25 police custody killing of George Floyd in Minneapolis.

Some public officials questioned Sunday whether shooting of Brooks was as clearly an abuse as Floyd's death after a white Minneapolis police officer pressed a knee to his neck.

“The question is when the suspect turned to fire the Taser, what should the officer have done?” U.S. Sen. Tim Scott of South Carolina, said on CBS' “Face The Nation.” Scott, the Senate's only black Republican, said Brooks's death “is certainly a far less clear one than the ones that we saw with George Floyd and several other ones.”

Stacey Abrams, the former Democratic lawmaker who gained national prominence with her 2018 bid for Georgia governor, said “there's a legitimacy to this outrage” over Brooks' death.

L. Chris Stewart, an attorney for Brooks’ family, said the officer who shot him should be charged for “an unjustified use of deadly force, which equals murder.”

Stewart said that Brooks, a father of four, on Friday had celebrated the eighth birthday of one of his daughters.