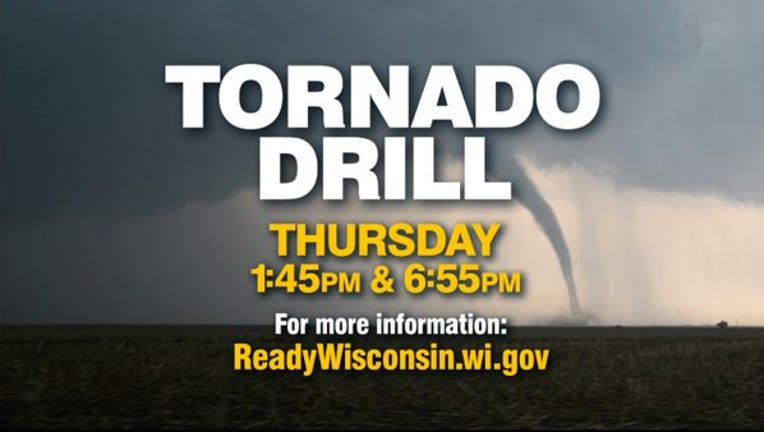 MADISON -- To give families a chance to test their emergency plans, a statewide tornado drill will be held during the evening of April 14th. The drill is part of the annual spring severe weather campaign to encourage people in Wisconsin to get ready for possible tornadoes and severe weather.

In addition, mock alerts will be issued on NOAA Weather Radios and many communities will sound their tornado sirens.

According to the NWS, Wisconsin averages 23 tornadoes annually. Last year, there were 17 tornado touchdowns in the state. All of the tornadoes were either an EF0 or EF1. On August 19, 2015, two tornadoes touched down near Lake Geneva and Big Bend causing damage to area business. No one was injured.

The statewide tornado drill is a great opportunity for schools, businesses and families to test their emergency plans about what to do and where to go when severe weather strikes. The tornado drill will take place even if the sky is cloudy, dark and or rainy.