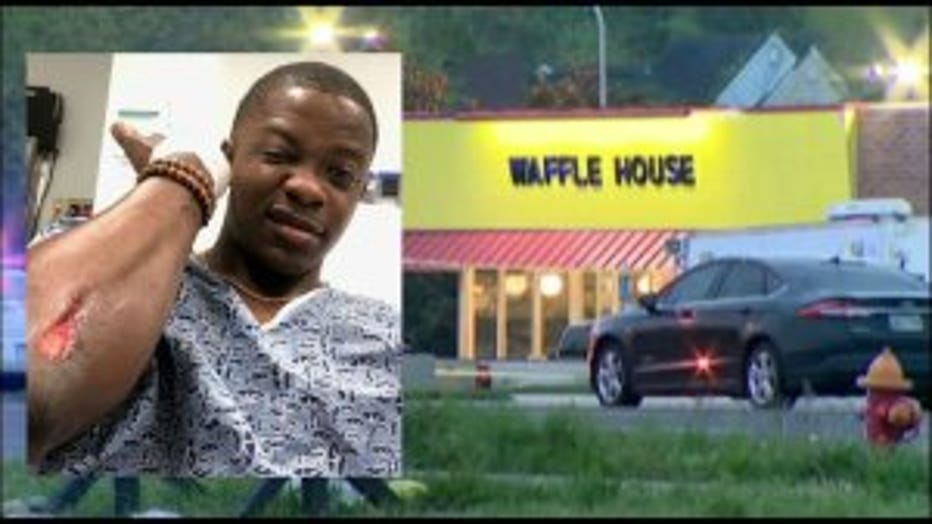 NASHVILLE, Tenn. — The man who snatched an AR-15 rifle away from a gunman at a Tennessee restaurant told Tennessee lawmakers Tuesday he faced "the true test of a man," drawing a standing ovation during his brief address.

As the House hailed him as a hero with a resolution, James Shaw Jr. said he acted early Sunday at a Nashville Waffle House to save his own life, and saved others in the process.

"I never thought I'd be in a room with all the eyes on me, but you know, I'm very grateful to be here," Shaw told House members.

The 29-year-old said he has since gone to see some of the shooting victims in the hospital and they all remembered him. He apologized to the people whose loved ones died in the attack.

Meanwhile Tuesday, a Nashville judge revoked the bond of the shooting suspect.

Court records show that a judge struck the $2 million bond for Travis Reinking until a hearing can be held Wednesday. The records did not give a reason why General Sessions Judge Michael Mondelli revoked the bond.

An attorney listed as Reinking's lawyer did not immediately respond to an email seeking comment.

Reinking, 29, has been charged with four counts of criminal homicide. Police say he opened fire outside the restaurant with an AR-15 rifle and then stormed the restaurant, wearing only a green jacket. Four other people were injured in the shooting. 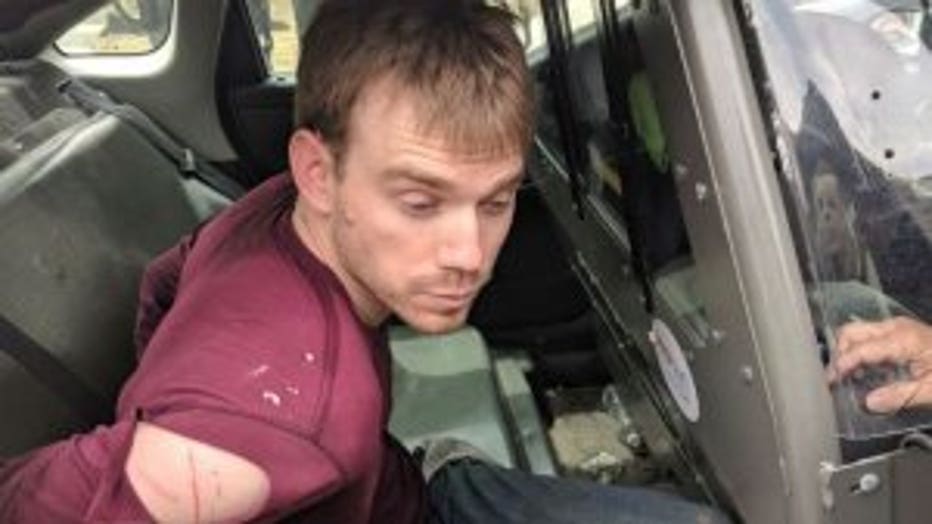 Reinking escaped on foot from the restaurant and shed his only item of clothing. By the time he was captured in the woods nearby, police had searched his apartment, and found the key fob to a stolen BMW they had recovered in the parking lot days earlier. The BMW theft had not initially been tied to Reinking.

Nashville Police Department Lt. Carlos Lara told reporters that a detective was tipped to the suspect's presence by some construction workers, and confronted Reinking, who lay down on the ground to be handcuffed. He carried a black backpack with a silver semi-automatic weapon and .45-caliber ammunition.

The arrest ended a 24-hour manhunt involving more than 160 law enforcement officers, but it left troubling unanswered questions about official responses to months of bizarre behavior before the restaurant attack, including encounters with police in Illinois and Colorado and an arrest at the White House that raised red flags.

Last July, Reinking was arrested by the U.S. Secret Service after he entered a restricted area near the White House and refused to leave, saying he wanted to meet President Donald Trump.

The suspect told Washington, D.C., police he was a sovereign citizen and had a right to inspect the grounds, according to an incident report.

Reinking was not armed, but at the FBI's request, Illinois police revoked his state firearms card. Four guns, including the AR-15 used in the shootings, were transferred to his father, a procedure allowed under Illinois law.

Tazewell County Sheriff Robert Huston said Jeffrey Reinking pledged he would "keep the weapons secure and out of the possession of Travis." Don Aaron, a Nashville Police spokesman, said Reinking's father "has now acknowledged giving them back" to his son.

Phone calls to a number listed for the father went unanswered.