A Lake Mills man now charged for allegedly speeding down I-43 the wrong way. The criminal complaint says he passed more than a dozen cars. FOX6s Kim Murphy has the details

MILWAUKEE COUNTY -- 23-year-old Daniel Kristapovich of Lake Mills has been criminally charged -- accused of driving the wrong way on I-43 at speeds in excess of 120 miles-per-hour. It happened early Monday morning, October 30th. 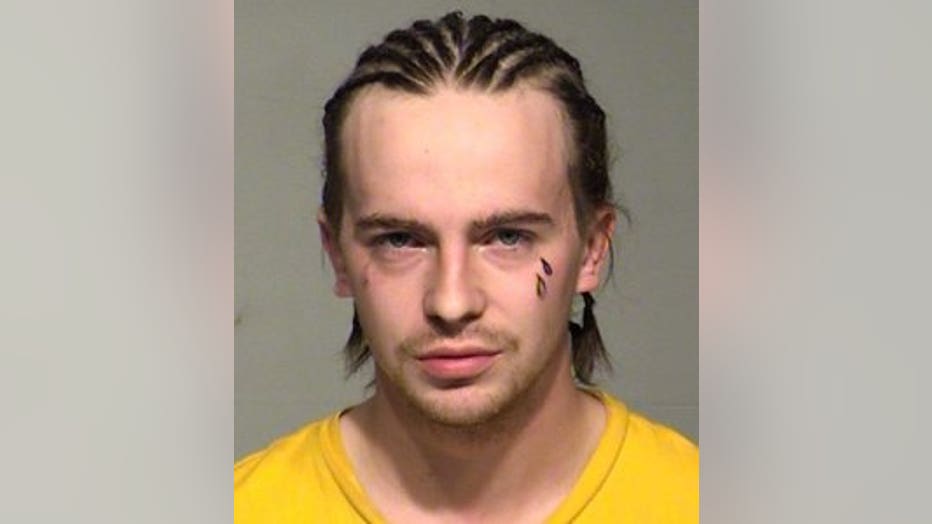 According to the criminal complaint, around 2:45 a.m. on October 30th, a deputy observed headlights coming towards him while traveling southbound on I-43 near Silver Spring. The deputy activated his emergency lights, however, Kristapovich passed the squad at a high rate of speed.

According to the criminal complaint, Kristapovich enter I-43 traveling the wrong way at Locust Avenue. He traveled 12.4 miles the wrong way at speeds in excess of 120 miles-per-hour before being stopped by the deputy.

The complaint indicates Kristapovich passed at least 15 vehicles that were traveling the correct way while in Milwaukee County -- and at least six more vehicles when he entered Ozaukee County.

At that point, the deputy was able to parallel Kristapovich -- who continued to travel northbound in the southbound lanes.

The deputy then sped ahead and conducted a U-turn -- and quickly cut off the wrong-way vehicle, stopping it. At that time, the deputy ordered Kristapovich to turn the vehicle off, however, he was slow to respond, so the deputy removed the keys himself.

During this encounter, the deputy observed lethargic movements, red glassy eyes, slurred speech and a strong odor of alcohol emitting from Kristaphovich's breath.  Kristapovich denied he had been drinking.

A search of Kristapovich's vehicle revealed a marijuana pipe and a glass jar containing a green leafy substance that later tested positive for the presence of THC with a total weight of 24 grams.