SOUTH MILWAUKEE -- A South Milwaukee man and three of his sons are accused of multiple crimes against children. The accused and the charges they each face are listed below: 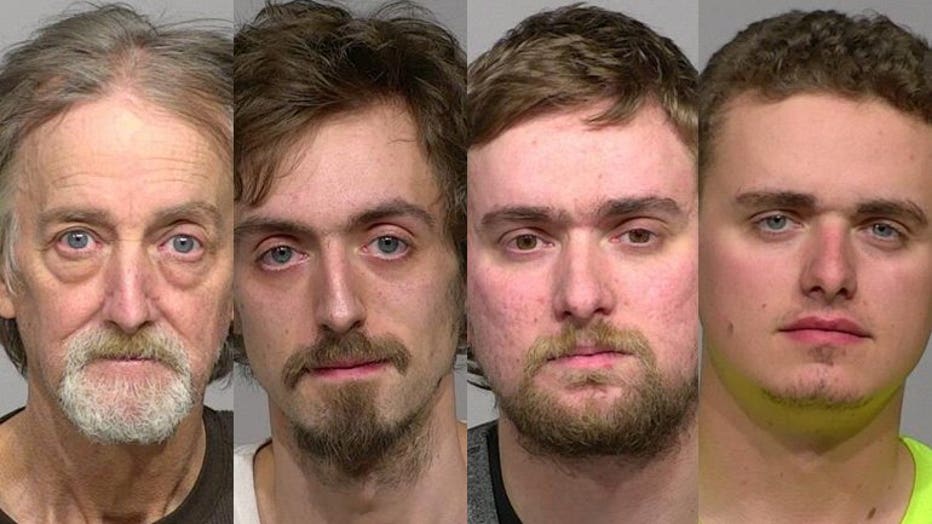 According to the criminal complaint, a South Milwaukee police officer was sent to check a suspicious vehicle complaint on April 8. When the officer arrived on the scene, he spoke with a 19-year-old woman who stated the home was "unsafe." The officer took brief statements from the children living in the home. They indicated their "house was very dirty, they were not going to school, there were holes in the walls and floors and they used space heaters because there was no heat." Because of this preliminary information, the officer determined "everyone should go to the police station to give statements."

The complaint indicates on the next day, April 9, an officer accompanied the children back to the home to collect belongings. The officer "observed that there were nails sticking up in the kitchen floor to the point that he actually tripped on one of these nails." The officer also also noted there were "no heat vents upstairs, no insulation and one space heater" in the house.

Investigators later questioned Brian Keene, the owner of the house, at the South Milwaukee Police Station. He stated "he stopped making all of his children do school work about 5 years ago after his wife left." He apparently said the children "had a computer, but he never checked if they did work, nor did he make them do any work." The complaint says Keene said he "had not taken the children to the doctor in about 10 years because none of them were ever sick." He also "admitted that he knew of allegations" against his older boys. Keene says he "thought something was likely going on when the boys were teenagers, because of their 'raging hormones.'" Keene then asked if his sons were going to jail, because he relied on their income to stay afloat.

When questioned individually by police and sensitive crimes experts, each of children in this case described instances in which they were touched inappropriately on multiple occasions.

When investigators questioned Elijah Keene on April 8, he "denied any wrongdoing," the complaint says. But when he was told he was being moved to the Milwaukee County Jail, Elijah Keene "asked if it was too late to make a confession." Elijah Keene described instances in which he had inappropriate contact with the children in the house. He stated he "tried to stop," but that he was "addicted."