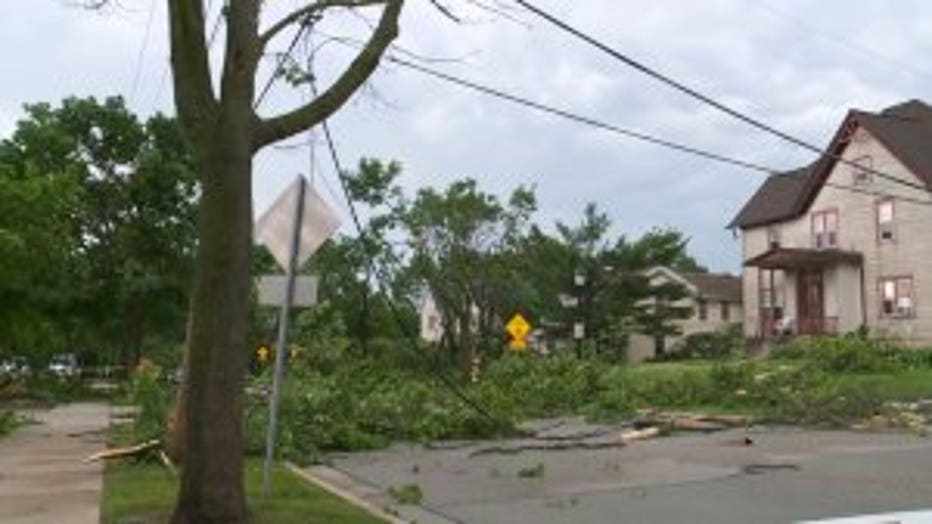 WAUKESHA -- Waukesha was cleaning up 24 hours after strong winds and rain pummeled Carroll University and the surrounding neighborhood Thursday afternoon, June 27. The storm took down dozens of trees, knocked the power out, and property was left damaged.

"The wind went from a nice cool breeze into a just straight wall of force," said David Vincent, lives near Carroll University.

It only took a few seconds for the storm to turn the area upside down. 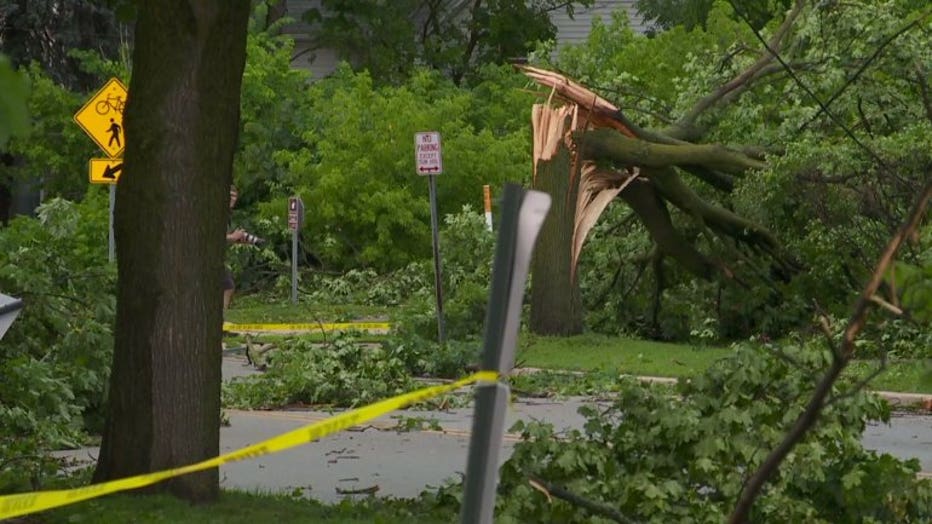 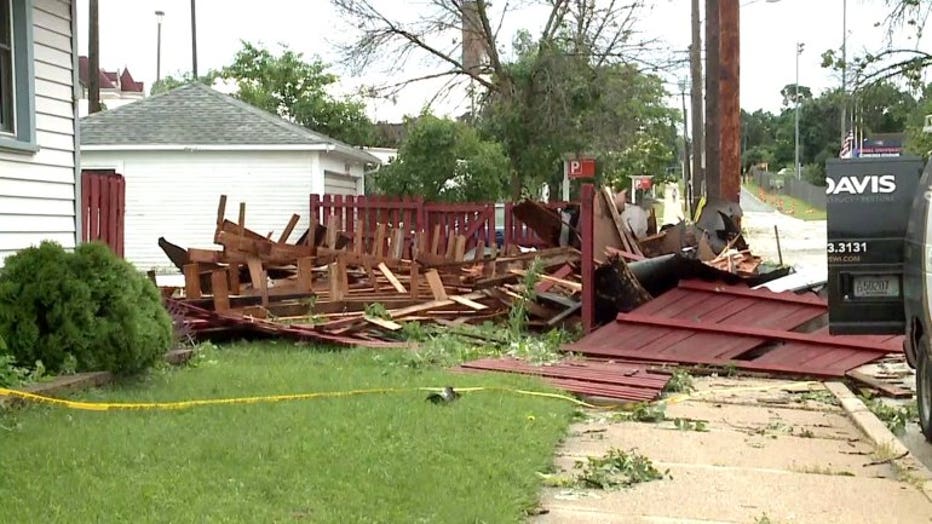 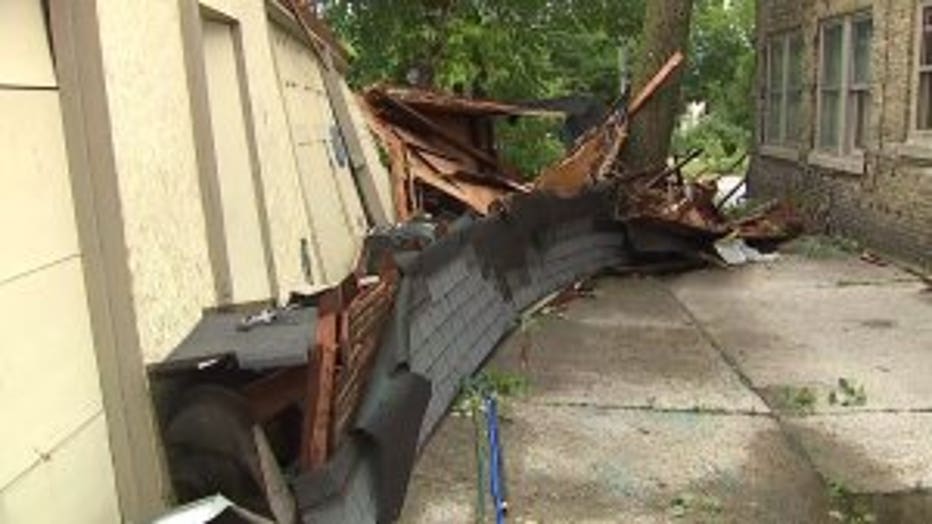 David Vincent was inside his home when he thought a train along the tracks nearby had derailed.

"It put a hole in the neighbor's bathroom. It tore the roof off my garage," Vincent said.

Vincent's roof isn't the only one missing. A major chunk of Carroll University's Educational Hall came crashing down, narrowly missing a nearby home. 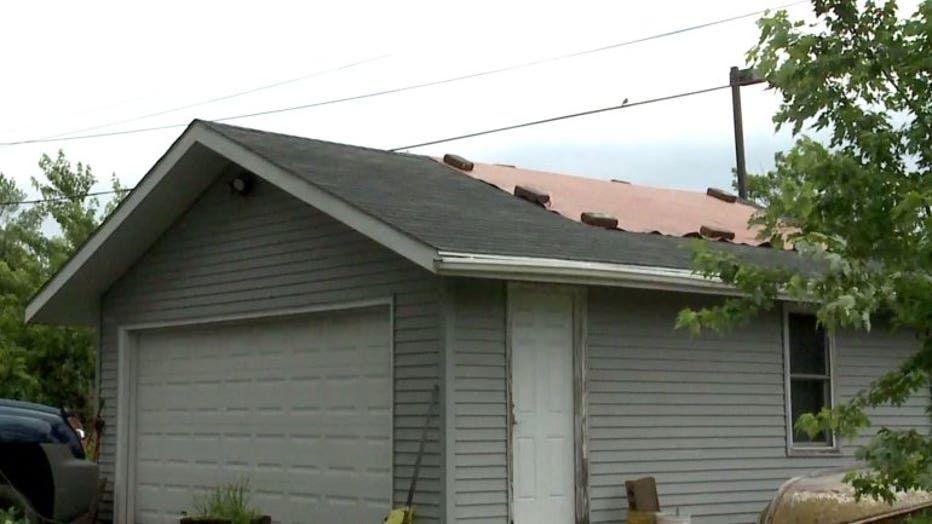 Nolan Heck was on campus around 5 p.m., just as the chaos began to set in.

"Trees were falling down in front of me so I was worried that one may go through my windshield. So it was really scary driving home for sure," said Heck. 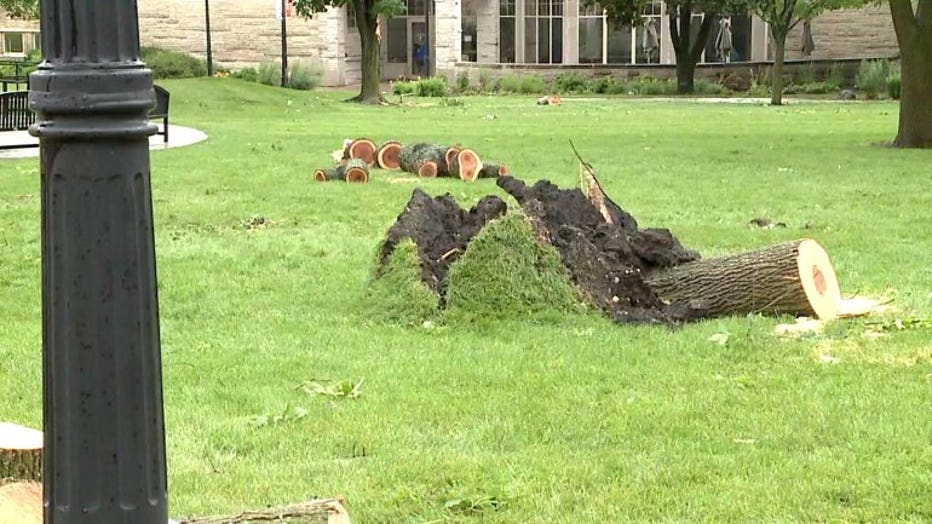 The soon-to-be senior student says fortunately he was among few people in the area since school is already out for summer break.

"It would have been a dangerous time if students were in session," said Heck.

Luck was also on Marge Hoppe's side, though it may not look like it from her totaled concrete garage. 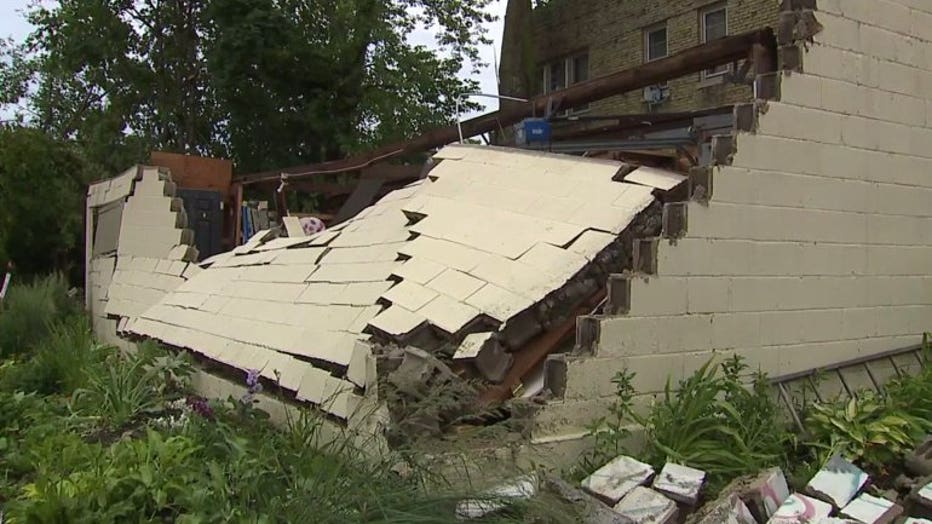 "All these heavy bricks from the garage. To just pick them up and toss them all over. It's just unreal," Hoppe said.

Only one of her eight tenants was upstairs when a tree in the backyard snapped in half.

"He had just left the living room and went to another room when he heard this loud crash. It was the whole ceiling from the roof up there caved in," said Hoppe.

Hoppe also runs a bookstore and antique shop out of the building. She says due to water damage from the hole in the ceiling, her business will be closed for two to three months.

Despite the destruction around town, everyone is commending the city and community members for helping each other clean up. 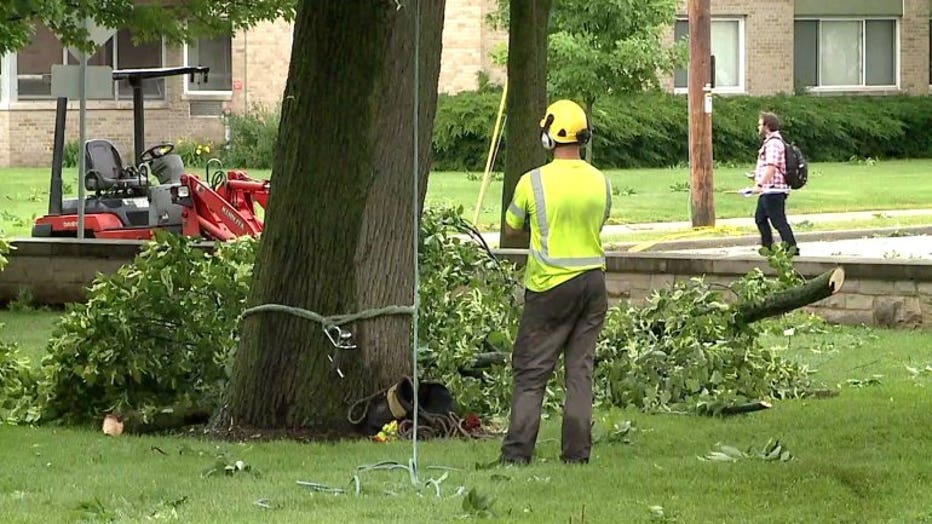