Solar energy demand is up, so are complaints: Contact 6

Demand for solar energy is up in Wisconsin. So is the number of companies offering installation services.

MILWAUKEE - Demand for solar energy is up in Wisconsin. So is the number of companies offering installation services.

It’s a costly investment but one that’s supposed to pay for itself over time. One man met with Contact 6 about one year after signing his installation contract. His panels were installed but hadn’t produced one kilowatt of solar power.

Brandon Lueer in Caledonia told Contact 6 that his story is one of delays, disappointment and lip-service. He has thirty new solar panels but calls them a "$40,000 roof ornament." 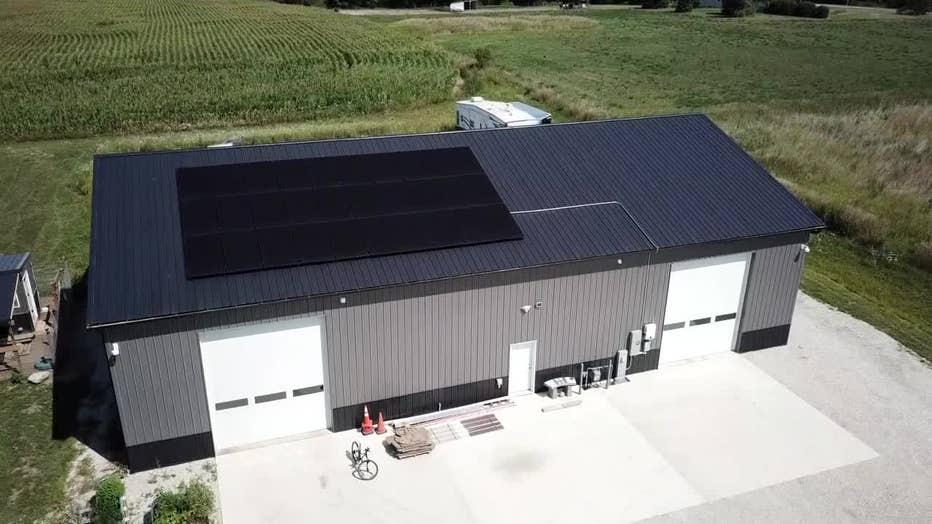 Lueer signed his installation contract in August 2021. He says his project was delayed by COVID-19, but installers finally came out in March. He thought he was weeks away from generating solar power, but says it was just the beginning.

"They sent out an electrician out to do the job, he came out with all the wrong products to install," said Lueer.

Lueer said the installation work was finished by August 2022. But, he hasn’t been able to flip the switch on yet.

"We Energies is saying that it’s not up to code, to their standards," said Lueer. 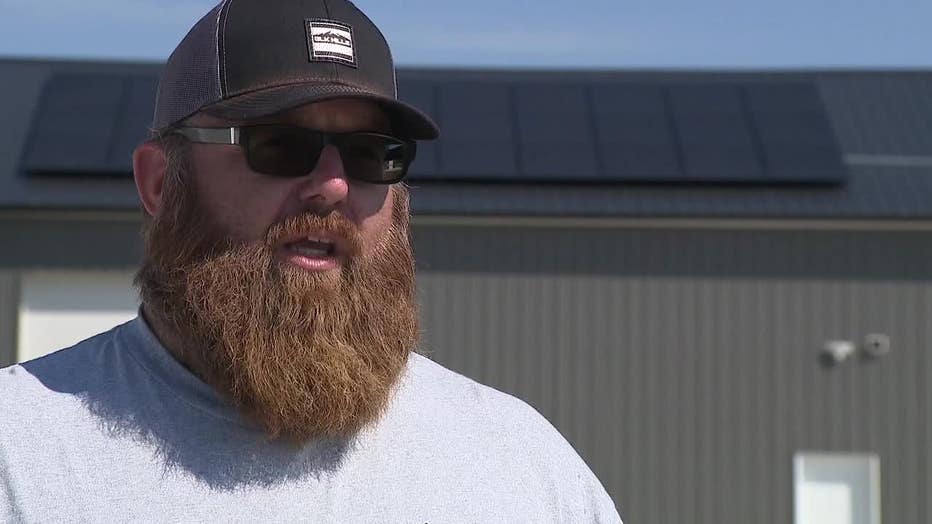 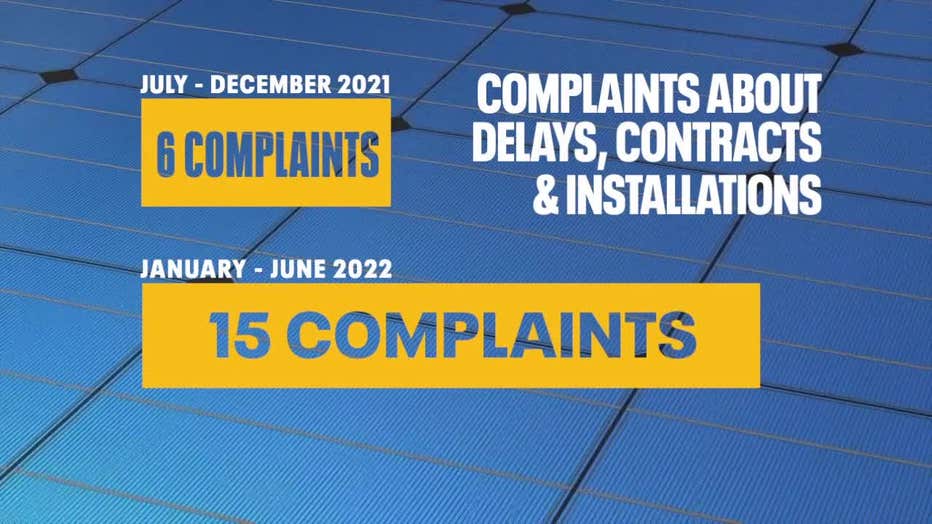 "Moving in that direction [of going solar] is obviously a good thing. But, with that comes new folks into the industry. Some don’t know what they’re doing as well as others," said Lara Sutherlin, administrator of the Division of Trade and Consumer Protection. "You’re going to run into folks that are not familiar with the law. Are not familiar with what’s required."

Contact 6 has received two complaints this year about Brandon’s installer, Freedom Forever, based in California. The company’s spokesperson did not provide comment for this report. 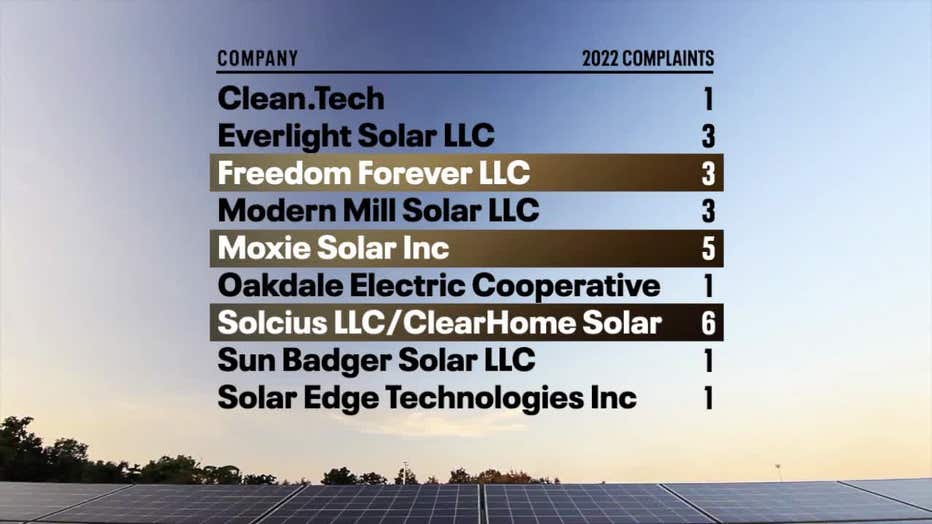 So far in 2022, DATCP has consumer complaints about nine solar companies. Freedom Forever has three complaints in 2022 in Wisconsin. Two other installers have more complaints. 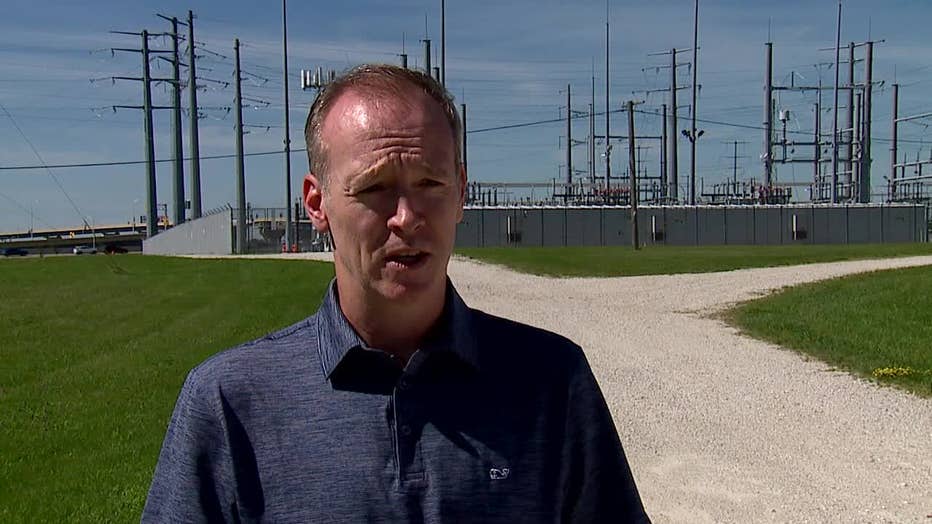 Conway says that We Energies approves most applications for solar inter-connection. He says denials are based in state regulations and whether the equipment can safely connect to its power grid.

"From my understanding, the equipment was not regulation. It wasn’t even industry standard," said Conway.

We Energies has information online for consumers looking into going solar.

Lueer says he’s "in the middle of two companies that keep blaming each other." Freedom Forever has been reimbursing Lueer for his monthly loan payments. After Contact 6 exchanged emails with the company, We Energies said it got updated plans for Brandon’s project that meet regulations. Conway said the project is moving forward.

Lueer says Freedom Forever planned to finish his job this week, but a piece of equipment was missing when the team arrived, so they’ll return in two weeks.

The non-profit Renew Wisconsin advises that consumers get three bids and customer referrals before hiring a contractor. Here is a list of recommended solar installers.