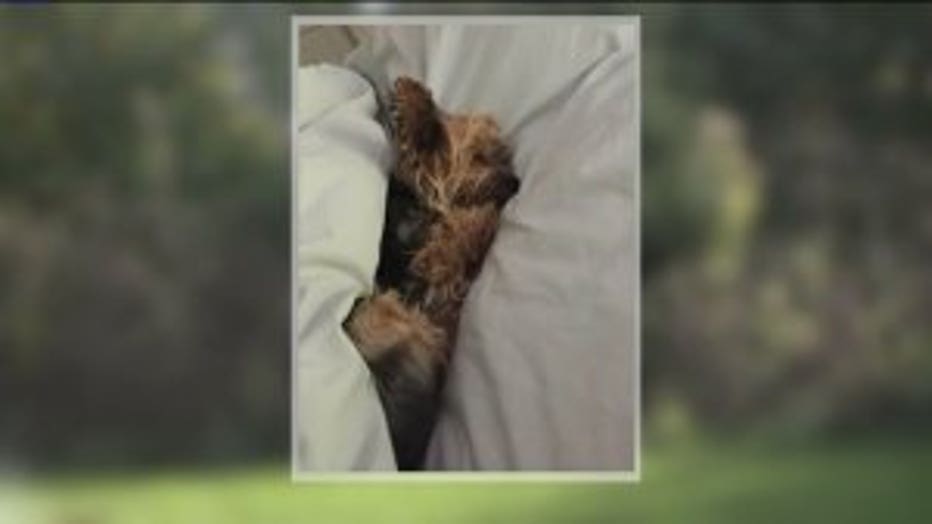 SophieRIVER HILLS -- A coyote attack left a Yorkshire Terrier with some major injuries in River Hills. It happened Thursday morning, October 26th. An expert at the Wisconsin Humane Society said coyotes can attack year-round, but it seems as if there are more attacks on small dogs as the weather gets colder -- when other prey starts to bed down and hibernate. "I heard this yelping -- like the dog was in trouble," said Kevin Sucher. 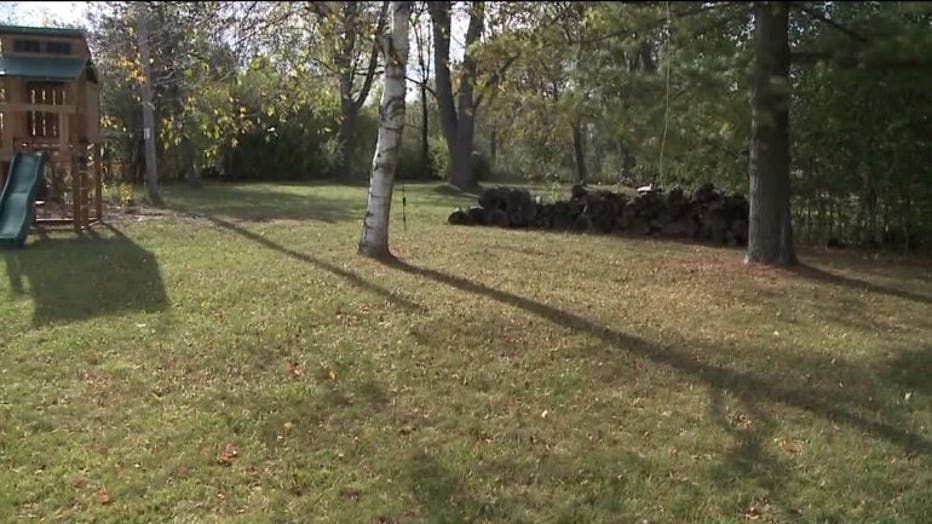 At just five pounds, Sophie -- a Yorkshire Terrier -- was indeed in trouble. 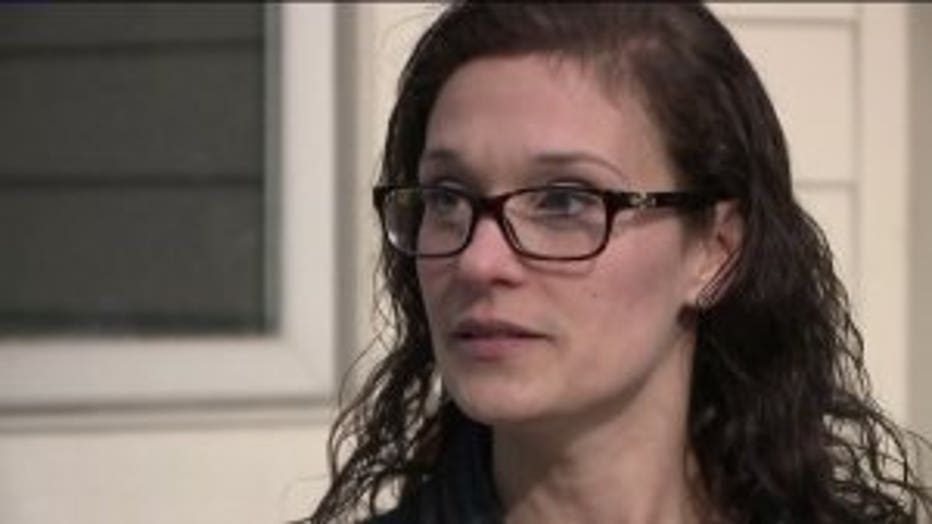 Erin Sucher"It snatched her by the neck and ran and I was stunned. I was sitting there thinking 'oh my gosh. Oh my gosh. It's a coyote,'" said Erin Sucher. Sucher ran out and made noise to scare the wild animal. The coyote ran toward a wooded area with Sophie in its grip. The leash the Yorkie was tied to may have stopped the coyote, as did the noise from the dog's owner. "It dropped her," said Sucher. 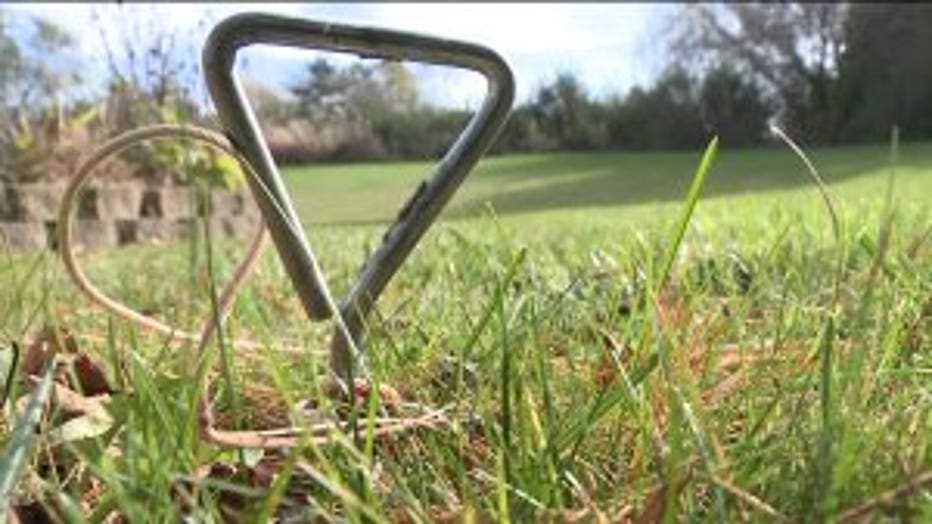 The Yorkie's had serious injuries to her neck. Sucher rushed her to the animal emergency room. "They said that she's incredibly lucky," said Sucher. Emergency surgery was needed to save the family pet that has been a happy companion for the family's young child. 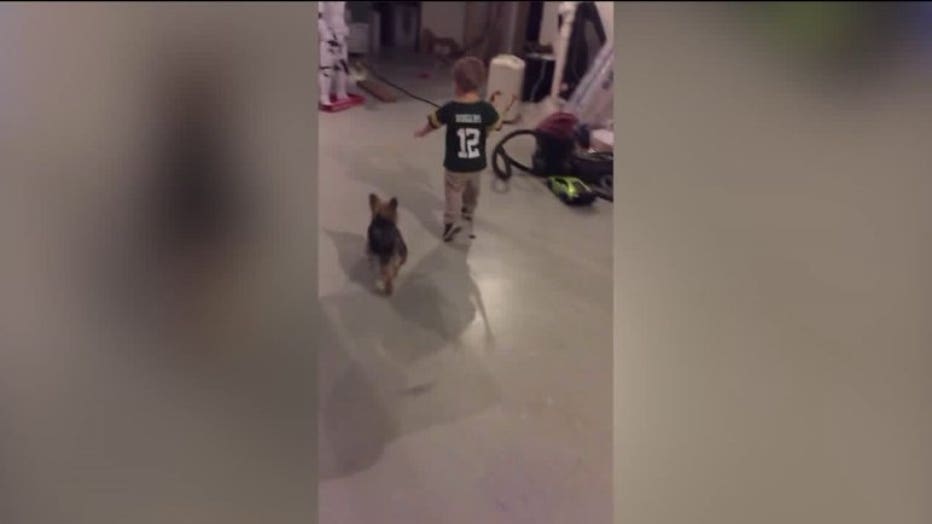 "I think for me, we learned we have to be a lot more on top of being outside with her when she's outside and especially in the dark," said Kevin Sucher. That was echoed by those at the Wildlife Rehabilitation Center at the Wisconsin Humane Society. "Keep the dog close to you whenever you're walking. We're a predator to the coyote and that should be enough to scare away the coyote," said Chris Staupe, Wisconsin Humane Society. Staupe said coyotes are part of our environment and pet owners need to be aware. 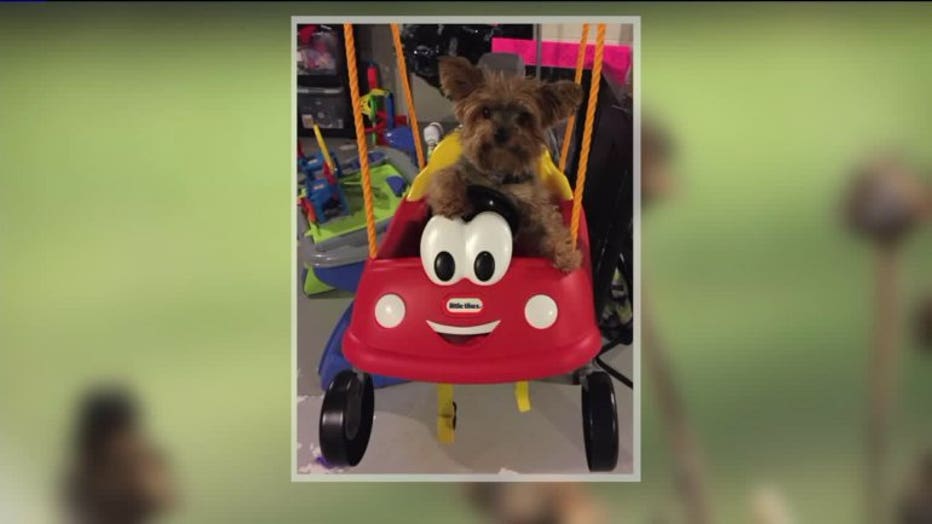 Sophie"If you are going to have the dog outside, always be out there with it," said Staupe. As for Sophie, at this time, it seems she'll recover to be an important part of her family once again.