Slowly losing his hearing, he thought he`d lose his job as a doctor; how he risked it all to get it back

Slowly losing his hearing, he thought he`d lose his job as a doctor; how he risked it all to get it back

MILWAUKEE -- Imagine slowly losing your hearing. It happened to Dr. Randy Vosters -- a family physician with Quad/Graphics, and it could have cost him his job. He had to take a big risk in order to improve his hearing -- and he's sharing his experience in the hopes of helping others improve their lives. 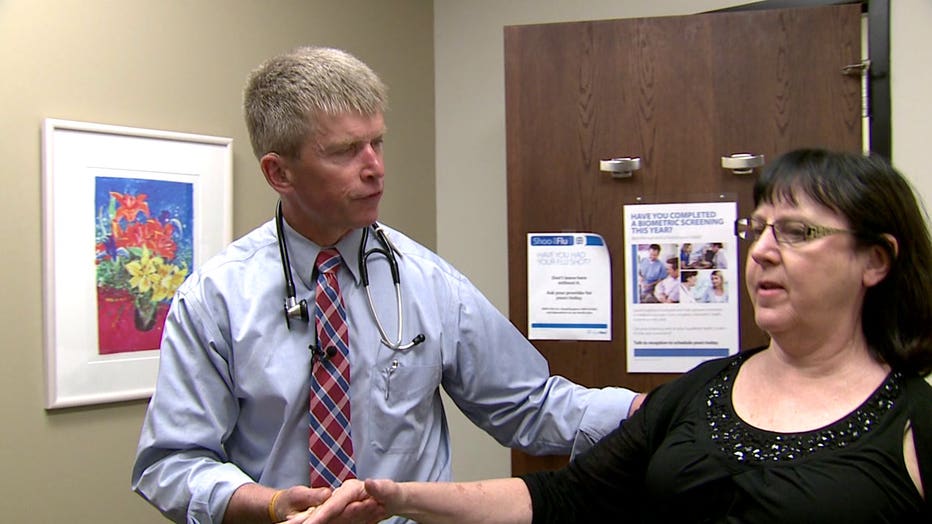 Vosters says being a family doctor is more than just a career. It's his passion.

"Being a part of somebody`s life and being able to make a positive impact on their life on a regular basis, it`s just such a blessing to be able to do that," Vosters said.

Vosters had known since he was in his 20s that there was something wrong with his hearing. It was a result of genetics.

"I was finding myself saying more to my patients 'what did you say?'" Vosters said. "As your hearing starts to deteriorate and you can hear less and less at work or less and less at home, sooner or later you have to make that big jump to get hearing aids.That happened when I was about 40."

"When you come in to see your doctor, you expect them to pay attention to what you're saying and be able to understand what you`re saying and make decisions together," Vosters said. 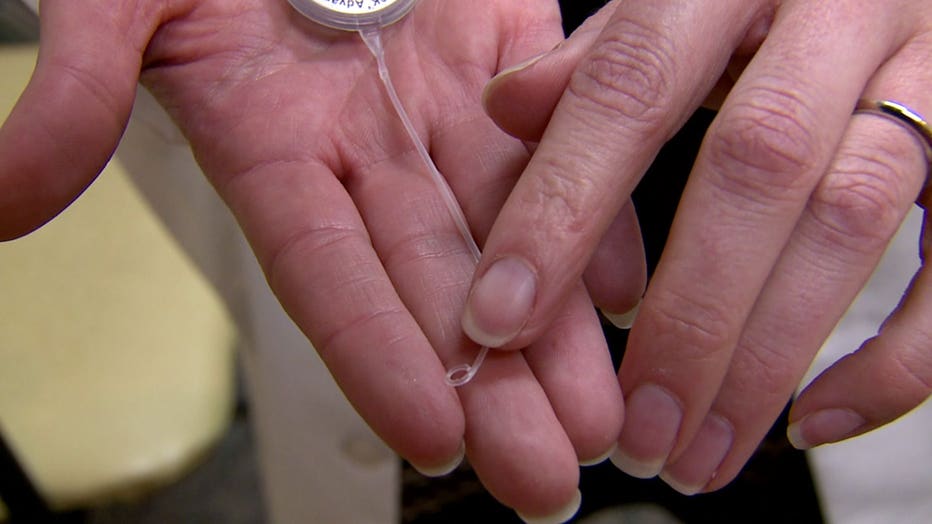 A few months ago, Vosters visited his own doctor at Froedtert & the Medical College of Wisconsin to discuss cochlear implants. His decision wouldn't be easy.

"The complication of the surgery is that you lose any residual hearing you have, so that`s been -- that was always the rub. It`s a letting go of what you have even though it`s minimal -- completely saying 'I'm going to roll the dice,' and saying 'I'm going to lose what I have with the hopes that I`ll gain much more hearing in the long run,'" Vosters said. 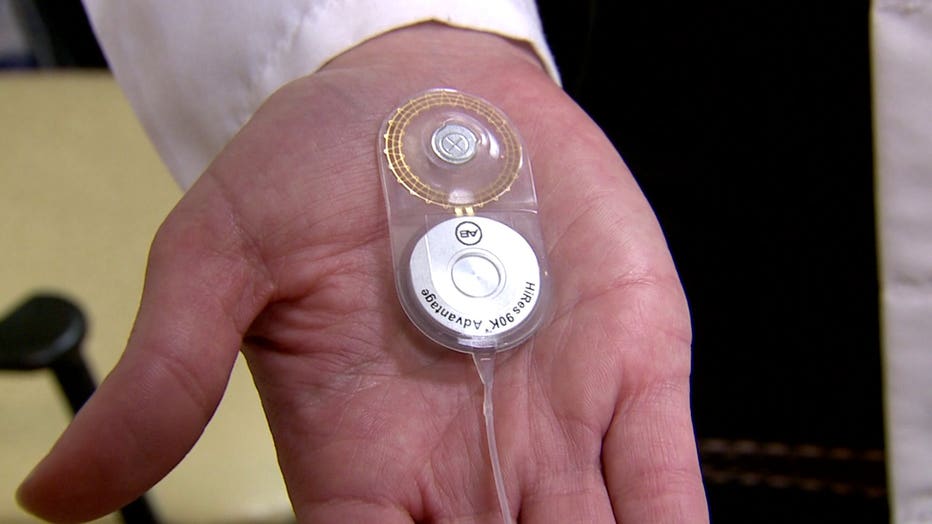 "At Froedtert & the Medical College of Wisconsin, our surgeons do a special kind of surgery called soft surgery -- so they use these techniques designed to preserve the inner ear and preserve the residual hearing or the natural hearing that people have, so it's not the same concern that we used to have when people would almost guarantee lose their hearing," Christina Runge, cochlear implant specialist at Froedtert & the Medical College of Wisconsin said.

"The first two weeks after surgery, the implant is not activated -- so it's like 'wow okay this is really deafness. This is what deafness is,'" Vosters said.

Vosters went from hearing nothing to hearing A LOT. Everything sounded like the clattering of a chandelier -- everything from a book closing, to the ringing of a cell phone, but soon things got better.

"Suddenly out of that noise you start getting recognition, you start hearing things," Vosters said. 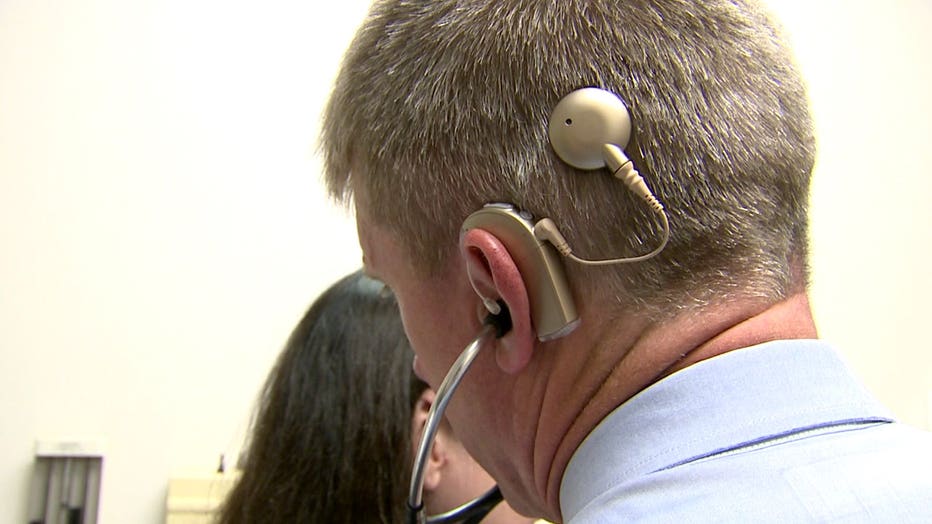 "We`re able to provide him with the high pitched information and then he combines that with his natural low pitched hearing. With the combination of those he gets the full frequency spectrum of sound," Runge said.

For Vosters, that meant hearing things he hadn't heard in more than 30 years!

"You knew it was a song, but it just didn`t sound the same as you remembered and now going back to that experience -- oh there's those high pitches, there's the cymbals, there's the flutes," Vosters said. 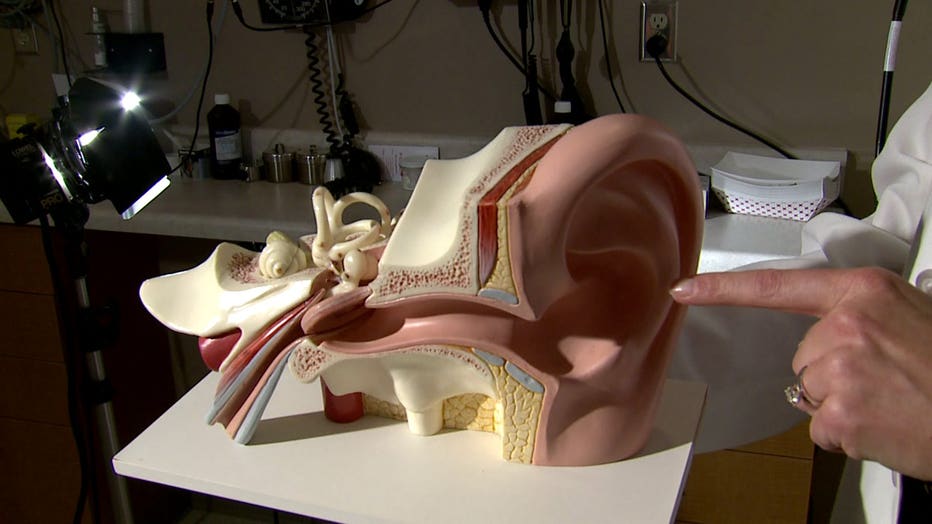 He was once again able to experience things he had at one point thought were gone forever.

"I was at a party at work and I thought 'man, I really had a good time at that party. What did we do different at that party?' And then I thought 'I was able to have a conversation with people that I...' -- it was just a great experience. So that dimension in my life has come back and that was just really a cool thing to be able to participate in a party and to hear other people without being drowned out with background noise. It was special," Vosters said. 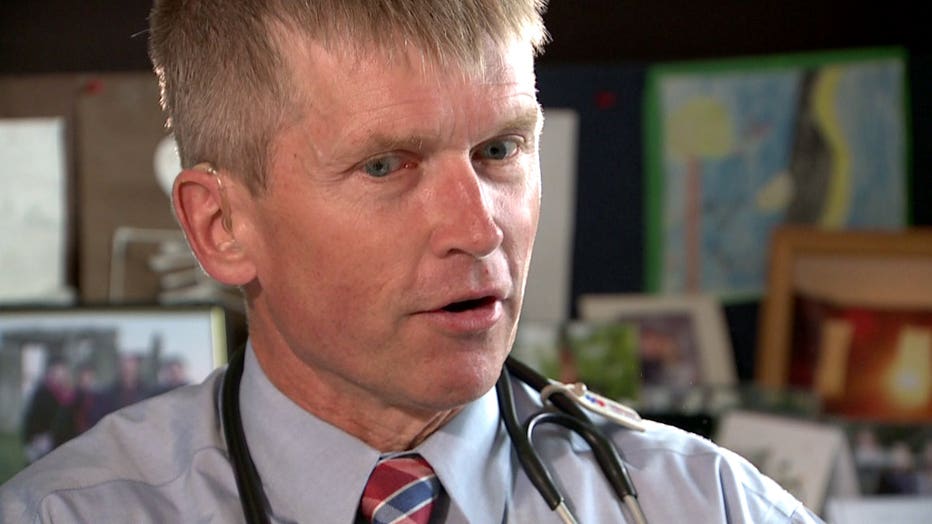 Vosters' appreciation for those simple blessings has grown, and his fear of losing what he loves -- being a doctor and helping people has faded away.

"My message to people who are out there struggling with their hearing -- don`t put it off. See a professional right away. There`s no advantage to waiting, that I can tell you with 100% confidence," Vosters said.

Vosters got his cochlear implants about three months ago.

Froedtert & the Medical College of Wisconsin is the only facility in the state of Wisconsin that offers all three FDA approved hearing devices.

Doctors say along with restoring hearing, a big part of their job is educating people on the importance of protecting their hearing -- for example, wearing ear plugs when you mow the grass, vacuum or attend concerts.

CLICK HERE to learn more about cochlear implants and how they work, and services offered at Froedtert & the Medical College of Wisconsin.