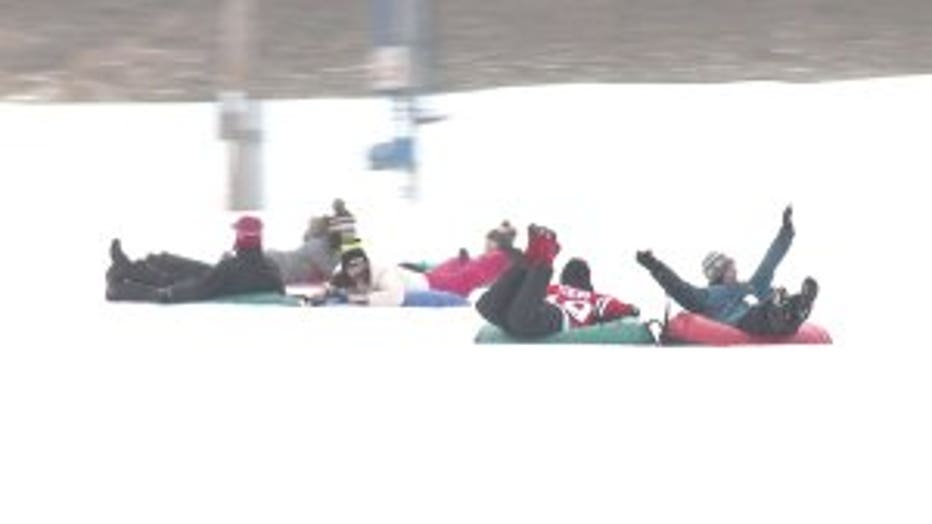 WASHINGTON COUNTY -- Messy weather could not have come on a worse day for people looking to venture out and celebrate. The wintry mix Monday, Dec. 31 had an impact on New Year's Eve plans all around southeast Wisconsin.

What better way to head into the new year than literally head first.

"I've never ever done this. It was scary, but it was so much fun. It's worth it," said Jennifer Figliulo, a visitor from Seattle. 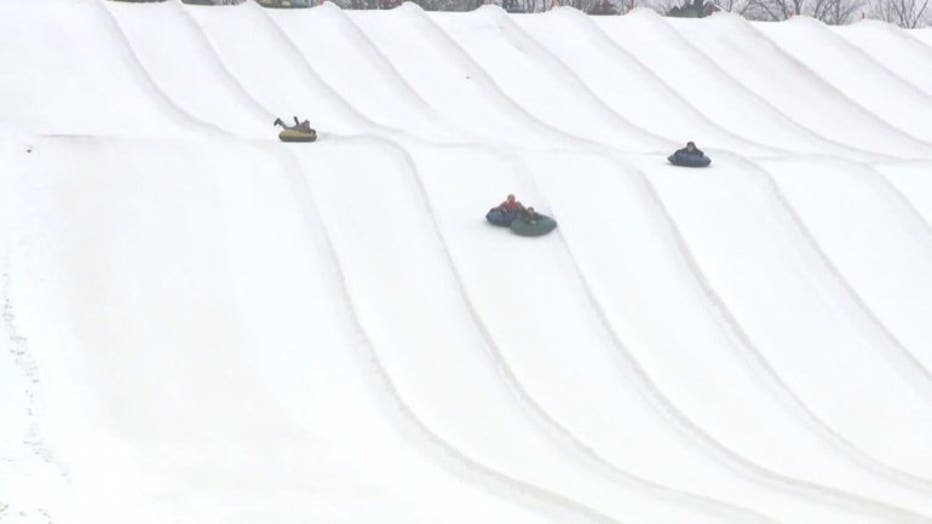 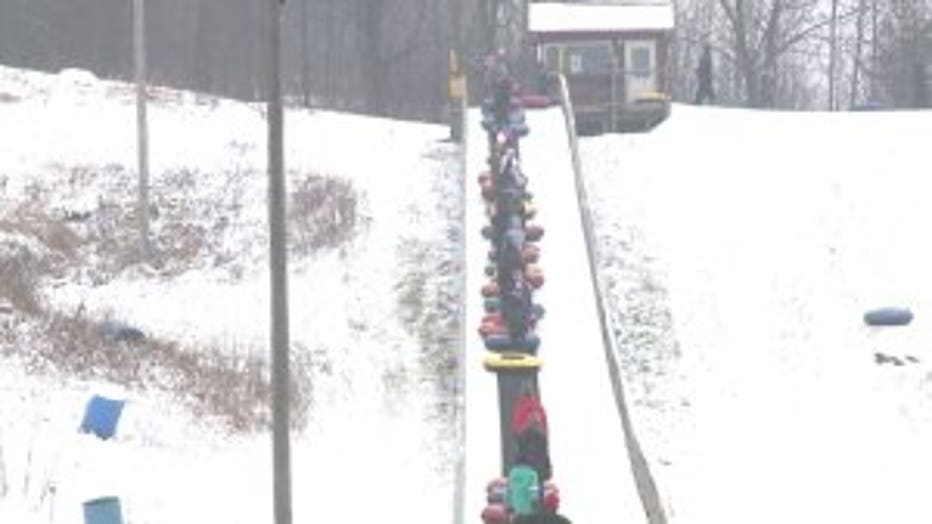 "First, it feels kind of nice and then it gets bumping and then you go really fast down and it sort of tickles," said Mona Diesfeld, visiting from Chicago.

Despite the dreary weather, 1,600 people were expected to ride down the 25-lane tubing hill on Monday.

"We just wanted a change of pace for the winter -- so we decided to come to Wisconsin," said Justin Radcliffe, a visitor from College Station, Texas.

A few rain drops could not deter the Radcliffe or the big crowds. 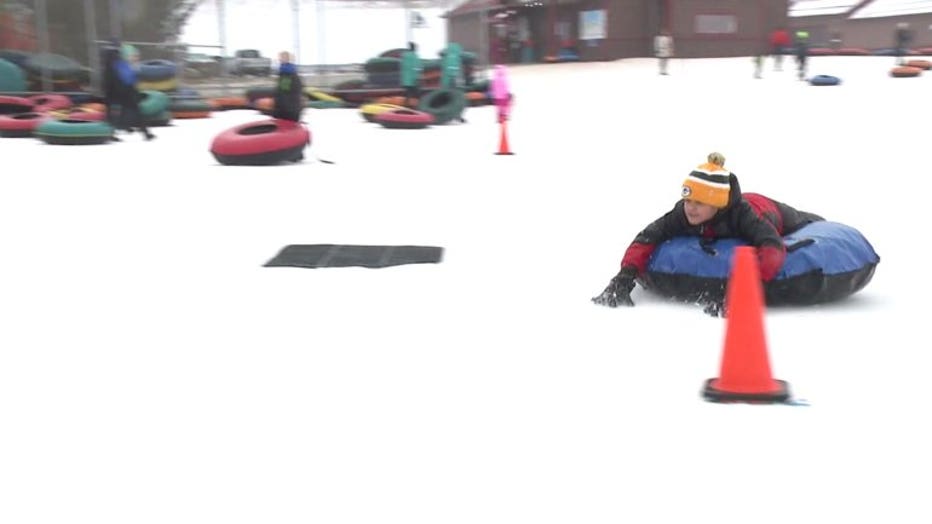 "My theory is, I complain about the Texas heat all the time, so whatever the cold is here, I'm just going to accept it, whatever it's like," Radcliffe said. 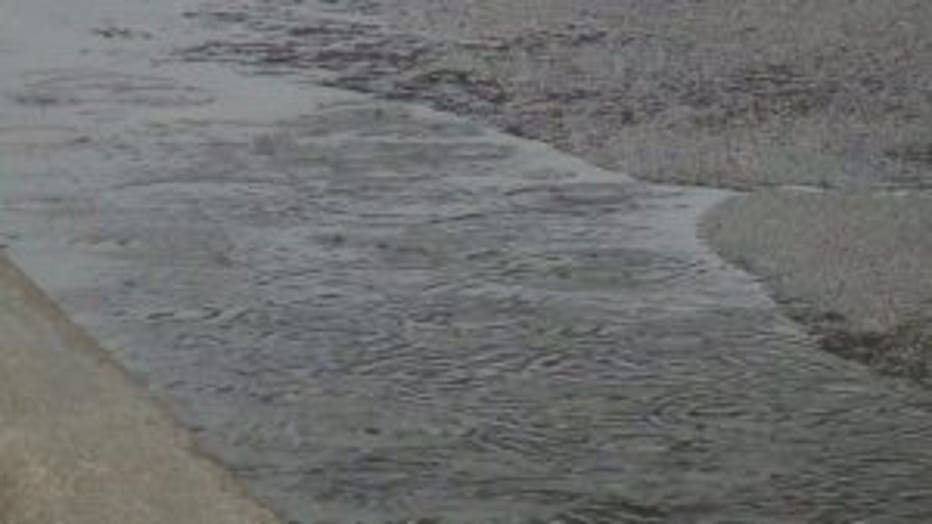 But with the forecast turning to snow by evening, those behind the wheel were doing the opposite of those on top of an inner tube.

"Slow down, slow down," said Pete Sauer of West Bend. "It's starting to ice up the further you head north of out of Milwaukee through Menomonee Falls and Germantown. It's getting really slick."

West Bend drivers said the mess on the roads didn't mean they weren't going to celebrate the start of 2019.

"We'll be walking and then maybe taking the taxi home," said Lynette Tucek of West Bend. 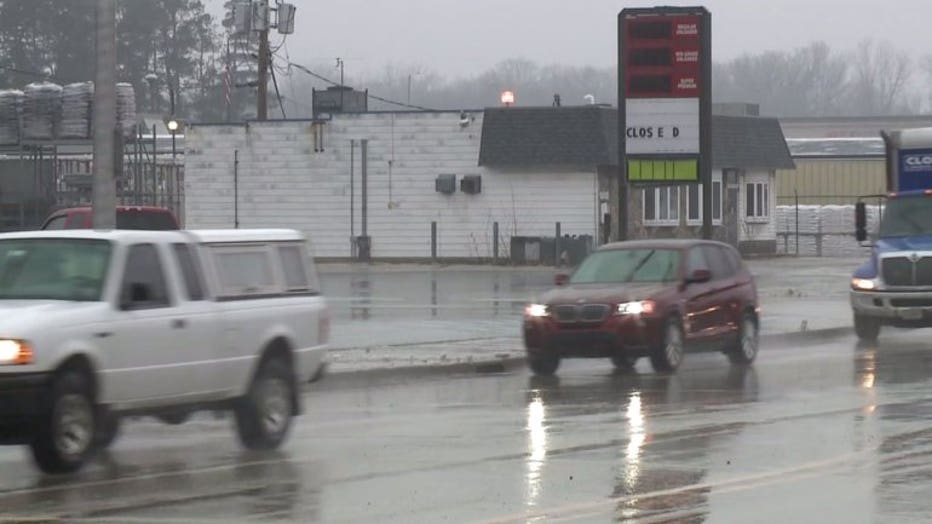 When it is us versus Mother Nature -- the best way to have fun is to play it safe.

"A lot of things to look forward to. Playing it different. Going to go ever headstrong into it," Sauer said.