LAKELAND, Fla. — Surveillance video shows a naked man driving away from a Florida storage center in a stolen pickup truck loaded with a statue of a large, black and white checkered swan.

Now deputies are looking for the swan that was stolen last weekend. In a Facebook posting Thursday, Polk County Sheriff's officials said they know "it's got to be hard to hide one of these," adding, "Someone has seen it." 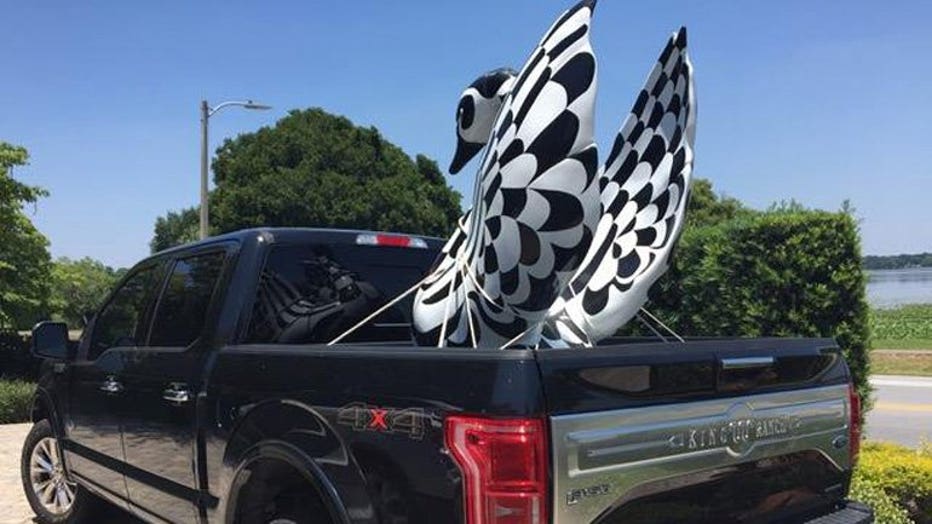 Investigators say they've found the truck that was reported stolen in a nearby county, but they still don't know why the man was naked as he apparently tried to break into Lakeland Cold Storage.

The video below shows the man holding a white bucket in front of his body as he tries to open doors at the storage center in Lakeland, which is between Orlando and Tampa.