A shelter in place has been lifted for the area of Hartridge Drive in Hartland.

HARTLAND, Wis. - Law enforcement was called to the 400 block of Hartridge Drive in Hartland around 2:30 a.m. for a domestic violence incident, a release said.

The victim and children were safely evacuated from the home, according to police. 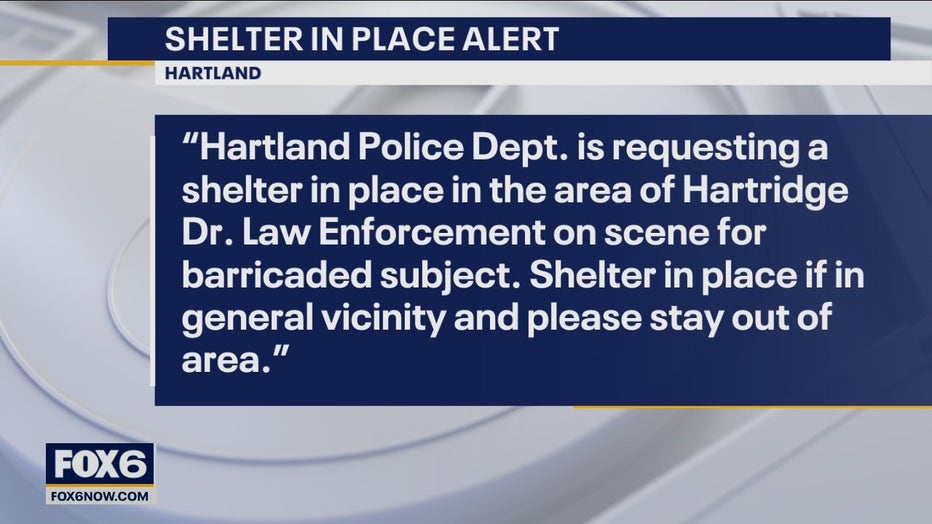 Alert issued to those in the vicinity of Hartridge Drive.

The suspect was believed to be armed with an axe and responding officers were unable to determine if the suspect was still in the residence, so a shelter in place was issued.

The Suburban Critical Incident Team was requested to assist in communication efforts with the suspect.

The suspect was taken into custody without incident outside of the home several hours later and the shelter in place was lifted.