RACINE COUNTY, Wis. - A semi fire snarled traffic on northbound I-41 near the CTH-K on-ramp in the Village of Raymond Monday morning, Aug. 30.

Racine County Sheriff Deputies responded to the scene around 5:10 a.m. Upon arrival, they located a fully engulfed semi at the end of the northbound on-ramp of CTH-K.

The driver was located out of the semi and was uninjured. 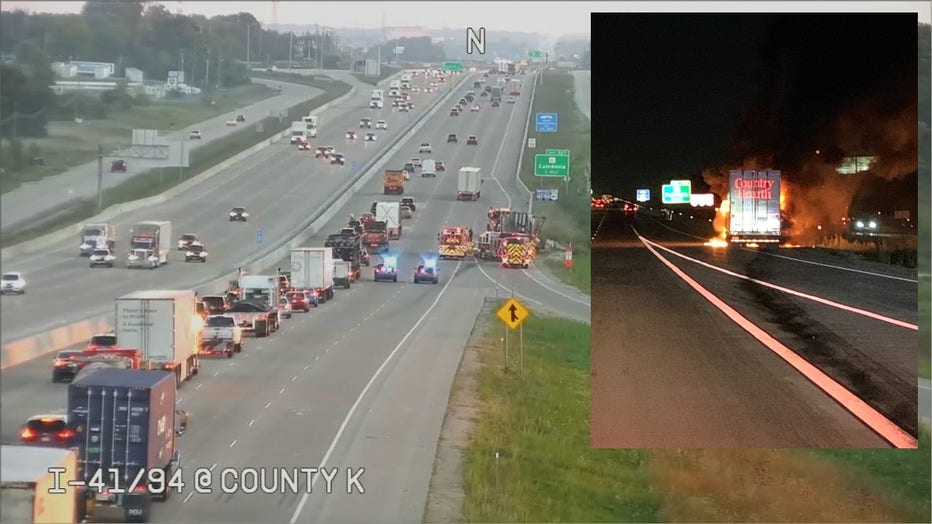 The cause of the fire appears to be a mechanical issue.

Two lanes and the on-ramp were closed for approximately two hours and opened back up to normal traffic flow.

One person is dead and another seriously injured following a crash and fire involving a motorcycle and sport utility vehicle in Oak Creek.

They're popular apps, but before you use one for a paycheck advance, the experts have advice to make sure you're not losing money.