MADISON -- A top state health official is giving emergency workers the green light use a new anti-choking device. The inventor said his design was inspired by a sink plunger, but FOX6 Investigator Bryan Polcyn found one big question remains about Lifevac.

In the field of emergency medicine, it's not often something entirely new comes along.

"It may be a terrific device. We just don't know," said Marc Cohen, executive director of the Wisconsin Emergency Medical Services Association (WEMSA).

It's so new, state leaders in EMS response don't even know what to call it. 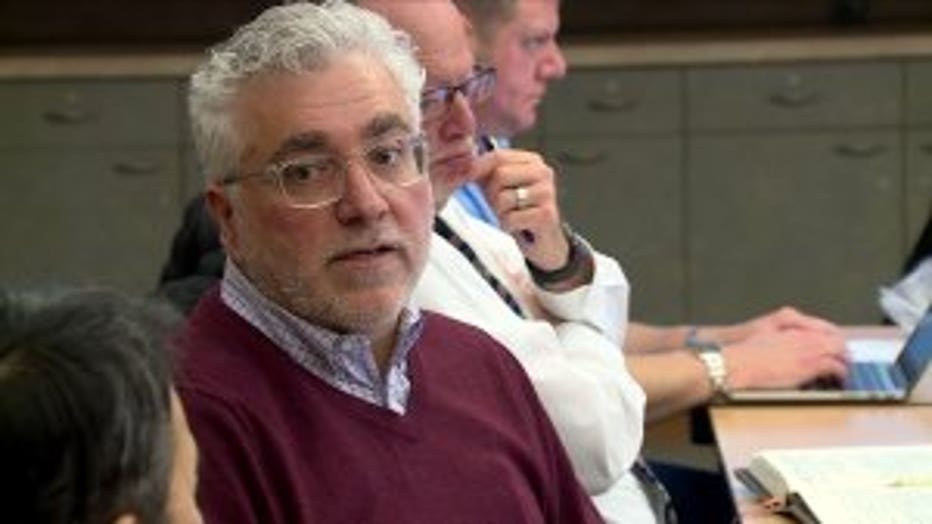 The inventor simply calls it Lifevac -- an anti-choking device inspired by a sink plunger.

"I'm not lettin' these kids keep dyin'. Plumbers unclog pipes. If we stop and take a deep breath, and realize that's what we're dealing with, I went and found a plunger," said Arthur Lih, founder of Lifevac.

"To me, that's different," said Jerry Biggart, chairman  of the Wisconsin EMS advisory board.

What inspired the room full of emergency medical experts to give the device a look is a 9-month-old boy.

"You don't ever imagine losing a child," said Courtney Bruegmann of Fennimore, Wisconsin.

In the fall of 2016, her son, Camynn Bruegmann, got got a rubber ball stuck in his throat.

"I immediately flipped him over and went like this (patting back motion). Nothing," said Bruegmann. 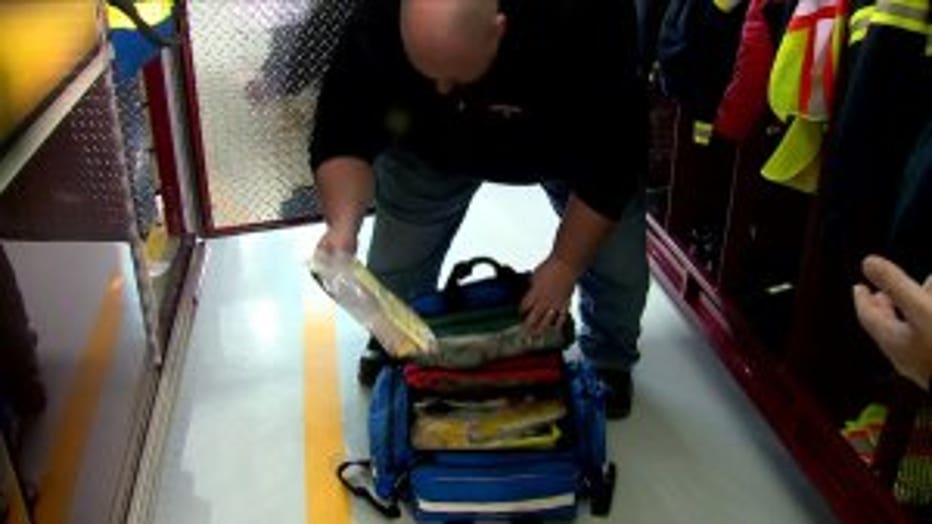 Fennimore Rescue Squad is the first EMS service in the Wisconsin to get approval to carry Lifevac on its ambulances.

"I did the same thing," said Matt Bruegmann, the baby's father. "Flipped him over on his back. Put him on my stomach. Tried to get it out. Pattin' him on the back. That wouldn't do nothing."

The local rescue squad tried, too -- without success. The nearest hospital was 15 minutes away.

"There's a lot of times we just, we run out of options," said Nathan Flynn, Fennimore fire chief.

"I looked at him one more time and I could see that he just wasn't there," said Courtney Brugemann.

Their family of five was suddenly four.

"If I would've just had one of these, maybe he would be here," said Courtney Brugemann.

Soon after Camynn's death, Courtney and Matt Brugemann learned about Lifevac. They ordered five of the devices and donated them to the Fennimore Fire Department.

"The EMTs are all for it," Flynn said.

But the chief said they have to follow protocols, and changing those takes time.

"It's actually quite a long process," Flynn said.

That meant getting the approval of Dr. Riccardo Colella, state medical director for the EMS Division at the Wisconsin Department of Health Services. 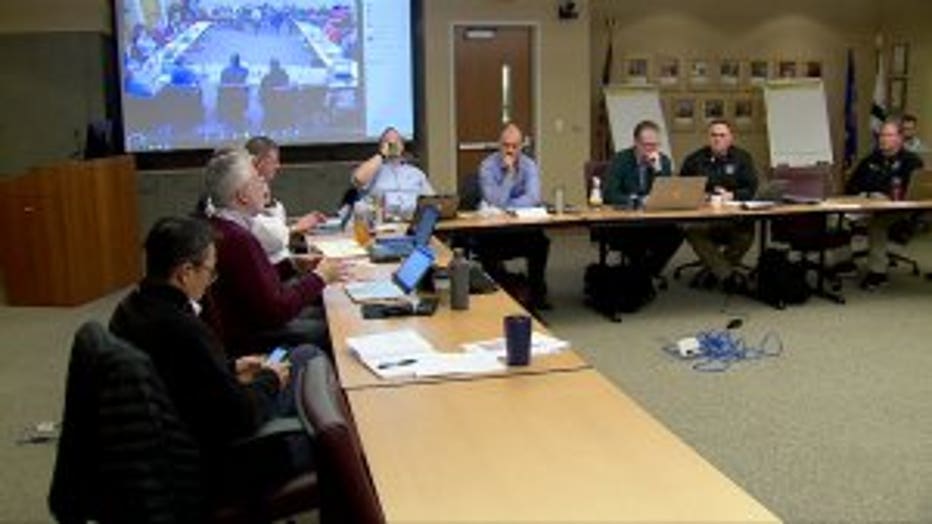 "The clinical evidence of this product is low to moderate quality," Dr. Colella said. "There's not a depth of literature that supports this."

"If this is something innovative and new that isn't currently being done, we should look at it," Biggart said.

In December, Dr. Colella delivered a report on Lifevac to the state's EMS advisory board.

"Clinically speaking, there is no risk to worsening an airway obstruction," said Dr. Colella.

But the bigger question is, can it really get a foreign object out?

"There are a couple of case reports. Again it's limited, lower quality data," Dr. Colella said.

Lifevac officials claim 18 people around the world have already used the device to save a life.

"This could have been the end!" said Angela Powell of Idaho Falls, Idaho, who used it on her mother-in-law when she choked on a piece of steak.

"One push, one pull. Just popped right out of her throat and into her mouth and she's like, 'I'm good. I'm good,'" said Powell.

Dr. Colella stopped short of endorsing Lifevac, but did sign off on the concept.

"I think there's not a lot of harm in using this. I think it seems fair to recommend the use of a product like this," he said. 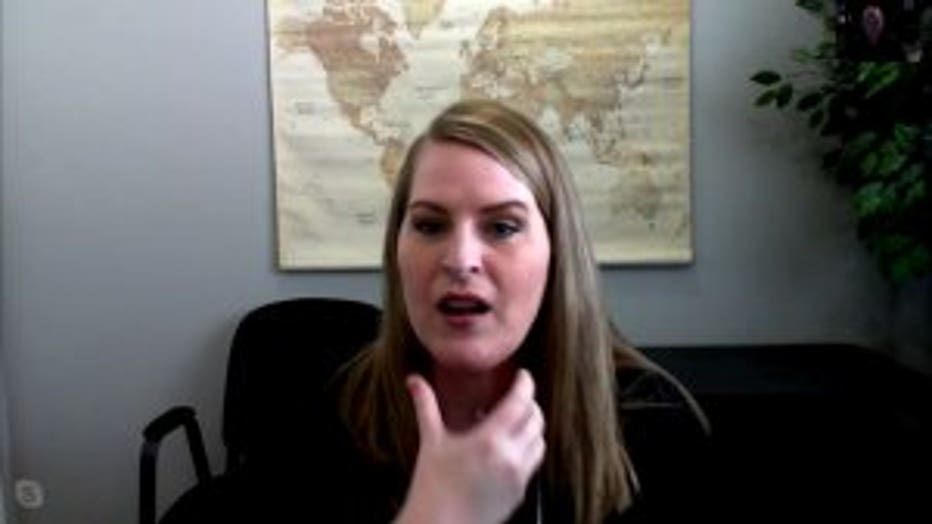 Angela Powell says she used Lifevac to help her mother-in-law who was choking on a piece of steak.

Bcause of that, the Fennimore Fire Department became the first emergency medical service in Wisconsin with Lifevac on board.

"It's extremely exciting to be part of a such a new piece," Flynn said.

"This could be really a game-changer," said Wisconsin EMS Association Executive Director Mark Cohen, whose biggest hesitation with Lifevac is a lack of real-life data. However, with Dr. Colella's approval, that could soon change.

"I think you will see more services trying to use this, and then there will be data," Cohen said.

It was welcome news for the Bruegmanns.

"I was just so overjoyed," Courtney Bruegmann said.

The family has found joy in short supply.

"We had the baby room all ready," Matt Bruegmann said.

As the two-year anniversary of Camynn's death approached this fall, they were due to have another baby boy, but when Ledgynn Bruegmann was delivered, he had no heartbeat.

"It was, I guess, a day you won't forget," said Matt Bruegmann.

"Why us? Why is this happening again?" said Courtney Bruegmann.

The shell-shocked parents said it's hard to make sense of all they've lost, and well-intended support does little to ease their suffering.

"Everyone kept saying, 'oh, he's perfect. He's perfect.' It's like, 'well, if he's perfect, then why isn't he here?'" said Courtney Bruegmann, referring to those who viewed the stillborn child after he was delivered.

The tragic loss is all the more reason they want to spare others the pain of losing a child, even though they know there are no guarantees that Lifevac would have saved Camynn.

"They go limp in your arms. You want that option. Tell me you wouldn't. You'd be crazy if you didn't," Matt said. 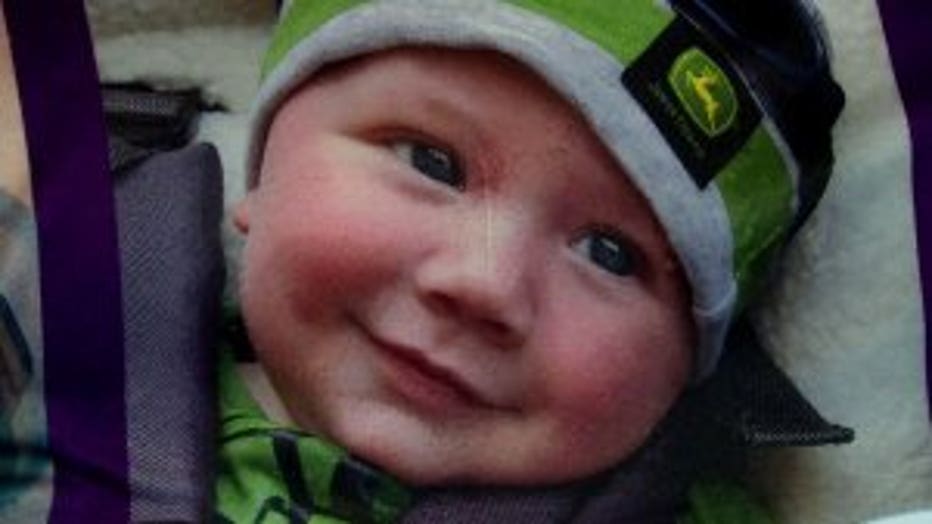 Camynn Bruegmann died in October 2016 when he choked on a rubber ball.

They know nothing will bring back their little boy, but what he started could be something much bigger.

"He made such a big impact (in) his short life here," Courtney Bruegmann said.

While the Fennimore Fire Department is now approved to use Lifevac, Chief Flynn said it is only a last resort -- to be used when other anti-choking methods -- like the Heimlich maneuver -- fail.